The evening entailed an intimate set by the rock band, Arkells while guests enjoyed a delicious NOLA-inspired family-style dinner curated by Toronto chef and restaurateur Suzanne Barr (think: corn and mussels, sausage and grits, mushroom PO boys and much more) while sipping on bespoke Crown Royal whisky-based cocktails, all named after iconic Arkells songs. The theme was inspired by the band’s adoration of New Orleans culture, from the sights, sounds and smells of the unique city. Their ambition was to bring the Bourbon Street flare to Toronto, and boy did they ever. 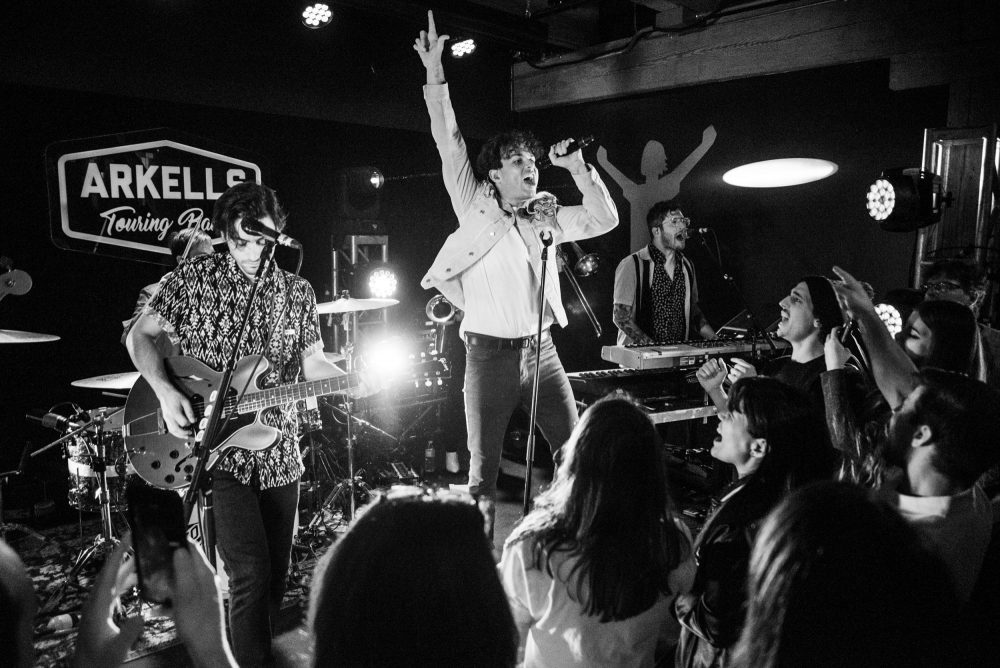 Okay, full disclosure: I love Arkells. Going to concerts, gigs and acts is chief among one of my favourite things to do, but over the last nine years of being a fan, an Arkells show is unlike any other, because it feels like a personal encounter, whether they’re captivating a crowd of 15,000 belting fans, or at an unassuming venue in Munich, Germany. They love what they do, they love their fans, and each experience you get to share with them feels brand new. Having the chance to sit and interview the band’s lead singer and guitarist Max followed suit. Although, calling it an interview doesn’t justify the experience; it felt more like I was catching up with an old homie, reminiscing about the last time we saw each other and laughing like it was old times (sidebar: we’ve never met before).

You’ve come a long way from your Jackson Square days and it’s cool to see that progression and transformation over the years. Your fan-base values that no matter where you are playing, it feels like home. Is this an important element for you as a band?

Over the years, whenever I go to a show and see one of my favourite performers, I always try to pick up tricks and see what makes them good at their job. I remember seeing Joel Plaskett, who’s one of my favourites, performing at The Casbah [Hamilton]. He was telling stories on stage as he was playing and he mentioned a bunch of Hamilton references. It was clear that Hamilton is a place that he’d played many times before and he remembered like the names of the streets and some of the places that he visited. And when he dropped those local references, I just felt so much more connected to him. So for us, it’s a great way to build a bridge between the band and the crowd. I think it’s become a part of our show to be thoughtful about the history and connection of the cities that we’ve played in.

That’s what draws everybody in. And is a good segue into what this evening is all about, as it is inspired by your travels to New Orleans. It has evidently influenced the colours, sounds, and brass instruments at your shows, and I’m always struck by that. What was your experience there like?

It’s a pretty magical place with so much personality. You meet people and you visit restaurants and bars. But the one thing that really stuck out to me was the street performance. There are groups oftentimes of young men who are just playing these brass instruments and are just performing and making money on the streets.

I know when I saw that, I was like, we need something like that because there is so much spirit and personality in the way they performed. And lucky for us, there are some amazing brass musicians here in Toronto and they’ve become a part of our collective. The Northern Soul Horns who play with us said to me, yeah let’s do it.

They’re awesome. So, how many times have you travelled to New Orleans?

I’ve probably been there four or five times.

And what are two or three things you would recommend for a first-time visitor?

You know, everybody talks about Bourbon Street. I’d say Frenchmen is the more underrated spot in that area of the French Quarter. So I’d, I’d recommend checking out the Freshman streets.

That’s a great recommendation. How about Hamilton? What are two or three things you would recommend there?

My local coffee place is called Salty Espresso. They’re very good. It’s on John and Augusta, about 30 feet from my house. And actually, Nick and I own a little bar with some friends called Odds. It’s a little sports bar. It’s at Augusta and James. Merit Brewery is great too.

So you guys love to travel, and outside of New Orleans and Hamilton, how has this partnership with AIR MILES influenced how you travel and expand your reach to your fans and beyond?

I guess for us it’s like we’re always looking for people to collaborate with that want to have a good time. People who are flexible and truly collaborative. So when AIR MILES said, hey, want to get involved in a party that involves food and an intimate performance? We were like, okay, this sounds interesting. Then we were like, what if we paid tribute to New Orleans? And they were like, yeah, we like that, okay, let’s do it. 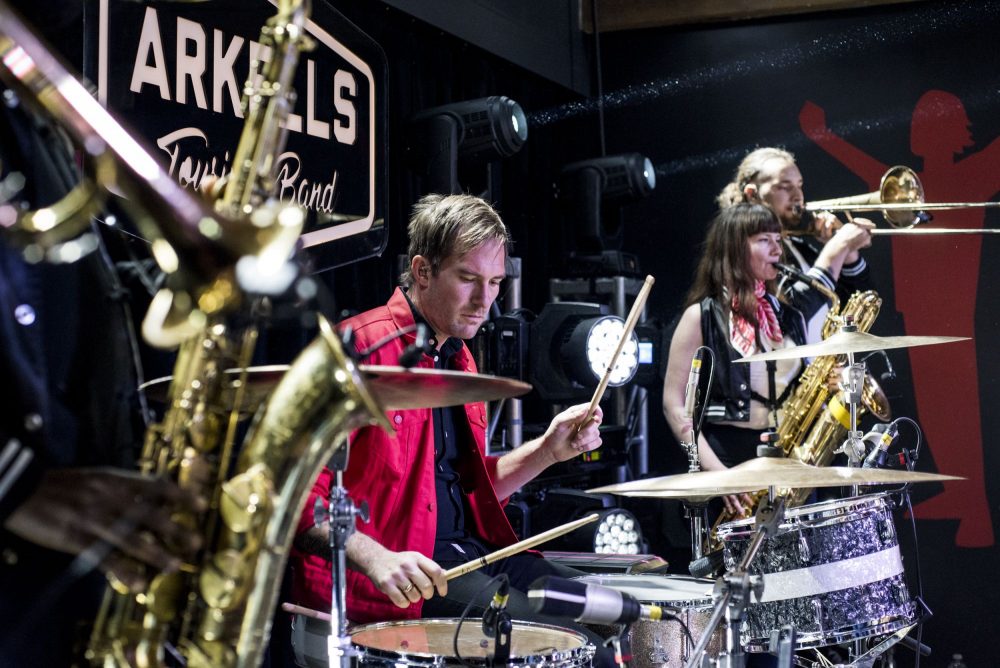 It feels like every experience you share with your fans is a celebration of what is timely and relevant in the world, for example having Nick Nurse play the guitar on stage with you at the Budweiser Stage in Toronto this summer. Your lyrics are politically charged and culturally relevant. How does everyday life influence your creative process?

Yeah, I mean I think that ultimately – and I’d tell any musician this – that you want to write about the things that fire you up and get you excited to sit behind a guitar or at a piano. And for us, a lot of times its politics, it’s things that are happening in our community. I think on the last record, we definitely created songs about how we fit in the world and explored the questions that we’re asking about ourselves about who we are.

And that’s why we love to love you, Arkells.