The work, passion and legacy of Toronto-born filmmaker Rob Stewart will most definitely live on long after his untimely death.

The filmmaker – who seemed to be friends with everyone (including Richard Branson) – gained fame for his 2006 documentary, Sharkwater, in which he exposed the decline of the shark population at the hands of humans. It scored the largest-ever opening weekend at the box office for a Canadian documentary, and resulted in changes to government policies on shark finning around the world.

Now, Cineplex will honour Stewart by hosting screenings of Sharkwater at select theatres across Canada next week. Funds from audience donations will benefit WWF-Canada, with money raised directed toward continuing the work of Stewart. 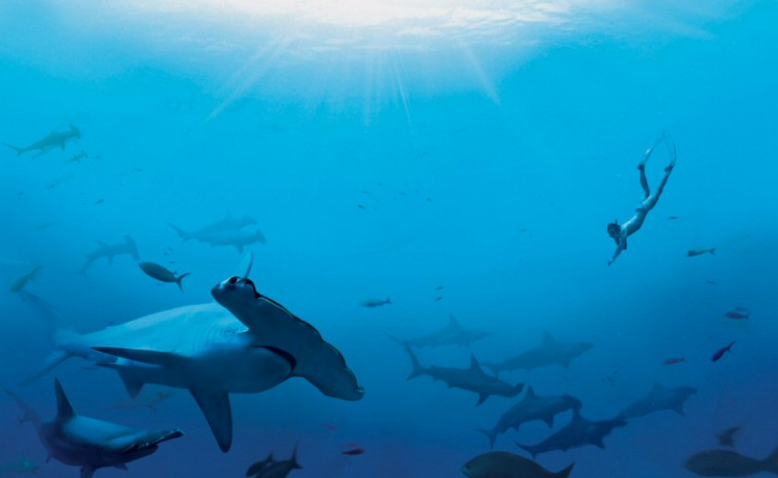 Stewart was also known for his documentary Revolution (which he chatted with us about), and his memoir Save the Humans. He was working on a follow-up to Sharkwater called Sharkwater Extinction when he went missing off the coast of Florida earlier this month while on a challenging scuba dive. His body was recovered three days later on the ocean floor.

Stewart’s extensive network of friends, colleagues and family have vowed to keep his memory and initiatives alive, including the completion of Sharkwater Extinction.

Free tickets for the February 25 screening of Sharkwater will be available at the box office in exchange for a donation to WWF-Canada. If you haven’t seen it, you really should. Check out the trailer to see what you’re missing:

“Sharkwater — A Tribute to Rob Stewart” events will be held on Feb. 25 in:

A Toast to Rob Stewart
A Notable Must-See: Revolution