Scoring 100% on Rotten tomatoes, a segment on the Ellen Show, and most recently poked fun at by Saturday Night Live, “Cheer,” a 6-part Netflix docu-series, is here. And trust me, the buzz isn’t just mat talk. 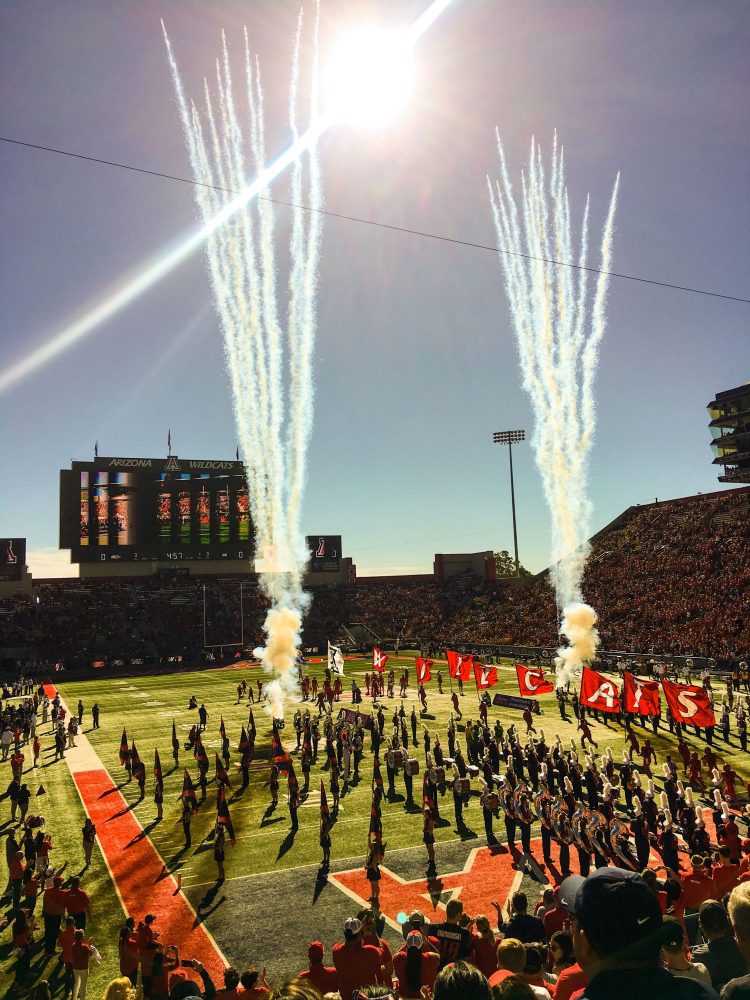 Cheerleading has gotten a bad rap in the media, and this docu-series finally cracks the superficial facade of Stepford wife-Esque, mean girls wide open…exposing the grit, the heart, and the transformational aspects of the sport. It touches on the hard-hitting, messy moments and growing pains that this sport has provided for many athletes all over the world— including me.

I began cheering at age 11, when I found cheerleading to be a natural progression from gymnastics and power tumbling. Today, the competitive cheerleading classes start at age 3, so basically if you can walk, they can teach you how to tumble and stunt. I can say, I was skeptical about a show on the sport that raised me. Would they play up the stereotypes? Would the editing take away the truth of the discipline and devotion we poured into our multiple weekly practices? Would it make the audience understand what those 2 minutes and 30 seconds of pure heart on the competition mat meant? And how the competitions were never even the best part?

I watched the entire thing in 48 hours and honestly, that would have happened even quicker if my boss had given me the day off…to laugh, cry, and take an emotional and empowering journey down memory lane to the sport that I call my home.

The truth of the matter is, whether you have any idea about the reality of the cheerleading community or not, “Cheer” takes you on a journey of growth, setbacks, faith and triumph— but maybe not in the ways we expect.

As the fight for the mat unfolds in this 6 episode arc, we learn quickly how Monica Aldama, Navarro’s head coach, is a woman of few words. Her intensity, drive to win, and dedication to her sport is something we, as a society, rarely ever see in media portrayals of women. So, Netflix, thank you for that. Aldama is praised (and rightfully so) for seeing the light in athletes who are labelled as misfits and troublemakers and cultivating growth and discipline in them. We get a glimpse into the lives of Lexi, Jerry, Morgan, among others, and what we begin to see is that this community, the expectations and being held accountable in order to continue to participate, brings structure to these young peoples’ lives. A structure that many of them have never experienced before.

The most notable things about each character, the traits that the show helps you discover along the way, are exactly the traits that I have developed over my many years cheerleading, coaching, and ultimately running a gym. The traits that they hone in on in the show, such as teamwork, confidence, leadership, and perseverance, are the traits I am most proud of in myself to this day. And they continue to serve me day in, day out in every facet of my life.

The show does a fantastic job of depicting the element of the community. Whether you’re drawn in by Jerry’s “mat talk” (AKA cheering his teammates on throughout their routine) or pulling for prickly Morgan as she gets thrown into new skills, you’ll be cheering from your couch as you watch them come together as a team. They have each other’s backs.

Most people would probably wrongly assume that the cheerleading world is akin to the scene from “Mean Girls” where they all turn into wild animals preying on each other. Funny thing is, in all my years of experience, as well as in the show, we hardly ever had those catty high school experiences. More than anything, I believe the sport empowers and fosters deep female friendship (not that all teams are made up of only females). But instead of pitting women against one another, this sport helps us build our teammates up, teaching us that it takes every individual to show up as their best self to lift up the team as a whole. It is this bond that often turns young and budding friendships into the lifelong friendships that endure and remain long after the competition is over.

With over 45,000 cheerleaders in Canada and between 4 and 5 million cheerleaders in the United States, it is a niche market that is growing exponentially with time and exposure. With “Cheer,” the cheerleading community is being seen on an international platform for the first time and is beginning to shed its toxic and superficial skin.

In the cheer community, there is a place for everyone. No matter what your background or body type, if you have the desire to learn, to stay the course and to lift those around you up (literally and figuratively), it has a place for you. I should know — it held a place for me for over 20 years.

To tie it up in a sparkly bow, this community undeniably and inexplicably changed my life and the trajectory of who I would become forever. It’s hard to understand what that means unless you’ve participated in something similar, where you put your heart, soul, and mind into something as deeply as I did. “Cheer” on Netflix will leave you with a taste of sweat, blood, and accomplishment (and likely a few tears) but it will also show you that pyramids aren’t the only thing we build in this sport — cheerleading also builds character… it builds people. It builds friendship. It builds community.