But one Canadian is trying to prove that something incredibly helpful has been in front of us all along.

He believes that he can extend their lives through a structured, high-intensity workout regimen. That’s right: exercising could help save the lives of cancer patients.

Of course, it’s not the most surprising thing in the world that exercise can help make people healthier, but this would be the first major study specifically looking at it’s effect as a complimentary treatment to current prostate cancer therapies.

“We want to actually prove [exercise] does more than just makes you feel better and actually prolongs your survival,” explained Saad to Global News.

The study, which is reportedly the largest research project to be funded by the Movember Foundation, will cost an estimated $10 million. Prostate cancer patients who have run out of treatment options are being asked to join the randomized trial, which is currently taking place in Australia and Ireland and will be launching in Vancouver, Calgary, Edmonton, Toronto, Ottawa, and Montreal in the coming months. 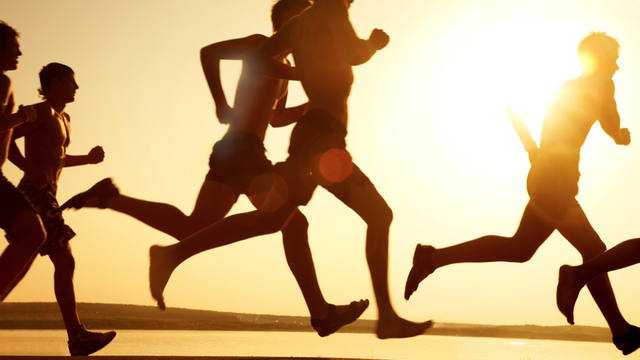 Dr. Saad said that life-prolonging cancer drugs can cost roughly $50,000 a year for one person and can take a serious toll on patients. Many patients often lose their hair and endure physical pain and complications from their treatments.

According to Dr. Saad, chemotherapy side effects are lessened by exercise, as frequent exercising can help strengthen a patient’s bones and muscles. Not to mention, exercise will help keep a patient in shape and keep their mind off the treatment.

The international researchers leading the study believe that if patients are able to tolerate more therapy through the exercise study, they’ll be able to live longer.

And although researchers won’t be able to have accurate results for five years, they are betting that exercise could become a helpful tool for patients battling prostate cancer.