Have you ever noticed that the cutting board has remained more or less unchanged for decades? Probably not, because it’s just a cutting board – but that doesn’t mean it isn’t open to innovation.

In an age of constant kitchen upgrades and “smart appliances,” it only makes sense that something most of us use on a daily basis gets an upgrade. And it has – the cutting board as we know it has “gone under the knife” with a little facelift thanks to two Toronto-based entrepreneurs.

The team behind the Baffi collection of wooden pocket squares have invented the Swiss Army Knife of cutting boards. Basically, it’s the kind of thing that will make you want to cook even if you hate it.

The Ultimate Cutting Board is a central station inside your kitchen.

It’s complete with two 4-oz measuring cups, a juicer, a cheese grater, a drawer for knives, a mandolin slicer, disposal drawer for scraps (a key feature, in my opinion), and a detachable serving tray. 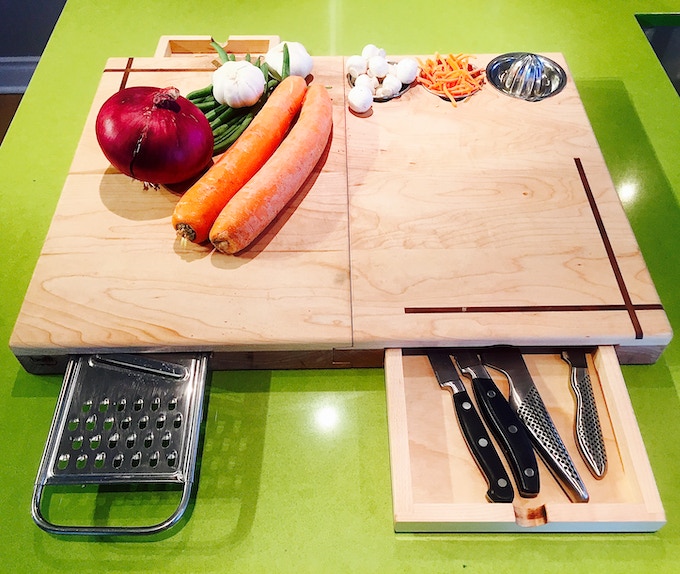 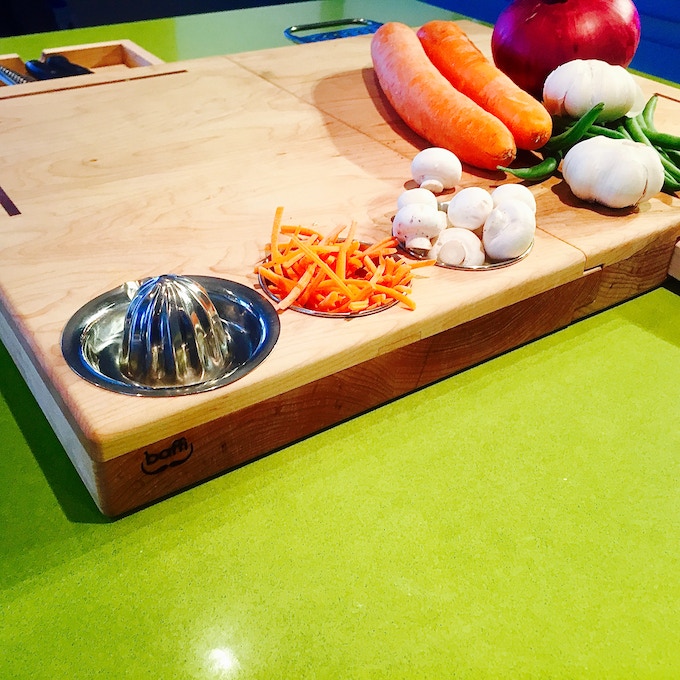 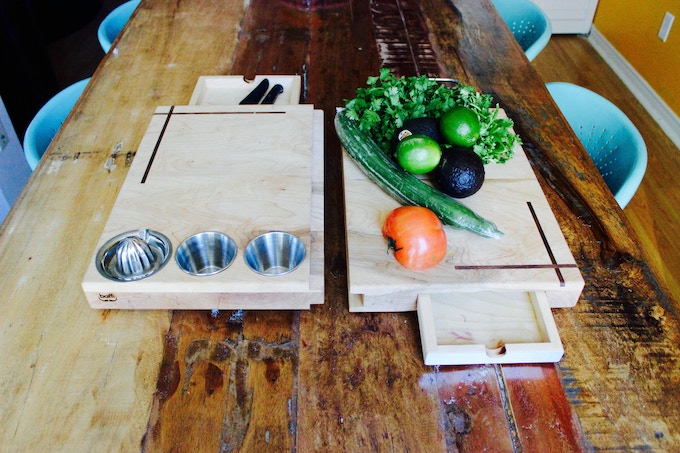 If you’re a germophobe, you’ll appreciate that the cutting board is made from maple, one of the densest woods available. And super Canadian. The grain in the wood is so tightly packed that it’s virtually impossible for bacteria to grow within it.

The board easily separates into two, making for quick and easy serving platters and easy cleaning and storage.

Before you get too excited at the prospects for its holiday gifting potential, the product is currently a prototype, and a Kickstarter page has been started to fund its production. You can expect the cutting board to be delivered April 2016 – just in time to kick off wedding (and wedding gift) season