Despite our reputation as a “clean” country, our environmental record is anything but squeaky.

According to research from the International Energy Agency (IEA), Canadian drivers emit the most carbon per kilometre driven in the world. 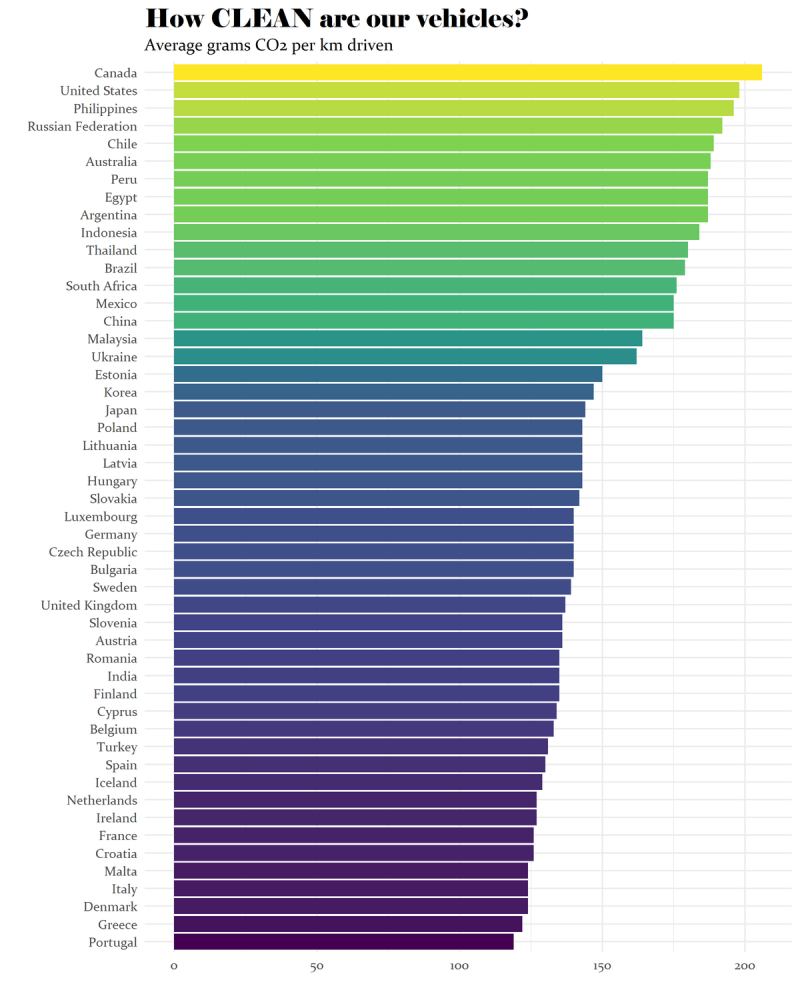 We also suffer from the worst fuel efficiency of any country in the world, and drive the largest vehicles. According to the IEA report, in 2017 61 per cent of new vehicle sales in Canada were SUV/pickup trucks – the highest share in the world.

Canadians also lag behind many other countries in hybrid and electric car adoption. This is despite the fact that British Columbia has pledged to see every car sold in the province be zero-emission by 2040, as well as a federal $5,000 purchase incentive for Canadians who buy green cars. Furthermore, a Liberal-mandated carbon tax adds 4.4 cents per litre to the cost of gas, which will rise to 11.1 cents per litre by 2022.

Now, it must be said that comparing a country like Canada to, say, Peru is a little unfair. The reality is Canadian drivers need to cover much longer distances in significantly harsher weather than drivers in most other countries in the world. It should come as no surprise, then, that four of the six biggest polluters are also among the largest countries in the world.