If all you knew about our economy derived from soundbites by Prime Minister Justin Trudeau, you’d think we’re living in a utopia. But such is not reality, and Canada’s economy is, in fact, a little shaky.

According to the latest IMD World Competitiveness Ranking, Canada’s economy placed 13th out of 63 countries based on 235 indicators across four categories  – economic performance, infrastructure, government efficiency, and business efficiency.

While 13th isn’t terrible, it’s the lowest Canada has ranked since the survey’s inception in 1997. Canada’s strongest performance was in 2004, when our economy was considered the world’s third-most competitive.

The world’s most competitive economies are: 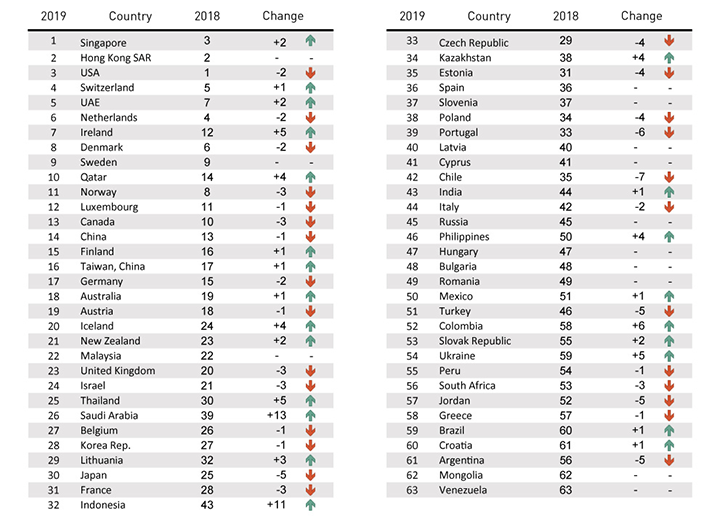 Some of the problems plaguing Canada’s economic competitiveness include creative stagnation, low ambition, a lack of foreign capital, difficulty scaling small enterprises to become large corporations, higher tax rates than our primary competitor to the south, a labour shortage, and the risk-averse nature of our entrepreneurs compared to those in other countries.

Expanding on the last point, it’s important to consider that perhaps Canada isn’t necessarily in decline, but that other economies are on the up. That plays a significant role in an increasingly globalized world in which countries compete for others’ investments.

Of course, that also means there are some factors that are objectively good for people but perhaps not so advantageous for business. Namely, higher wages and falling real estate prices.

Notably absent from the conversation is consideration for how economies are contributing to or fighting climate change. In that regard, Canada might slip a little lower.