Canada has a reputation for life in the outdoors and a stellar healthcare system – even if “it’s way better than the U.S.” is hardly reason to celebrate.

Lending some credence to this idea, a little something called the Indigo Wellness Index has just recognized Canada as the world in wellness. This was determined by scoring more than 150 countries based on 10 key metrics: blood pressure, blood glucose, obesity, depression, happiness, alcohol use, tobacco use, exercise, healthy life expectancy, and government spending on healthcare.

Interestingly, many of the economies that usually feature alongside Canada in these types of rankings are absent. In fact, there are only two other G20 countries in the top 10. That’s because many major economies, like the United States, suffer from poor scores in categories like depression and obesity.

Here’s a cool visualization of the ranking: 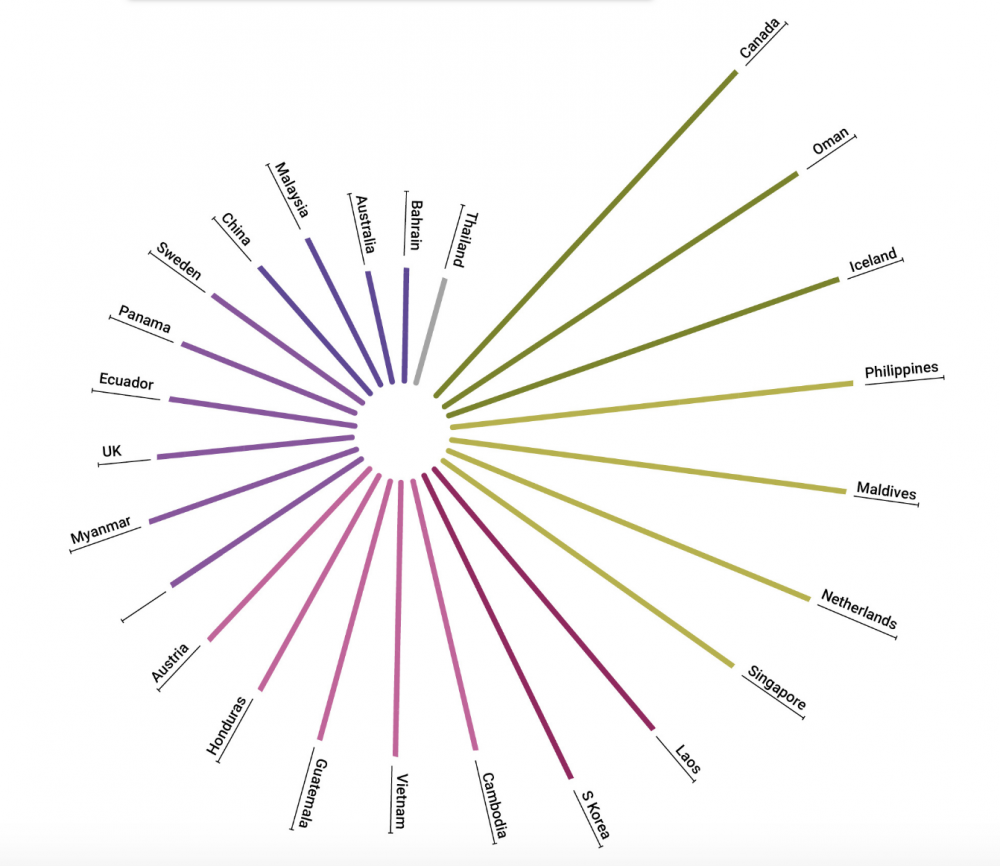 Canada is also by far the largest country ranking near the top. The top five is rounded out by Oman, Iceland, the Philippines, and Maldives, respectively. So, what gives? According to the data, all of these countries share a few common wellnesses: low tobacco use, low alcohol use, general happiness, and healthy blood sugar levels. The one hit against Canada is a not-ideal obesity rate. Check it out: 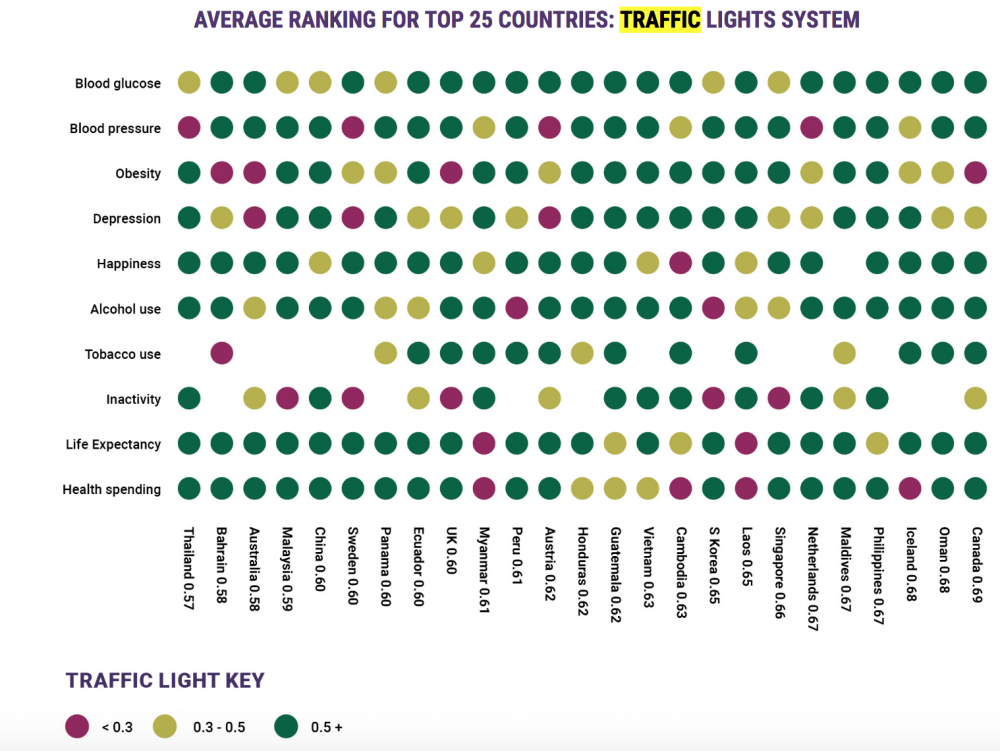 I recommend checking out the full analysis here.