For the fourth year in a row, Canada has been recognized as having the world’s best quality of life.

It should be said that this was determined by asking 20,000 people around the world which country they perceive to be the best in a number of categories ranging from jobs to safety. Whatever, perception is reality!!!

The study points to Canada’s northern wilderness and willingness to welcome those from countries lower in the ranking as key pillars of our national identity. Canada was also recognized for its strong tech industry and, uh, oil. Not bad! 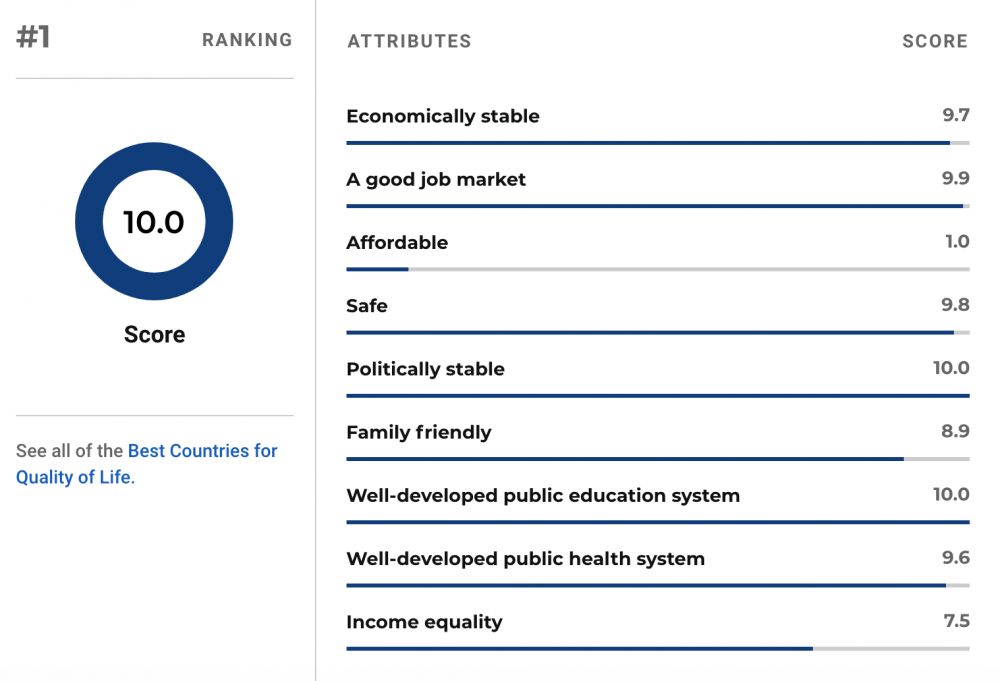 Perhaps best of all is seeing countries which are getting better than us at hockey form an orderly queue in places 2 through 5. Sweden ranked second in quality of life, followed by Denmark, Norway, and Switzerland. The United States finished in 17th, which may as well be last.

Check out the full ranking here.