Music has been a part of Brick Grillins’ life since he picked up the sticks for his dad’s Pearl drum set at five years old. An underground rapper from the Toronto area, originally born in New York, Grillins’ sounds are reminiscent of Toronto R&B vibes with the adage and attitude of Miami and Atlanta trap. The gritty heavy beats and unique flow you hear on his Soundcloud are sure to multiply with even more strength on his next release this summer: East Jenkins. 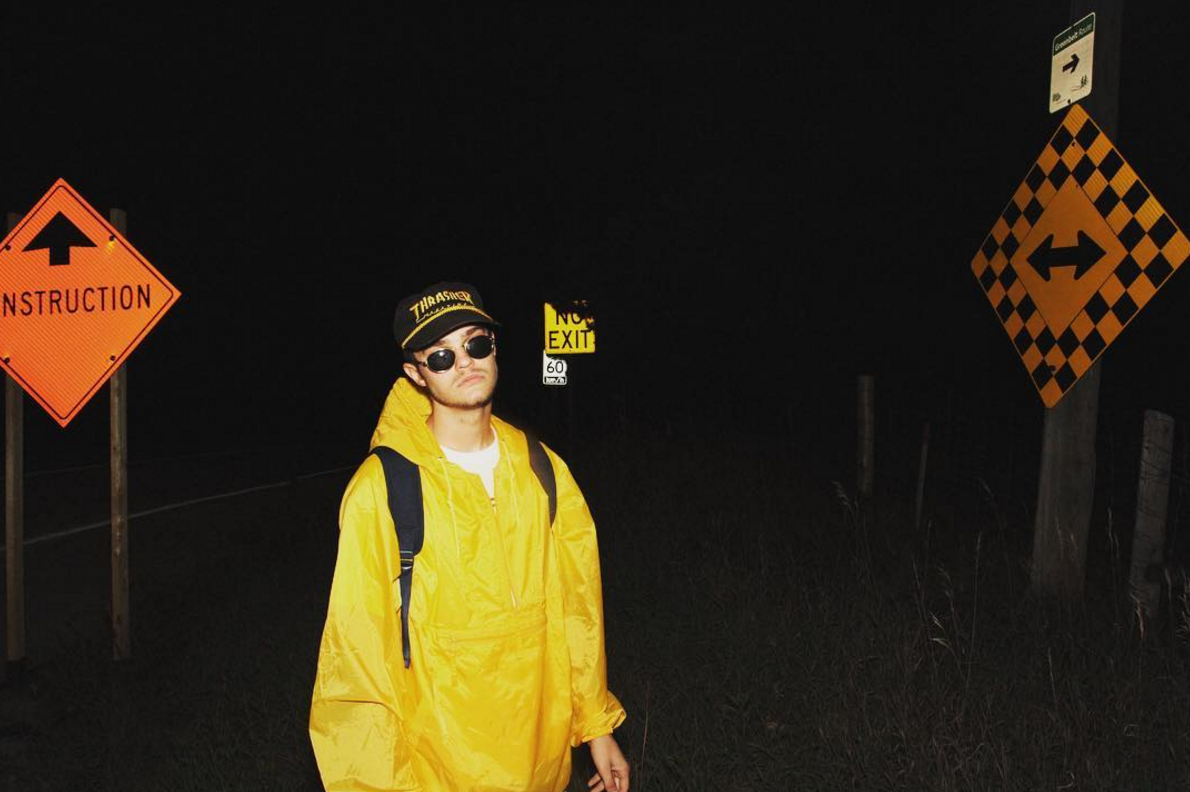 When Grillins was first meeting artists in the Toronto area he noticed the music they were writing wasn’t representing what they were like in real life. He still loves the Toronto music scene and what it produces but, authenticity in music is something he’s always believed in and to him, Toronto doesn’t have it all the way through.

“It was inspiring for a lot of reasons cause’ they weren’t drugging themselves or going to substance like the way they were making music about it,” Grillins says. “They were level headed people they weren’t really anything like the way I was attempting to be at that point. Which is almost refreshing.”

Now Grillins tries to practice what he preaches by putting that kind of authenticity in his new projects which means more grit than what Toronto offers. So he’s making moves in L.A. and Miami, where he says a good portion of features for East Jenkins will come from. With the help of L.A. based music journalist Hef and R&B artist Ricky Anthony, he’ll be working there within the year.

Music only started to be a serious part of his life when he returned from schooling in Oklahoma in 2013. His time there, a little over a year, remains the biggest source of inspiration for the music he’s made in the past and for East Jenkins.

Oklahoma is where an injury put him out of a baseball scholarship, where he got involved in the gang world, and where he eventually suffered through events leading to PTSD he’s recovering from to this day.

In late 2012 Grillins’ father was ten years out of a job working finance in New York. So the scholarship ride he got from his baseball talents to study at Northwestern Oklahoma State helped pay for most of his tuition. With a major in exercise science and a minor in business things were going well for him there in his freshman year. He was a great addition to the team, he made plenty of friends and he did well in his studies.

Towards the end of his first year Grillins pulled his rotator cuff, putting him out of the baseball team indefinitely and making his scholarship nil. It not only affected him on a personal level but, being an international student from Canada medical bills put him in an uneasy financial situation. He surgery could get covered but, just one MRI could gouge him for thousands.

“Everything I defined myself by was kind of taken away from me. I felt like I needed to attach myself to something,” Grillins says. “That’s how it all started but when I started making the music it was kind of derived from that because emotionally that’s what I was going through.”

Grillins transferred to a school closer to Oklahoma City for the 2013 fall semester and this is where he found connections to the drugs with which he coped. But he wasn’t just getting them for himself. Grillins was pushing drugs through his school for members of the Bloods gang based in Oklahoma City. Though he was never a true member of the gang – they were more or less outsourcing with him to increase their reach. Through him they could push drugs to students, his former coaches and members of the athletic department as well as various school faculty.

“It was wild. Wild wild wild. It was just a method of self-soothing and trying to find a place where I felt like I belonged but I did it completely wrong,” Grillins says. “They acted as friends and I just got way too deep and saw way too many bad things.”

One night Grillins saw a man get beaten past the point of unconsciousness. The gang members carried the man, now a bloodied dead weight, into their car where Grillins sat directly next to him in the middle back seat. When the car got moving Grillins was asked to push the man out of the seat and onto the road. Being someone who had never seen such a thing in real life, he couldn’t bring himself to do it, so someone else did. He had to move over and sit in the still warm seat.

Grillins has “crazy stories and they get worse” but, openly discussing them all could have consequences for himself and others.
“Most of what damaged me was from what I saw, not what I did,” Grillins says. “Thankfully, morally for me that’s a big part of my recovery right now is knowing that I didn’t participate as much as I could have.”

Going forwards, Grillins now has a psychotherapist that helps him work through the trauma he experienced almost four years ago now, and participates in addictions counselling to work on his previous substance abuse. With this he’s been able to make his music, and himself, more genuine. He has even started using voice memos from his therapy sessions in his East Jenkins project to contrast what the music represents.

“It was still a pretty drugged out time in my life and all that is still pretty drug derived,” Grillins says. “So I want people to feel like I am still in Oklahoma – East Jenkins is actually the street I was living on during all this.”

Grillins also wants to use his experience to connect with his fans and create something that makes it more natural and beneficial to talk about mental illness. He even keeps his Twitter DM’s open for anyone who wants to talk to him and relate. That same Twitter has a pinned post explaining the delays and inspiration behind East Jenkins.

“It’s really weird having to expose myself and make myself vulnerable,” Grillins says. “But I feel like it’s necessary to push the music forward.”