If you’re a young professional (YP) living in Vancouver, chances are you have very few complaints about this beautiful city.

You may have caught it in our 20 things you need to know before moving to Vancouver post – the mountains, the ocean, and the laid back lifestyle are all reasons why we love where we live.

And while Vancouver tops quality of life rankings for North America, trust us when we say that it comes with a very expensive price tag (especially compared to our counterparts in Montreal and Toronto).

So we’re breaking it down for you – this is how much it will cost you to live in Vancouver. You might want to pour yourself a (cheap) drink to make sure you’re still in an okay mood after reading this…
Beauty has its price, so we say, work harder, push farther, and get yourself to the top.

HOUSING
We won’t even get started on what it takes to own a home, because we don’t want to upset anyone here.

When it comes to renting, not only is finding apartment a challenging because of the low vacancy rates, but your rent will take a big chunk (if not all) of your bi-weekly paycheque.

According to Numbeo.com, a website that compares costs of living in global cities (using crowd-sourcing), the average monthly cost of renting a one-bedroom apartment in Vancouver $1565.33.

Of course, there are ways to drive down this cost – living outside of downtown, opting for a bachelor vs. a one bedroom and, of course, living with roommates. But this rate is pretty standard for Young Professionals (YPs) opting to live in a one-bedroom in downtown Vancouver.

You may now finish that drink and pour yourself another.

TRANSPORTATION
While Vancouver is both walkable and cyclist-friendly, many YPs rely on transit, or their own vehicles to get around the city.

Owning a car in Vancouver is common for YPs who double as ski bums and head up to Whistler for most of the weekends in the winter (there are a lot of us here).

Though we love to complain about our transit system, getting around the city is fairly accessible (as long as you stay away from the Lion’s Gate Bridge). Vancouver’s transit system (Translink) includes buses, skytrains, and seabuses, and is pretty reliable and affordable compared to other major cities. A Zone 1 ticket covers all of Vancouver and costs $2.75. If you use transit often enough (more than 33 times a month), it makes more sense to get a Monthly Pass for $91.

Of course there will be the a few times a month where you hop in a cab (btw, good luck hailing one, because Uber doesn’t exist here), or spend/pitch on gas for some outdoor adventures. After all is said and done, you’ll likely be spending about $120/month on transportation.

GROCERIES
The healthy lifestyle here makes it easy for us to splurge on organic foods without even thinking about it. But since that adds up quickly, many YPs opt for shopping at local supermarkets.

After speaking with many Vancouver YPs, we found that a single person who eats at home tends to spend around $100/week on groceries (so, $400/month).

DINING OUT
It’s no secret that Vancouver has a great food, drinks, and craft beer scene. According to Numbeo.com, the average price of a three-course meal for two at a mid-range restaurant is $60. If you add a few drinks to the bill you’re looking at $80 to dine out at the trendier spots here (we won’t even include any extra drinks out here).

Assume you’re eating out once a week, you’re looking at $240/month on dining out. And this isn’t even counting actual entertainment or your regular coffee runs and weekly sushi dates.

DRINKS
Did someone say dollar beers? Probably not if you live Vancouver. The average price for a drink works out to be around $7…and this is for the no-frill option.

Let’s assume you go out six times a month (and that’s fairly modest for most of us) and have an average of three drinks each time (we wish, but again, we’re being modest here), you’re spending a minimum of $126/month on nights out.

And that doesn’t even take into account any of your other favourite vices (we know there are a few).

HEALTH AND FITNESS
Vancouver’s prime location makes outdoor activities a big part of the west coast life. Some of these activities are free, but some are major investments (skiing, snowboarding, mountain biking etc.).

On top of your fitness budget, in BC, it costs about $72 a month for your medical services plan, which makes the total you’ll spend on health and fitness $123.85/month. 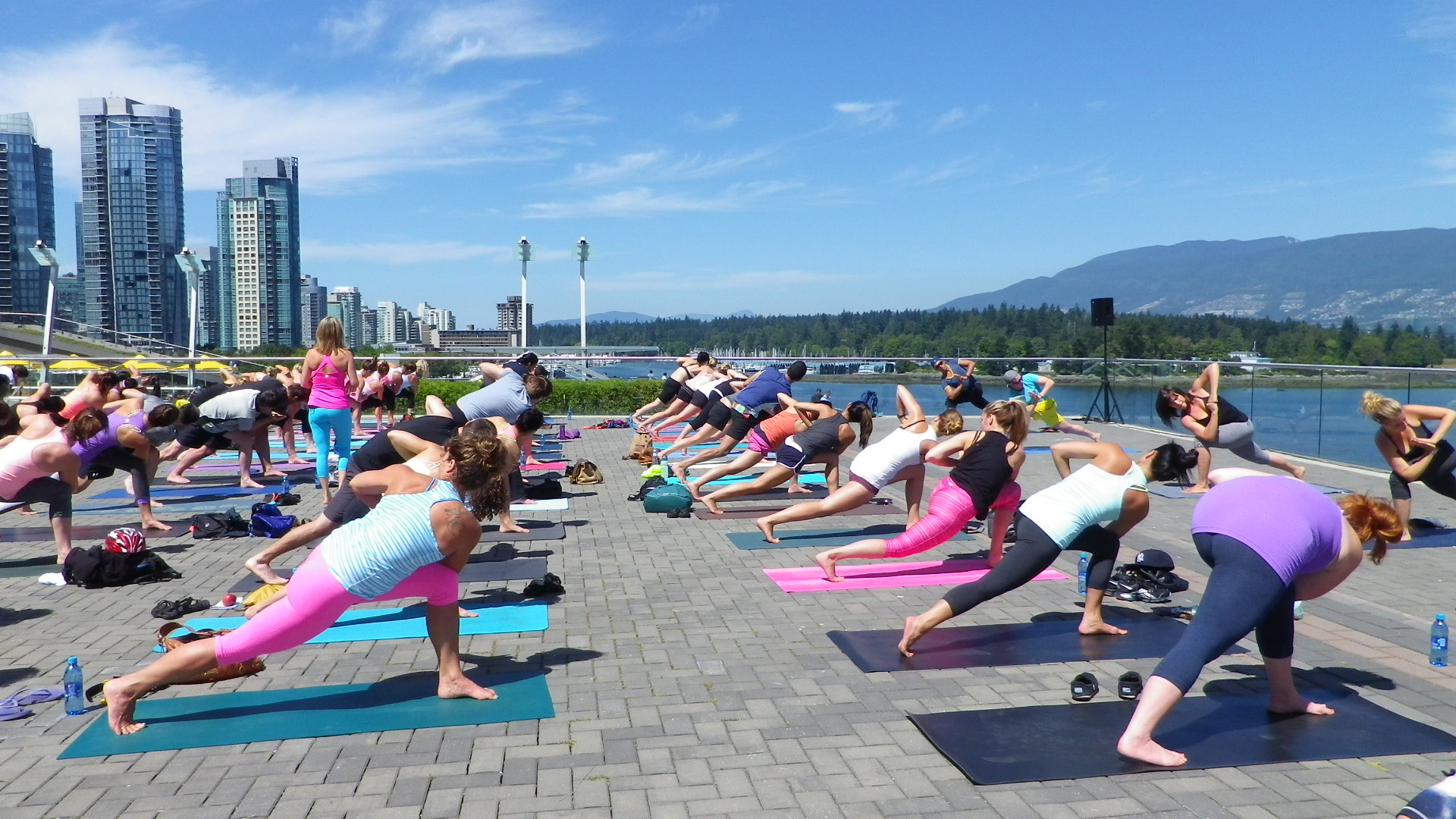 So here it is Vancouver. This is what you’re spending on living expenses:

So, assuming you’re paying your standard BC taxes, you need to make a minimum of $41K a year to break even at the end of the month.

Sounds manageable, yes, but keep in mind that this doesn’t take into account your coffee addiction, Netflix binging, shopping sprees, ski passes, or music festival tickets. And that list could easily keep going…for a very long (and fun) time.

But in all honestly, most YPs understand that while Vancouver is an expensive place to live, the trade offs are just far too sweet for us to live anywhere else. You might even say, living here is priceless…

And for the most part, we wouldn’t have it any other way (though raises are always appreciated).