If there were ever the perfect time to visit Brassaii, now would be it. Last night we were treated to a seven-course menu tasting prepared by the King West hotspot’s Executive Chef Chris Kalisperas, which will be available until sometime in January.

After a glass of Brassaii’s select Chardonnay (highly recommended) upon walking through the front door, the plates came flying out of the kitchen to the delight of the lucky few dozen in attendance.

To start, we were presented with a towering arrangement of crab legs, fresh oysters, scallops and jumbo shrimp to share, followed by an osteria caviar potato leek soup topped with a delicious crème fraiche to balance the flavours.

Then, it was right into the main courses. An incredibly tender steak tartare was topped with foie gras torchon and a perfectly yolky quail egg to highlight a lineup of delicately prepared dishes rich in contrasting and complementing flavours. 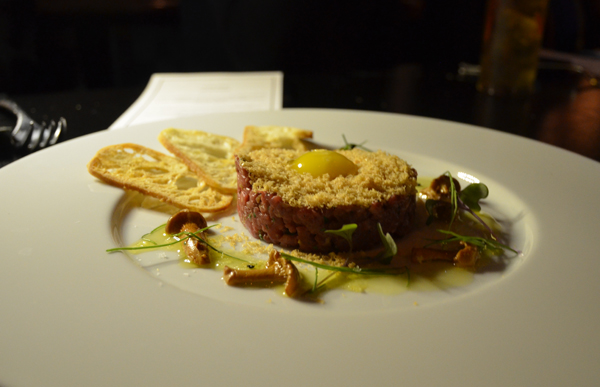 Following the tartare was our favourite dish of the evening, the lamb ragu. Perfectly cooked and rich in flavour, it sat atop housemade pasta gnocchi and accented with hints of mint and ricotta salata. Two tastings in, and we were already sold. 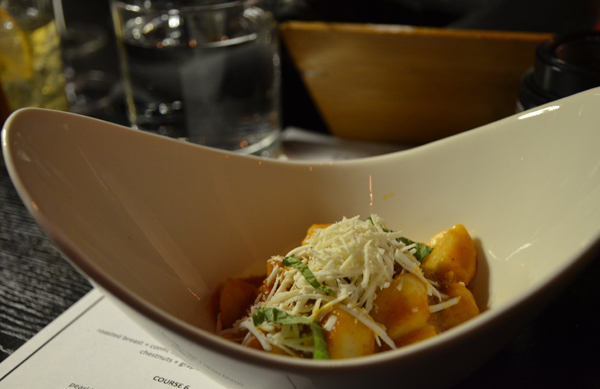 Brassaii’s resident mixologist Jordan Stacey then made his way around the tables between meals with a menu of four creative cocktails highlighted by our choice, the Bourgeoisie 75 (Hennessey XO infused with orange, lemon, cinnamon, star anise and nutmeg with Moet ice champagne and apple brulee to garnish).

The next dish, which can only be described as a refined surf and turf, took bacon-wrapped scallops to the next level by topping the cook-to-perfection mollusks with a slice of iberico chorizo. The clever pairing was set on a bed of beluga lentils and drizzled with roasted pistachio vinaigrette. 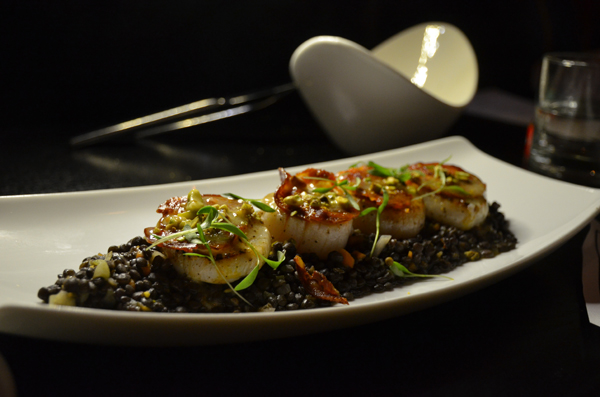 The final two presentations featured some of the tenderest cuts of meat we have ever had the pleasure of trying. Roasted duck breast sat atop a leek puree with braised cabbage and chestnuts, sweetly complemented by a grape mostarda in a delectable combination of sweet and savoury. 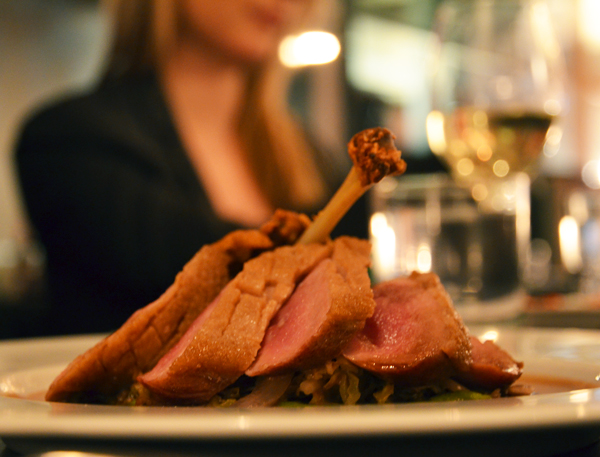 We were granted a short intermission to recollect our hunger, during which a palette-cleansing lemon glacee spoonful was served.

The final course featured a fine cut of venison cooked slightly rare, as it should be, sided with pearl barley and pomegranate. Everything was exceptional to the finest details, like sweet potato puree to round off the plate. 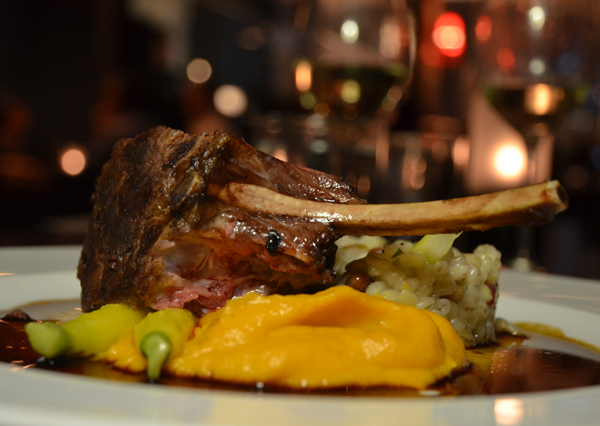 Venison with pearl barley and pomegranate.

Of course no great meal is complete without a rich dessert for the sweet tooth in all of us. Pastry chef Mark Cheese prepared a black forest gift box cake topped with cherry red wine sauce and a pistachio ice cream to send us home beyond full and satisfied, and eager to send our recommendations. 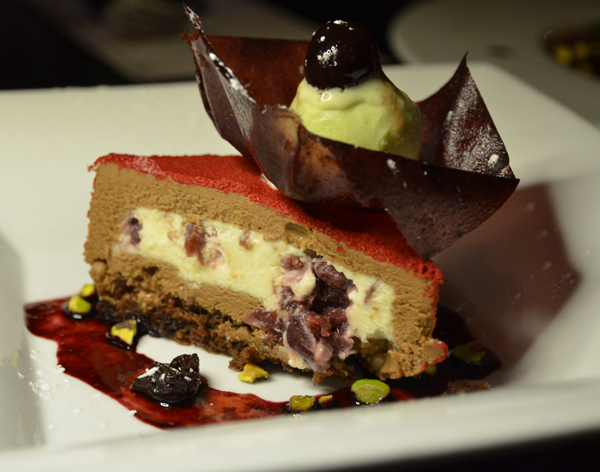