While a plane ticket anywhere in the world wouldn’t exactly dent his wallet, Chinese billionaire Liu Yiqian, can now fly in first-class with his entire family, anywhere he’d like, for the rest of his life.

It’s all because of one (pricy) purchase.

With an offer of $170.4 million, Liu was the winning bidder for Amedeo Modigliani’s “Reclining Nude” at a recent Christie’s art auction. Like most of us do with larger purchases, Liu opted to charge it to his credit card. 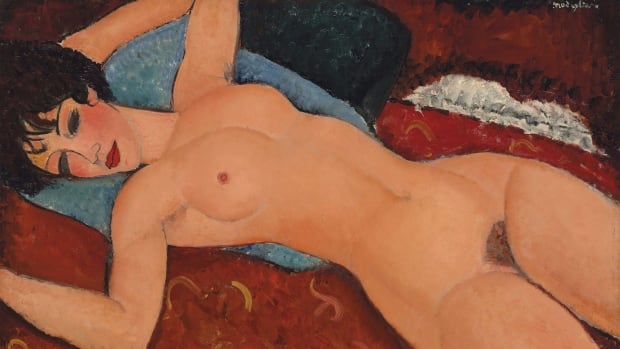 Unlike most of us, however, his credit card happens to be black.

When the sale closes, he’ll be putting it on his American Express “black card,” according to news reports after the sale. Of course, the invite-only card has no official credit limit, and – just like the credit cards the non-billionaires have – it earns points.

Apparently, Liu will earn around 170,400,000 Membership Reward points for his painting purchase, which doesn’t include tax or fees charged by Christie’s.

In an interview with The New York Times, Liu and his wife said they planned to use the points to travel with their family for the rest of their lives.

And it’s more than possible; according to estimates, if Liu converted his Membership Rewards points into one of a handful of airline frequent flier programs, he and his family could fly 3,000 times between the U.S. and Europe in Singapore Airlines’ ultra-deluxe first class suites, should he convert his points to Singapore’s program.

This isn’t the first time Liu’s racked up tens of millions of points with one purchase. The avid collector of high-profile Chinese antiques and art also put a $36 million teacup from the Ming Dynasty on his AmEx last year, according to reports.

According to Forbes, Lui is worth $1.4 billion.

Naturally, he doesn’t exactly need the card for the points. As China restricts its citizens to $50,000 when it comes to transferring funds out of the country, using the card allows the uber rich to avoid the limit because they are simply paying back American Express or the bank in China who issues the card.

Anyway, I’ll go back to hoping that one day my points will accumulate into a word-wide vacation myself.

On the positive, it’s worth making note of the fact that, long before he hit “black card” days, Liu was once a taxi driver… so keep dreaming and maybe one day you’ll also be flying first class. Forever.