We think it’s safe to say that the 2016 award season is off to a promising, if not hilarious, start.

Last night, Hollywood’s most notable stars (from both the big and small screens) gathered in Los Angeles to celebrate the year’s greatest acting achievements and performances. This, of course, resulted in a very fashionable affair.

The women looked stunning in shimmering hues, deep necklines, and flashy jewels. while the men showed that they weren’t afraid to take risks and proved that black tie doesn’t have to be boring.

So without further ado, we present to you the best dressed stars from the 2016 Golden Globes. And no, it wasn’t easy to do.

All images courtesy of People and GQ.

Jennifer Lawrence
The star of “Joy” lit up the red carpet in her Dior Haute Couture gown. Topping it with more than 156 carats of Chopard diamonds didn’t hurt. 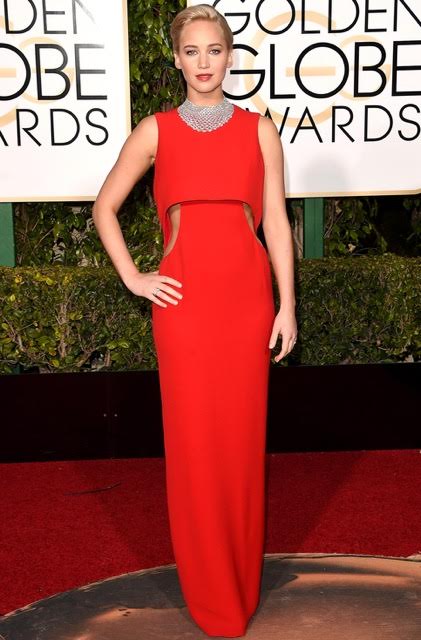 Lady Gaga
Lady Gaga looked stunning in a velvet off-the-shoulder Atelier Versace gown, reminding us somewhat of something Marilyn Monroe might have chosen. 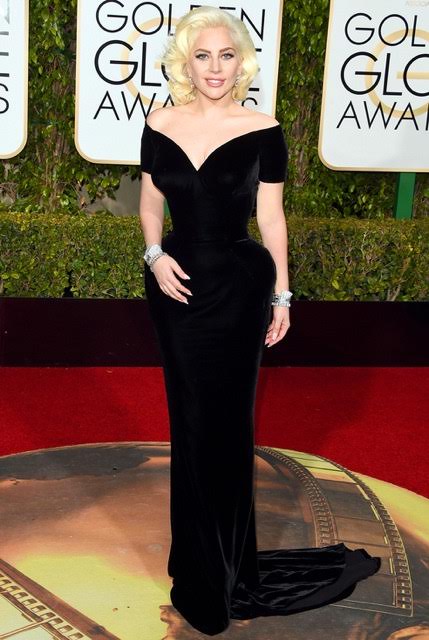 Saiorse Ronan
The star of “Brooklyn” looked breathtaking in a goddess-like Yves Saint Laurent Couture by Hedi Slimane gown with a caped train. 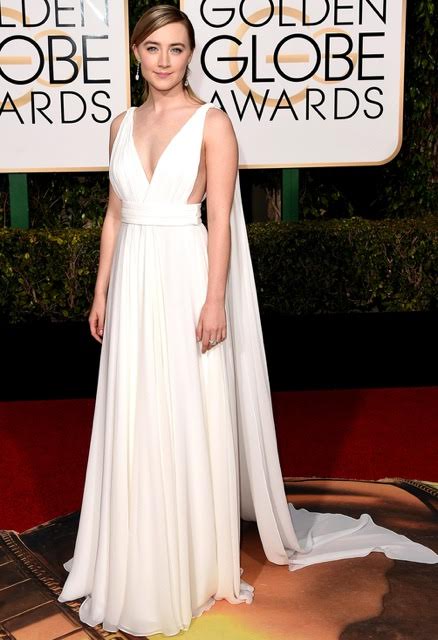 Lily James
The “Cinderella” actress looked like royalty in the mint, blue, and lavender hand-draped gown by Marchesa. The over-the-shoulder cape detail really looked striking against the red carpet. 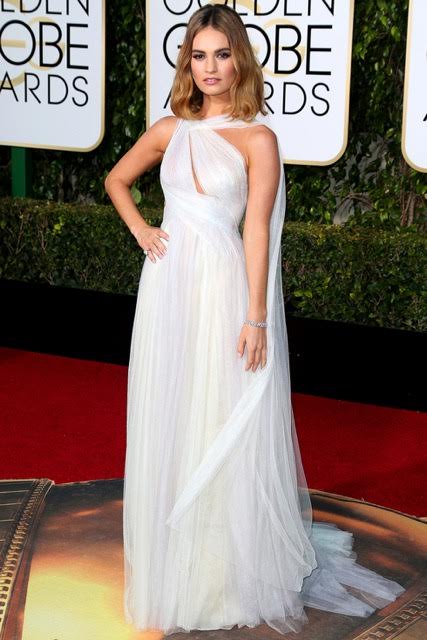 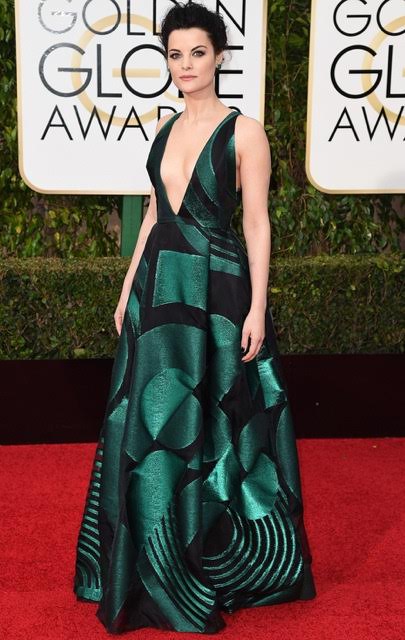 Amber Heard
Amber glowed on the red carpet in a crimson floor-length Gucci gown that featured a textured neckline. 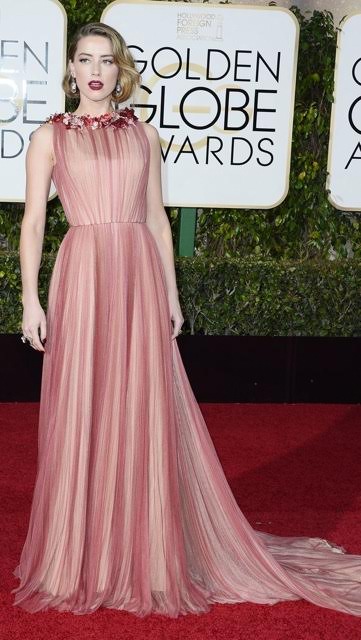 Dwayne Johnson
Mr. Johnson definitely caught our attention with his crushed red velvet tux. You might say, wait for it, he rocked it. (Sorry.) 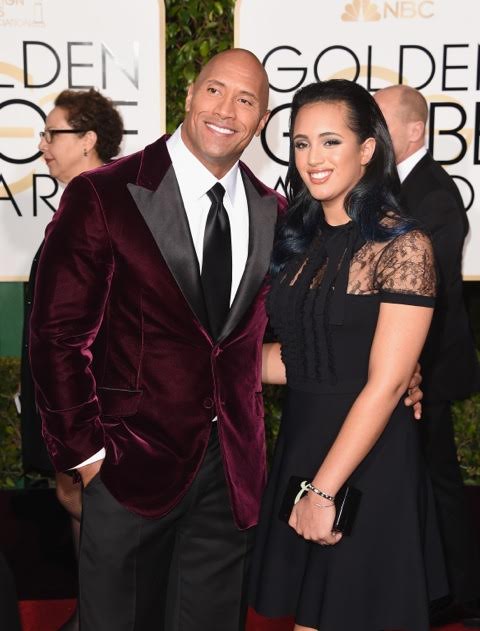 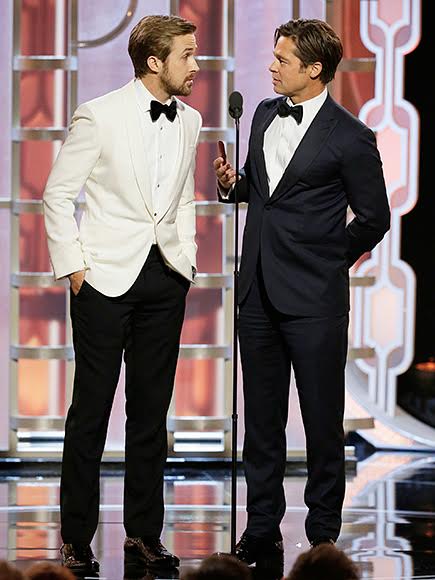 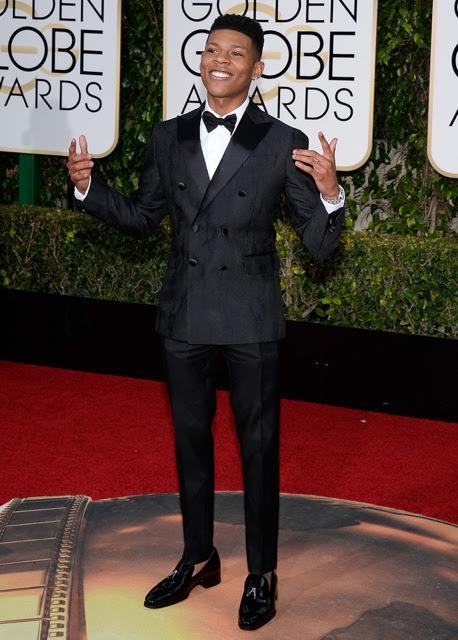 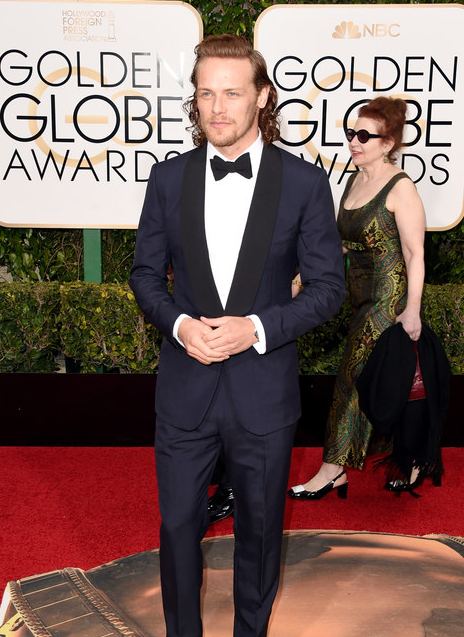 Sam Heughan
The Scottish actor from “Outlander” made a stylish splash on the red carpet in his dark navy tuxedo.

Leonardo DiCaprio
Leo looked exceedingly dapper when he won for best actor for “The Revenant” in a classic black tuxedo. 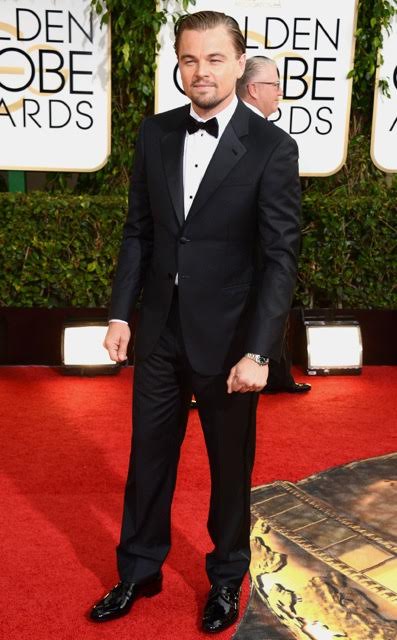