It’s Friday – arguably the biggest hangover day of the week.

If you spent last night working towards re-enforcing that notion, you’re probably wallowing in the usual self-pity that stems from being hungover at work.

You should probably stop being so selfish.

Because as much as your headache and upset stomach are an inconvenience to yourself and maybe a few people in your vicinity who have to listen to you, your inability to deal with last night’s recklessness is an even bigger inconvenience to the economy.

The Centers for Disease Control recently determined that excessive alcohol consumption costs the American economy $320 billion annually. Of that, around $100 billion can be attributed to ‘impaired productivity at work’, which is a fancy way of saying ‘too hungover to function’. 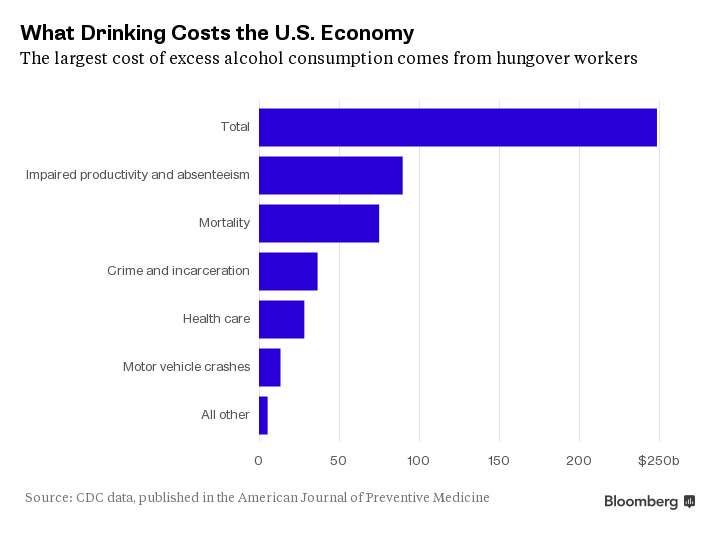 The economic cost of your hangover is so significant, in fact, that it causes a billion more dollars in damage than mortality as a result of excessive drinking. To put that even more simply (we know you’re suffering right now), hangovers are worse for the economy than people dying from over-drinking and not being able to even show up at work because they’re dead.

So the next time your coworker asks how your hangover’s going at the office and you tell them “I might as well be dead,” you’re making a completely accurate statement that’s actually an under-exaggeration.

Adjusted for population, and assuming we drink as much as our southern cousins (which seems like a generous statement for us), these numbers suggest up to $11 billion of damage are inflicted upon the Canadian economy as a result of our collective hangovers – enough to cover the Vancouver Winter Olympics and still have a few billion left over for the next one.