Well, you should be, because those are the three most dangerous places in Canada, respectively, according to Maclean’s.

The publication used extensive crime data to determine every Canadian city’s Crime Severity Index (CSI). The CSI is essentially the number of Bad Things that happen per 100,000 people in any given town or city. It is weighted for both the volume and severity of crimes, including homicide, robbery, sexual assault, and impaired driving.

Thompson, Alberta recorded the highest level of violent crime of any Canadian jurisdiction. My entirely unasked-for opinion to residents? Lock your doors and read Macleans until some B.C. backwater town tops next year’s list. Seriously, B.C. is hella dodgy: seven of the country’s 20 most crime-ridden settlements are located in its westernmost province.

Basically, you should avoid everything west of Ontario if you want to live past tomorrow. Here are Canada’s 10 most dangerous places: 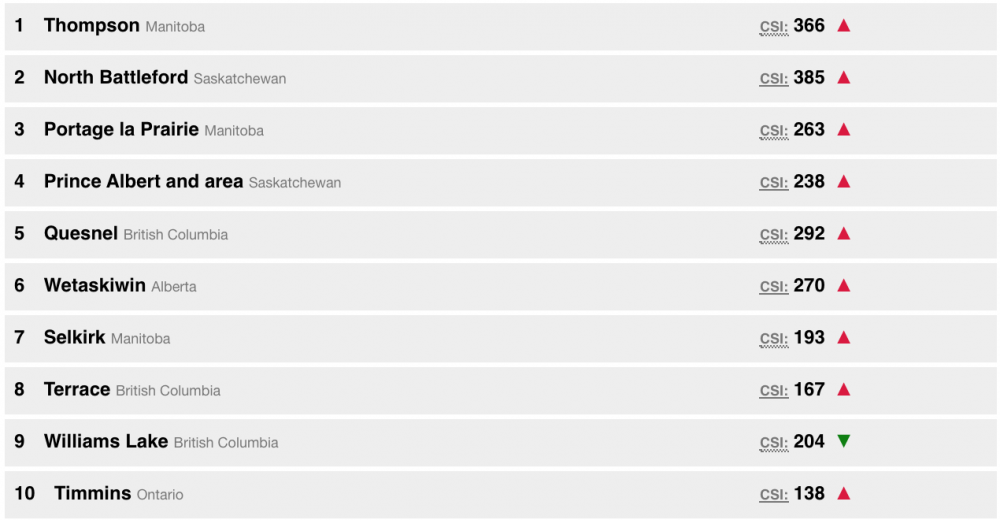 This year’s ranking used crime data from 2018, the most recent available. I would not be surprised to Twitter threads about Don Cherry and Jordan Peterson lectures to occupy top spots in next year’s edition.