Forty years ago, two nerds were brainstorming in a California garage. Little did they know their ideas were about to change the world.

Steve Jobs and Steve Wozniak are the original masterminds behind Apple, which has become one of the world’s biggest names in technology. But getting to this point was no walk in the park.

The company was on the brink of a financial collapse, and Jobs was lucky to able to save the company and launch Apple’s most important products.

On Apple’s 40th birthday, we look back at the 19 most notable moments in company history.

April 1, 1976: Apple is Formed
With Wozniak’s background in hardware design and operating systems, and Jobs’ innovative vision, the duo came up with the idea of creating the Apple computer while hanging out in Jobs’ garage. Their first computer, the Apple 1, sold for $666.66.

1972: The Apple 2
Just a short year later, the duo unveiled their latest creation, the Apple 2. This device has been credited with helping lead the revolution in personal home computers.

1980: Going Public
On December 12, 1980, Apple shares began trading publicly, starting at $22 a share. There were 4.6 million shares and they sold out in a matter of minutes. On that day, Apple boasted a market cap of $1.2 billion. Today, the company is worth more than $600 billion. 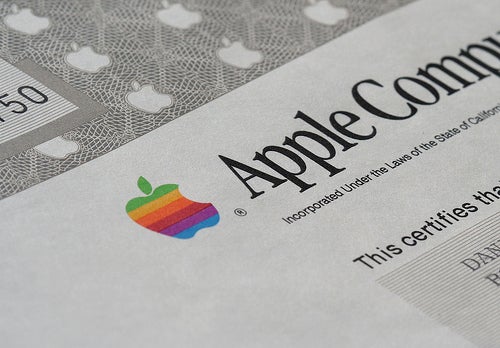 1981: Bye-Bye Wozniak
Following a serious plane crash in 1981, Wozniak stepped away from the company. He eventually made a brief return, but left Apple for good in 1985. John Sculley, a former PepsiCo executive, joined Apple as its next CEO. He left the company 10 years later.

1984: The First Mac
In 1984, Apple unveiled its first Mac, which was arguably the company’s most important computer as it introduced key concepts that are still used today including a graphical user interface. Apple debuted the “people’s computer” in a Super Bowl ad, which became one of the most important television ads of all time.

1985: Bye-Bye Jobs
In 1985, Sculley ultimately ended up pushing Jobs out of Apple. Jobs would go on to start another computer company called NeXT. Following Jobs’ dismissal, Apple released a series of products including the Powerbook (Apple’s first laptop) and the Newton (Apple’s first digital assistant), which completely tanked.

1987: Jobs Returns
Apple bought NeXT for $400 million. You could call this moment Jobs’ comeback. He was appointed an adviser for Apple and was required to report to CEO Gil Amelio.

1993: Bye-Bye Sculley
Following Jobs’ return, Apple sold millions of computers. But in 1993, Sculley was ousted, which led to an era of instability and bad business moves. In 1997, Apple reported $1 billion in losses and Apple stocks continued to plummet.

1997: Jobs Rises to the Top
Determined to get Apple back on the right track, Jobs began to save the company he started. The company unveiled its new slogan, “Think Different,” to re-establish the company’s image.

1998: The Mac is Back
This was the year that set Apple apart from its competition. The iMac desktop computer was unveiled in an array of colours and was an immediate success.

2001: The Apple Store
The tech giant revealed that it would be opening 25 stores and introduced the Genius Bar. Apple now has 481 retail stores in 18 countries. 2001: The World Welcomes the iPod
This was the year that changed how the world listens to music. The original iPod came equipped with five gigabytes of storage, held up to 1,000 songs, and sold for $399 — it felt like you were carrying a brick in your pocket, but it did the trick. The 10-gigabyte iPod arrived in 2002, which was followed by the iPod Mini, the iPod Shuffle, and the iPod Nano.

2007: The iPhone Debuts
The tech mogul reinvents the phone. The iPhone soon became a can’t-live-without item, which has since changed how we live, work, and entertain ourselves.

2008: The App Store Launches
A year after the launch of the iPhone, Apple opened the doors of its App Store, where users were able to download third-party applications.

2010: The iPad
Apple decided to tackle tablets and created its revolutionary iPad, which has evolved over the past six years. The original iPad was followed by the iPad 2, iPad 3, iPad Mini, iPad 4, iPad Mini Retina, and the iPad Air. 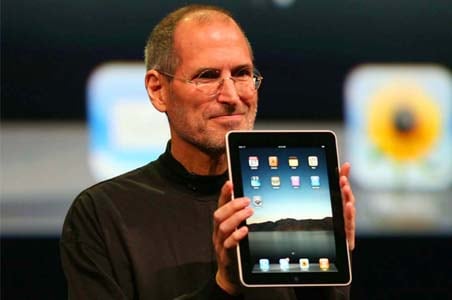 2011: The World Mourns the Loss of Jobs
Jobs succumbed to his painful battle with pancreatic cancer and the world was crushed to learn of the tech visionary’s passing. Tim Cook took over Jobs’ role as CEO.

2014: Apple Acquires Beats
Apple dived into the world of digital music and acquired Beats Electronics, the makers of the popular Beats headphones, for more than $3 billion. This led to the creation of Apple Music, Apple’s music streaming service.

2015: The Apple Watch
Apple entered the realm of wearable technology and released its Apple Watch. The product didn’t catch on as quickly as other Apple products.

2016: Apple Takes on the Government
On February 16th, a federal judge rules Apple must comply with an FBI order to unlock the iPhone used by one of the killers in the San Bernardino shootings. The tech company refuses, which forces the FBI to break into the phone without Apple’s help.