You could soon find yourself showering in an all-new, eco-friendly way.

It could have something to do with its early backers, Apple’s Tim Cook, and Google/Alphabet’s Eric Schmidt. 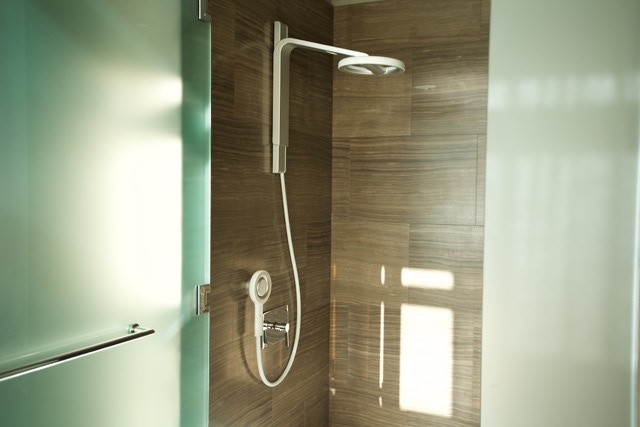 If you’re in the dark, Nebia is an eco-friendly shower system that atomizes water into more of a mist in order to reduce waste in a major way. But don’t think that means you won’t get clean; apparently, the millions of tiny droplets of water cover 10 times more of the body’s surface area than a traditional shower. Not only does it leave you cleaner, it does so while using 70 per cent less water than a regular shower. Not to mention, when it’s described as “walking through a cloud that cleans you” by one Kickstarter user, it’s probably just as enjoyable too.

Comprised of a self-installed showerhead and removable hand-wand, it’s actually quite simple in design.

Nebia is the creation of Mexican health club owner Carlos Gomez Andonaegui who wanted to revamp his clients’ shower experience. He turned to Endeavor, a nonprofit economic development program, where he connected with the American entrepreneur Philip Winter. In 2014, the pair joined forces with former Apple employee Gabriel Parisi-Amon to bring the product to life.

The company is now headquartered in San Francisco and is currently run by seven employees.

Though the product is currently in the patent-pending stage, Nebia prototypes have been installed at Equinox, Stanford University, Apple, and Google to aid the development process. Once it’s ready for retail, the Nebia will be sold for $399.