It’s a situation that ether outrages you, or makes you wonder why you didn’t think about doing it yourself – especially if you’re among the starving artist set.

An artist named Richard Prince has just made a cool $100,000 off of other people’s Instagram accounts after enlarging them and displaying them at a New York City art show, New Portraits. Last fall, Prince printed out 37 6-foot by 4-foot inkjet images of the Instagram shots and hung them in Gagosian Gallery, in Madison Avenue, New York.

It turns out that people will dish out up to $100k for an enlarged Instagram shot. 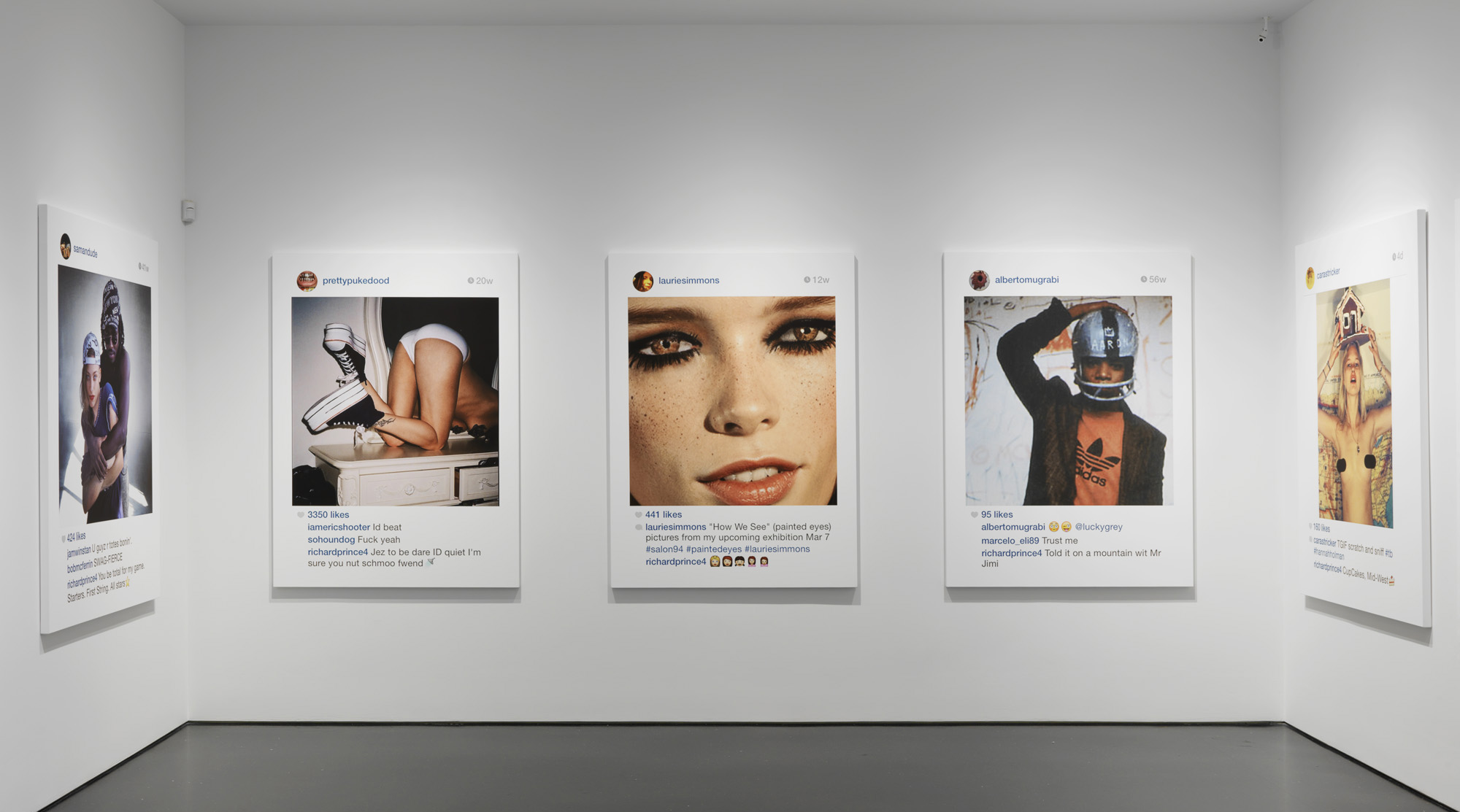 Most of the prints include selfies of young females, complete with actual comments captured via screenshot. The only difference between the originals and Prince’s reprints comes in the form of a comment left by the artist at the bottom of each shot.

As for the Instagram users, apparently, they’re entitled to nothing. Somewhat ridiculously, Prince isn’t breaking any laws by doing this. When it comes to matters of ‘fair use,’ artists are permitted to comment and alter existing artwork to create something different.

He’s done this before (well, kind of), and long before Instagram existed. Prince has created art by re-purposing the photographs of others since 1975. He’s become known for his cowboy series, where he would take photos of the Marlboro cowboys in the cigarette ads and re-purpose them in a fine arts setting.

He’s also been sued before for using other people’s photos. In 2013, he won an appeal in a court case after fellow artist Patrick Cariou claimed he had stolen his photograph to use in a show.

So far, Prince hasn’t faced any legal resistance to New Portraits, though it has – not surprisingly – been met with some harsh criticism from both art writers and the Instagram users, who claim that Prince failed to ask permission to use their pictures.

One thing’s for sure; this inspires an increasingly important dialogue concerning privacy rights, art, and theft.