Once news broke that Amy Schumer could potentially play the lead of Barbie in an upcoming film based on the iconic doll, it didn’t take long for the internet trolls to emerge in all of their backward-thinking “glory.”

They say Schumer lacks the proper figure to play the doll in the live-action film and that she is “too fat” for the role.

Of course, based on the traditional Barbie doll measurements, an actual human with her proportions wouldn’t be able to hold up her head or walk upright, so Gigi Hadid and co. wouldn’t have made the cut either.

Anyway, as Deadline reports, the premise of the film is that Barbie gets banished from Barbieland because “she’s not perfect enough,” and then embarks on “an adventure in the real world.”

But those who would rather leave Barbie unchanged in the unprogressive past aren’t thrilled with the choice in Schumer as Barbie, nor are they afraid to spew comments from behind their screens to get their point across.

Amy Schumer is in talks to play Barbie in a new live action film. #awesome pic.twitter.com/302BgXa5Ep

So, Schumer – who is nominated for two Grammy awards – decided to respond with an Instagram picture of herself in a bikini and an accompanying caption putting body shamers in their place. “Is it fat-shaming if you know you’re not fat and have zero shame in your game? I don’t think so … When I look in the mirror I know who I am,” she writes. “It’s that kind of response that lets you know something’s wrong with our culture and we all need to work together to change it.”

When it comes to the trolls, as Schumer points out, they are clearly the ones with the real issues.

“Thanks to everyone for the kind words and support and again my deepest sympathy goes out to the trolls who are in more pain than we will ever understand,” she says.

Very very honored to be nominated for 2 Grammys and to be considered to play an important and evolving icon. Is it fat shaming if you know you’re not fat and have zero shame in your game? I don’t think so. I am strong and proud of how I live my life and say what I mean and fight for what I believe in and I have a blast doing it with the people I love. Where’s the shame? It’s not there. It’s an illusion. When I look in the mirror I know who I am. Im a great friend, sister, daughter and girlfriend. I’m a badass comic headlining arenas all over the world and making tv and movies and writing books where I lay it all out there and I’m fearless like you can be. Thanks to everyone for the kind words and support and again my deepest sympathy goes out to the trolls who are in more pain than we will ever understand. I want to thank them for making it so evident that I am a great choice. It’s that kind of response that let’s you know something’s wrong with our culture and we all need to work together to change it. Anyone who has ever been bullied or felt bad about yourself I am out there fighting for you, for us. And I want you to fight for yourself too! We need to laugh at the haters and sympathize with them. They can scream as loud as they want. We can’t hear them because we are getting shit done. I am proud to lead by example. “I say if I’m beautiful, I say if I’m strong. You will not determine my story. I will” #thegirlwiththelowerbacktattoo A photo posted by @amyschumer on Dec 6, 2016 at 12:10pm PST

When it comes to Barbie, Mattel has made impressive strides to keep with the times and our evolving standards of body image, gender, and image. Not only has a vibrant little boy been featured in a commercial for the doll, Barbie is now available in a variety of sizes and skin tones. Giving her poor feet a break, there are even versions available with bending ankles so she has the option to wear flats.

Barbie dolls are also available in a wide range of professions like never before.

Most recently, famed plus-size model Ashley Graham even got her own Barbie, made to her measurements. 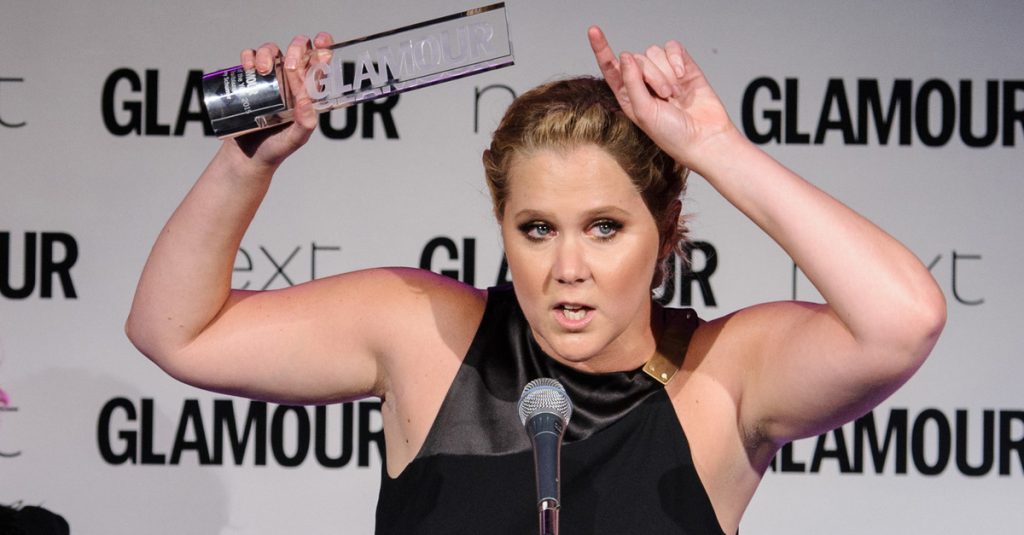 To me, Schumer represents a perfect choice to play the modern day Barbie. After all, as a strong, talented, super successful and empowered female, she is a huge role model and someone who any ‘Ken’ would be lucky to date, in my opinion.

Not to mention, it’s about time Barbie showed off her comedic chops for once.