Sitting in a 950km/hour chair in the sky is already pretty exceptional, but Airbus has plans to completely revolutionize the miracle of flight.

The hypersonic jet will be able to travel at an insane Mach 4.5, which is more than four times as fast as current flights. 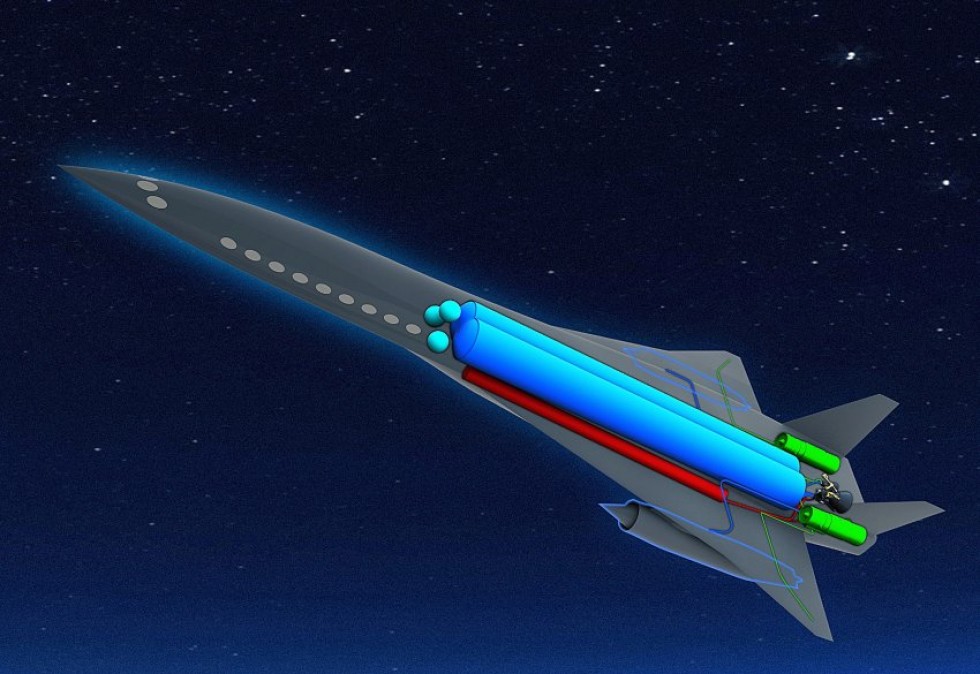 To put that into perspective, you would be able to fly from New York City to London in just one hour – more than three times faster than the now retired Concorde. Paris to San Francisco or Tokyo to Los Angeles could be achieved in just three hours.

Two turbojets under the fuselage and a rocket motor at the rear propel the aircraft off the ground vertically like a space shuttle; once it reaches an altitude of 100,000 feet, near the speed of sound, a pair of wing-mounted ramjets will carry it to a cruising speed around 5,000 km/hour.

The jet will be powered by various forms of hydrogen stored aboard the craft and is designed to reduce the deafening sonic boom that comes from breaking the sound barrier – a major complaint against the Concorde that severely limited its mainstream viability.

Only 20 passengers would be able to travel on the jet on account of it being 90 per cent fuselage, but significant modifications of the technology are expected before hitting the market becomes a realistic target.