Counting sheep just isn’t going to cut it. And unless you have a very understanding (read: deaf) bedfellow, playing a white noise machine probably isn’t going to fly.

So, what’s left? Sleeping pills? That’s a risky dependance, and most millennials are too busy to take a chance on feeling hazy long after we wake up.

The good news is you’re not alone, and the great news is that there may be a cure. Because if Sleep Shepherd Blue – a magic insomnia headband that has so far exceeded its goal on Kickstarter more than ten-fold – is any indication, there are a lot of troubled sleepers out there.

The sleep tracker was created by Michael Larson after he saw his daughter struggle with the nasty side effects of sleeping aids and has so far raised $258,000 of its $25,000 goal.

It may look like a cross between a headlamp and a sweatband, but it’s more than a natty little sleep accessory. Unlike sleep trackers before it, it doesn’t just tell us how little sleep we’re getting – because, duh – it actually improves your sleep at the same time. 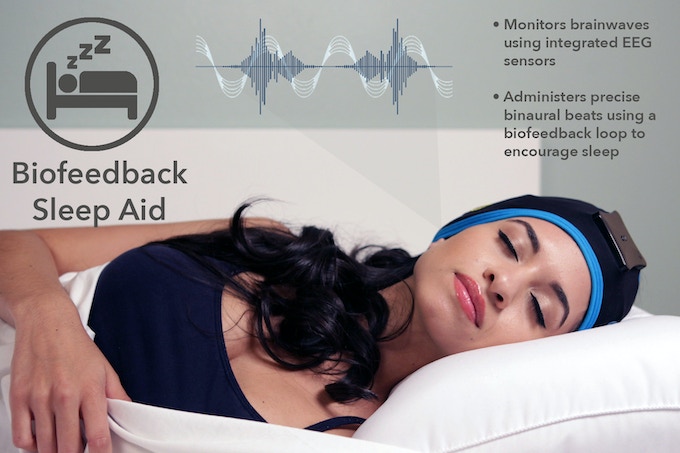 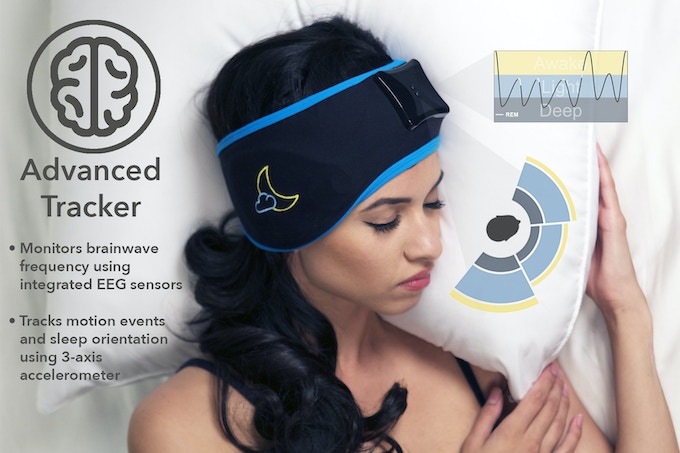 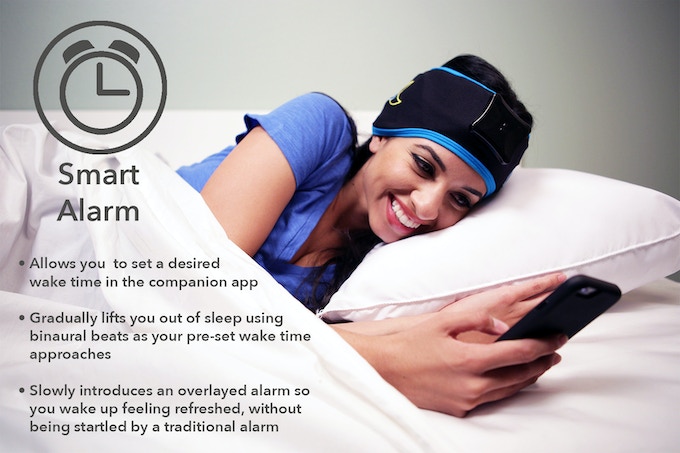 Using brainwave sensors and binaural beats, it improves sleep quality by playing low noises in each ear of the headband, slowing down our overactive brains and lulling us into sleep. Plus, unlike other sleep trackers that could only assess based on movements of the wrist, this uses state-of-the-art brainwave sensors for a more accurate report.

Paired with the app, which has already been approved by iTunes and Android, it shows your sleeping patterns, including your head orientations, and how much time you spend on your left and right side.

In the morning, we can sync the information straight to our phone and analyze the data – quality of sleep and duration – in a clear and easy format.

Probably best of all, however, is the Sleep Shepherd Blue’s smart alarm feature. Using specialized beats, it gradually lifts you out of your sleep, encouraging your brain to transition into an awake state. Which is enough to make me want to try one regardless of how well I sleep without assistance.

Goodbye to annoying alarm clocks, and hello to feeling refreshed and rested in the morning.

You can grab one on Kickstarter when you pledge $199 or more, with an estimated delivery in May.