A Canadian mining company has found a diamond so unprecedented that experts can’t even estimate its value.

Lucara Diamond Corp. unearthed the 1,111-carat gem at its Karowe mine in Botswana this week, which is thought to be the second largest ever found. The largest to date is 3,106-karat diamond found in 1905 in South Africa.

“I’m still waking up at 4:00 a.m. every morning completely stunned,” said Lucara chief executive William Lamb, who can’t even analyze the rock because it’s too big to fit in the company’s scanning machine.

One thing that is certain is that the diamond is of Type IIa, which covers only around two per cent of diamonds in the world. It’s essentially perfect and void of any imperfections. 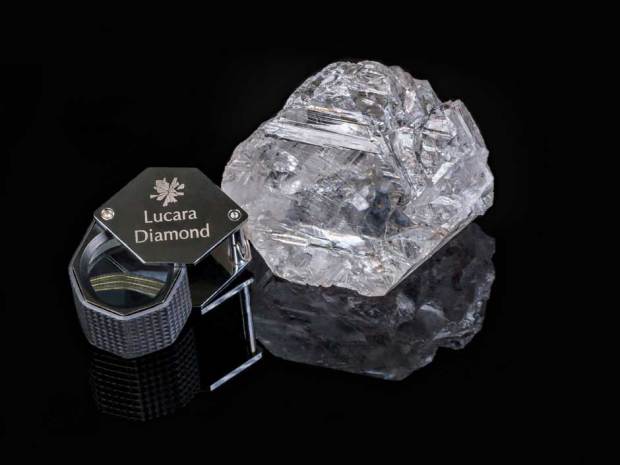 A 507-carat diamond was sold for more than $50 million five years ago, which would suggest this particular gem to fetch well over $100M.

“Because it’s got an historical component to it, it becomes similar to a piece of art,” said Lamb, who’s already set his sights on something larger. “People are going to say, ‘Hang on a second, do I want to own a piece of Botswana history?’”

The Karowe mine has only been in production for three years and is responsible for supplying less than one per cent of the world’s diamonds.

So you could say it was a diamond in the rough…