Celebrities are always immaculately groomed and impeccably dressed – so when they launch their own clothing lines, it’s guaranteed to be a success, right?

Well, not exactly. Behind the smoke and mirrors of Hollywood, there is a whole team responsible for making famous people look amazing.

Celine Dion announced on Friday that she will be releasing a new lifestyle clothing collection, with activewear, accessories and eyewear. While she always looks great on stage (barring that backwards tuxedo incident at the Oscars in 1999) we’re curious to see the designs that feature in her as yet unnamed line of apparel.

Strip back the personal stylists, and sometimes we’re left with a J-Lo type velour tracksuit bottom scenario – or worse, a “celebrity” brand that simply has a big name and even bigger price tag slapped on it.

But some celebrities with a real eye for fashion have made a name for themselves in the industry and created fabulous clothing that we’d actually love to wear.

Here are some of the best celebrity clothing lines on the market.

Victoria Beckham
The former Spice Girl isn’t necessarily renowned for her singing, so when the fashionista launched her own fashion label, we weren’t totally surprised. However, nobody could have predicted just how successful the Victoria Beckham fashion line would become, with everyone from Beyoncé to Gwyneth Paltrow and Cameron Diaz wearing VB’s creations. They sure don’t come cheap, but hey, we can dream. 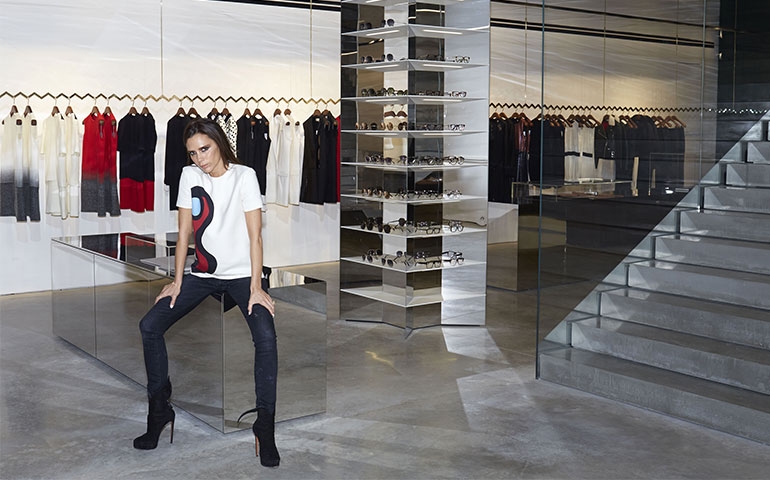 L.A.M.B by Gwen Stefani
An acronym of the No Doubt singer’s debut solo album, ‘Love. Angel. Music. Baby’, the fashion line carries clothing, accessories, shoes, bags and a fragrance. Coming from a long line of seamstresses, Stefani has created pieces that are worn by celebrities including Nicole Kidman and Paris Hilton. Ivy Park by Beyoncé
Who doesn’t want to slay like Bey in the gym? Named after Beyoncé and Jay-Z’s daughter, Blue Ivy, this activewear collection is a joint venture of the artist and Topshop. Carrying a selection of crop tops, leotards, leggings and hooded tops with the logo emblazoned on them, the singer whipped us into a frenzy when it was released this year. Canadians can find Ivy Park at Hudson’s Bay.

Kate Moss for Topshop
Supermodel Kate Moss has been designing clothes for Topshop and creating a signature boho, high street look ever since. The wearable collections include office-to-bar blazers, stunning chiffon dresses, and festival-ready creations aplenty, and the best part is they’re reasonably priced. Her last collection was released in 2014, but we hope she’ll be releasing some more very soon.

Melissa McCarthy for Seven7
The funny woman turned her hands to fashion last year when she teamed up with her first clothing collection, Melissa McCarthy for Seven7. The line includes clothing up to size 28. The Ghostbusters actress – who studied Textiles at Southern Illinois University – has been outspoken about the need to stop fat-shaming women and actually produce practical, fashion-forward designs.

Kate Hudson for Fabletics
If we’re going to work out, we might as well look fabulous doing it. Enter Kate Hudson’s co-founded sportswear and accessories range for JustFab. Fabletics sells athletic wear, dresses and swimsuits in a range of colourful, geometric prints and since 2013 it has expanded to a men’s line and several brick and mortar retail stores across the U.S with plans for more in the next five years.

The Row by Mary Kate and Ashley Olsen
The Full House child stars have always shown an interest in fashion, with their signature boho-chic style. But it was their couture label, The Row (named after Saville Row in London), with its clean lines and vintage inspired pieces, that really put them on the sartorial map.