And fans around the world are celebrating one of the greatest movie franchises ever made…and continuing to be made.

In fact, we assume most of them are probably still losing their minds over the new trailer for The Force Awakens.

So we caught ourselves daydreaming of a world full of Jedi Masters and Spaceships and quickly realized that living in the Star Wars Universe would be pretty amazing.

May the 4th be with you.

1. Vacations Are a LOT Better
You think exploring just ONE planet is awesome? You now have thousands to choose from. Want to work on your tan? Tatooine is a giant desert with TWO suns. Go snowboarding on Hoth, or swing from the trees on Kashyyyk with your best friend Chewbacca – this ain’t no boring all-inclusive. Oh and don’t worry, for some reason basically every planet has a breathable atmosphere and suitable gravity.

2. Universal Healthcare – Literally
Don’t worry about getting sick or injured anymore because you now live in a world with Bacta Tanks. What are Bacta Tanks you may ask? Well, they’re literally magic healing tanks that you submerge yourself in that can basically heal anything. Lose a limb? Don’t worry, someone will give you a hand with that – just ask Luke Skywalker. Whatever it is, you’re covered.

3. It’s Really Easy to Tell Who’s Good and Who’s Evil
Ever worried that you can’t tell if your new friend is good or bad? Well, don’t worry because it’s pretty easy in your new universe. Do they have melted skin, or wear a dark ominous helmet? Do they have red and black tattoos all over their body? Do they speak in obviously menacing and specific metaphors? Probably evil. It’s ok though, most people are good and if you get really worried you can just have robot friends.

4. Robots are Everywhere, AND Incredibly Useful
In case you were unaware, your new life has artificial intelligence. AI and robots exist, they’re human friendly, and they can basically do anything for you. Need to repair your speeder? Get a droid to do it. Need to clean, cook, or run an errand? Droid. Can’t understand that Malastarian friend you made at the pod races? Get a protocol droid – whatever you need you’ll be C-3POk.

5. Speeders, Spaceships, and Hyperspace: Everything is WAY Faster:
Forget cars – nothing you ride in touches the ground anymore because of Antigrav. Zip around the city on your sexy hovercraft, take a ride to the nearest moon in your private spaceship, visit the other side of the galaxy for the weekend. Oh and did we mention there’s no traffic? There’s a lot less congestion when space is your road. 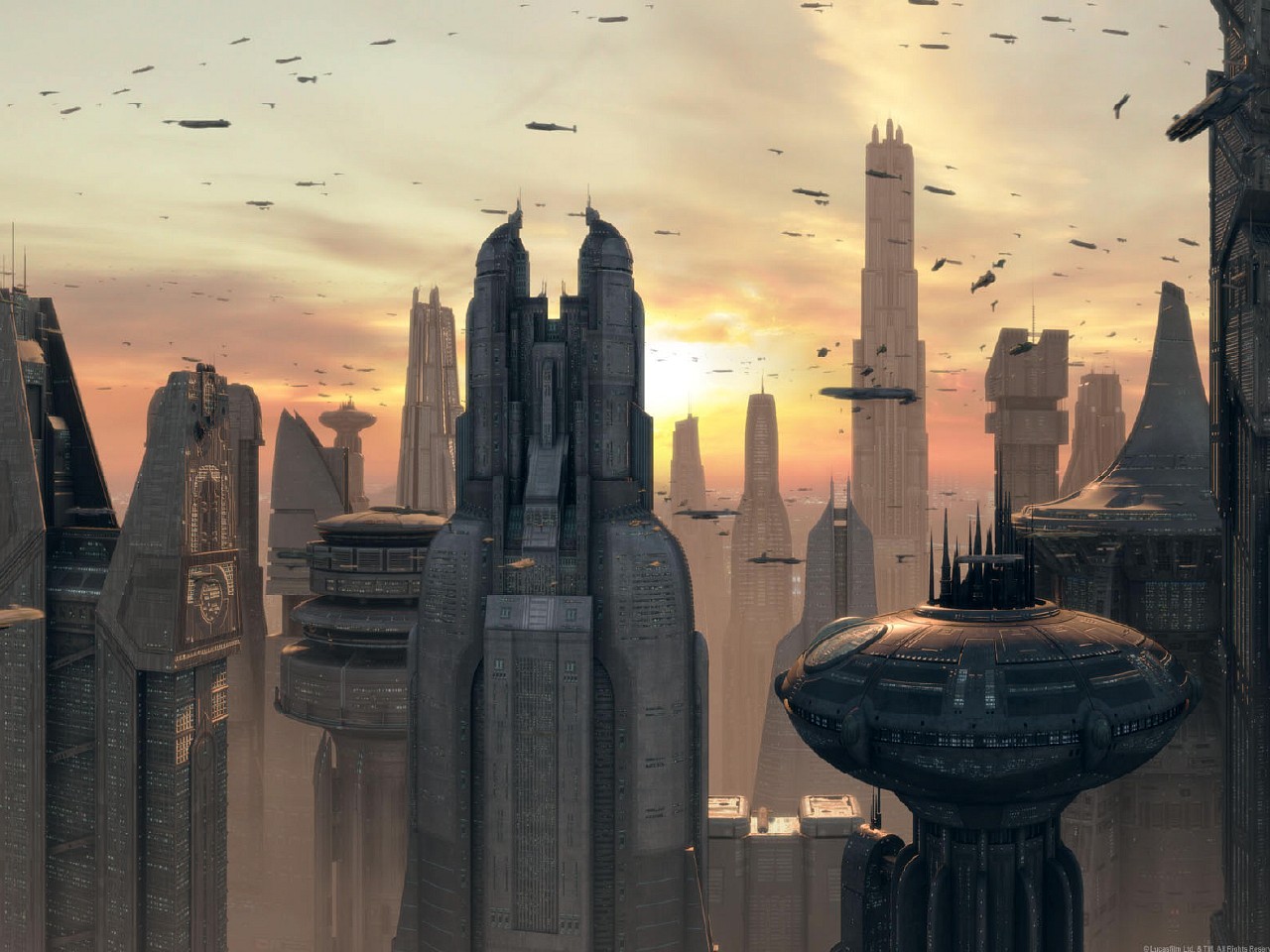 6. The Force
At first you might think, why does this matter? I’m not a Jedi – but hear us out. You now live in a universe that is 100% for sure controlled by some metaphysical, omnipotent, binding and ubiquitous power that doles out justice and balance. No matter what you believe, it’s actually pretty comforting to know that all living things are connected. It’s also pretty sweet that you could be magic…

7. You *Might* Be a Jedi
Look, you probably won’t be a Jedi – the chances are incredibly low. But hey, in your current life there is a 0% chance you’re a laser-sword wielding wizard with mind control powers. The fact that this is even a possibly is pretty awesome. And if you want to boost your kid’s chances, you can always just marry a Skywalker.

8. Lightsabers
Do we really need to say anything here? YOU GET TO HAVE A FREAKIN’ LIGHTSABER.