For many of us, eating meat is a huge part of our lives.

But when we consider the cost to our bodies and the environment, it’s a cause for concern.

We’re not suggesting you give up meat entirely – but given the huge range of amazing vegan restaurants in Toronto, you’d be crazy not to want to take the night off once in a while.

Here are some of the city’s vegan hotspots that you need to check out.

Rawlicious
This raw vegan restaurant left its home of five years in the Bloor West village at the end of May. Don’t panic – they’re moving to a new space at Bloor and Bathurst in August. And with their delicious smoothies, nachos and burgers on a sprouted buckwheat bun, we know fans will be chomping at the bit by then. If you can’t wait that long, they have a location in Markham.

Kupfert and Kim
With the tagline wheatless and meatless, you know what you’re getting into at Kupfert and Kim. The chain has a mouth-watering selection of salads, curry and broth bowls, and paleo options to suit all tastes and keep you full all afternoon. They even named one of their dishes First Canadian Place after their premier location in the PATH. 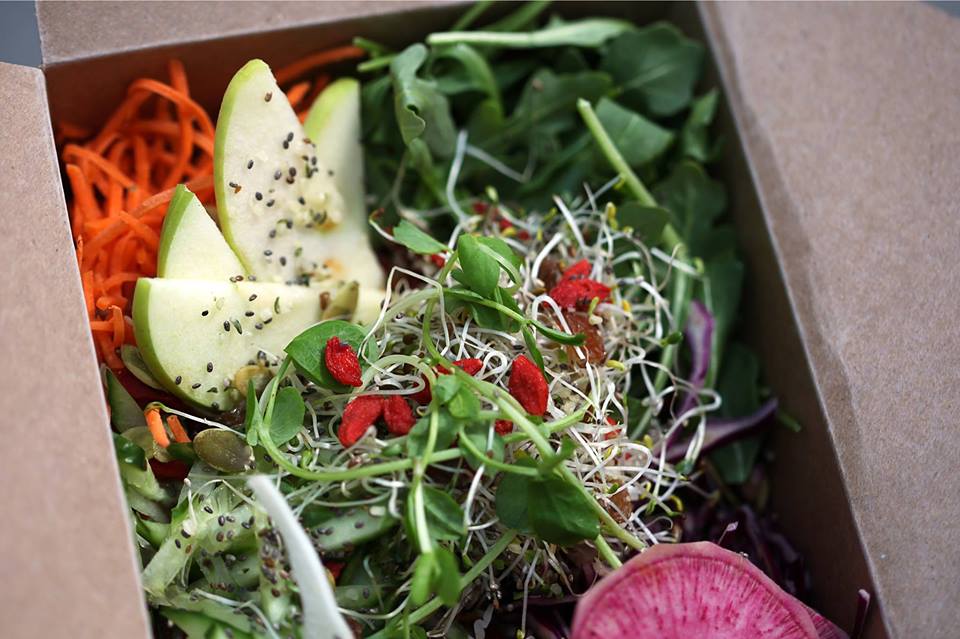 Hibiscus Café
This well-kept secret in Kensington Market is a real hidden gem that you’ll want to check out if you’re about to embark on some meat-free meals in Toronto. The gluten-free, organic restaurant serves up vegan and vegetarian options like buckwheat crepes with delicious flavour combinations like brie cheese and pear, or goat cheese, tomato and basil. There is also a signature salad, cold drinks, and some very tempting desserts on offer. 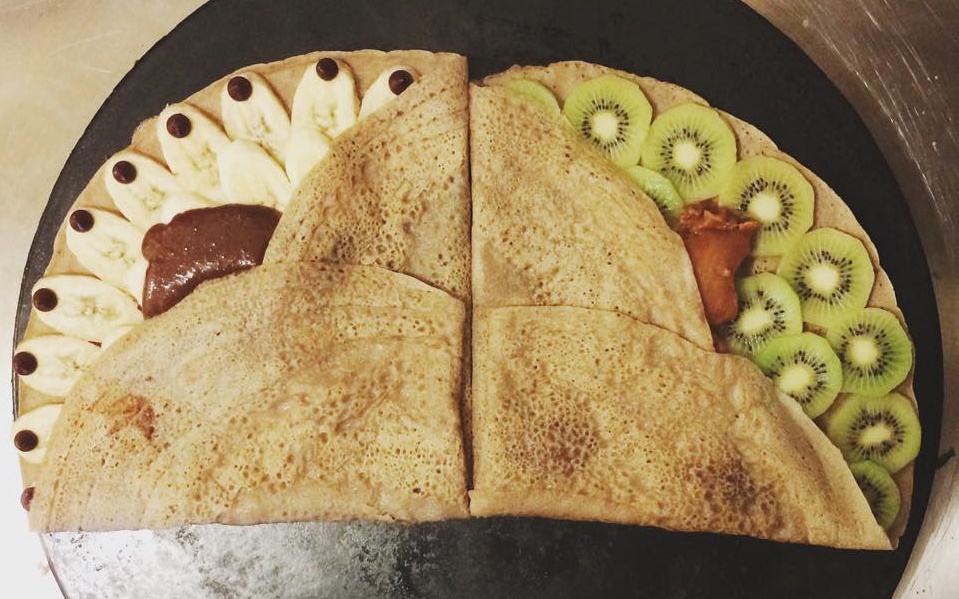 Doomie’s
The arrival of Doomie’s in Parkdale caused quite a stir back in May. Only the second venture of the incredibly popular L.A restaurant, the eponymously named chef Doomie decided to take things to Toronto following the success of the Vegan Food and Drink Festival. Its unique brand of vegan comfort food is definitely one for the meat eaters, who will love the fried mac ‘n’ cheese balls and BBQ pulled ‘pork’. 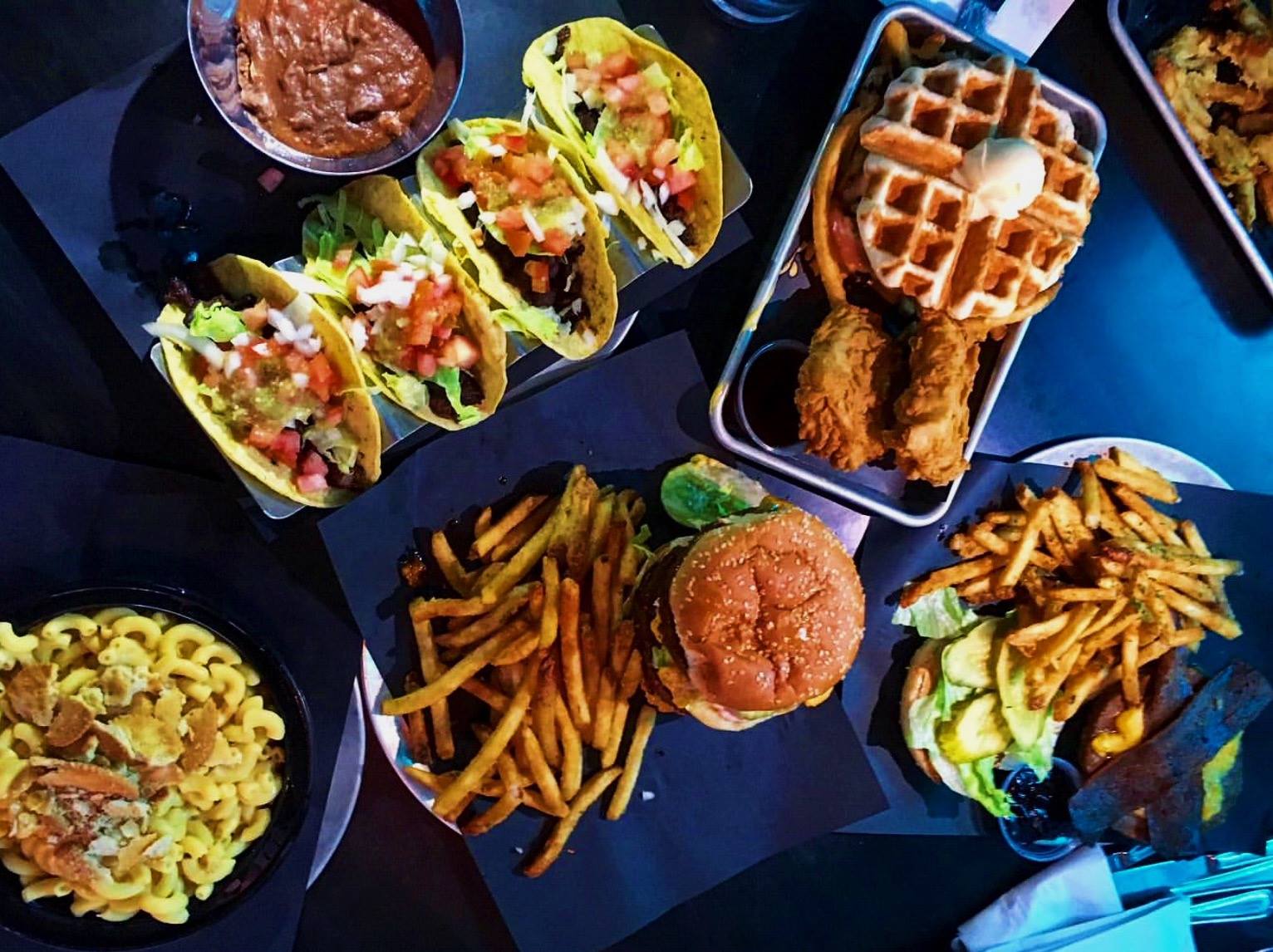 SPARK Fresh Bar
Originally Fueled Fresh Bar, but more recently titled SPARK Fresh Bar, this Ossington espresso and snack bar has some generously-sized vegan and vegetarian offerings for its many Toronto fans. If you want to take a break from meat but are concerned about brunch FOMO, worry not – SPARK’s Avocado Plate, with pickled veggies, rosti, smoked hummus and fruits on the side is an absolute treat. Eggs and meat are so yesterday. 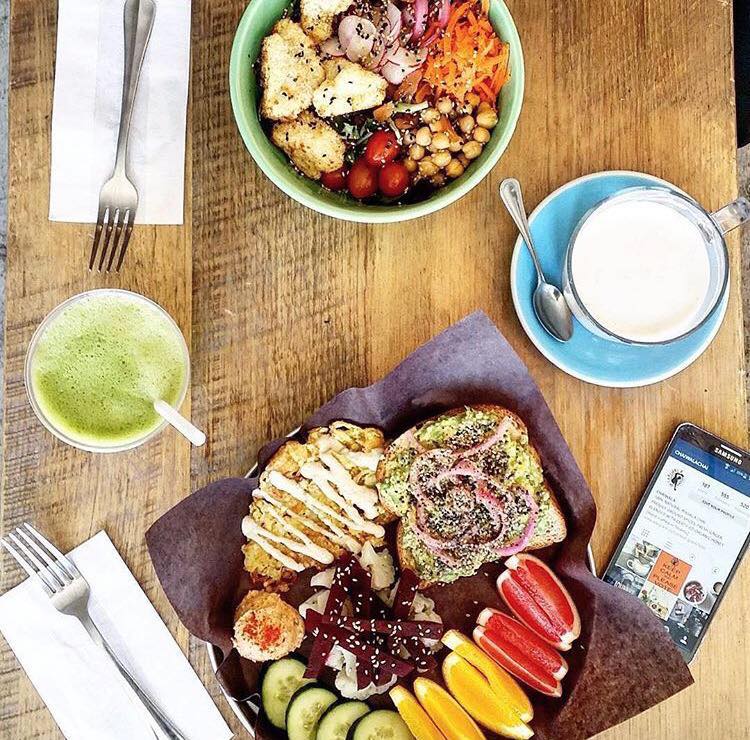 Grasshopper
This vegan hotspot now has locations on College St. and in the Junction so Torontonians far and wide can sample their chai soy smoothies, ‘chick-un’ nuggets, and quinoa mac ‘n’ cheese. Grasshopper’s mission statement is that flavour comes first and the fact that their menu is meatless is just the cherry on top. So put down the meat and head here for some delicious and internationally inspired dishes. 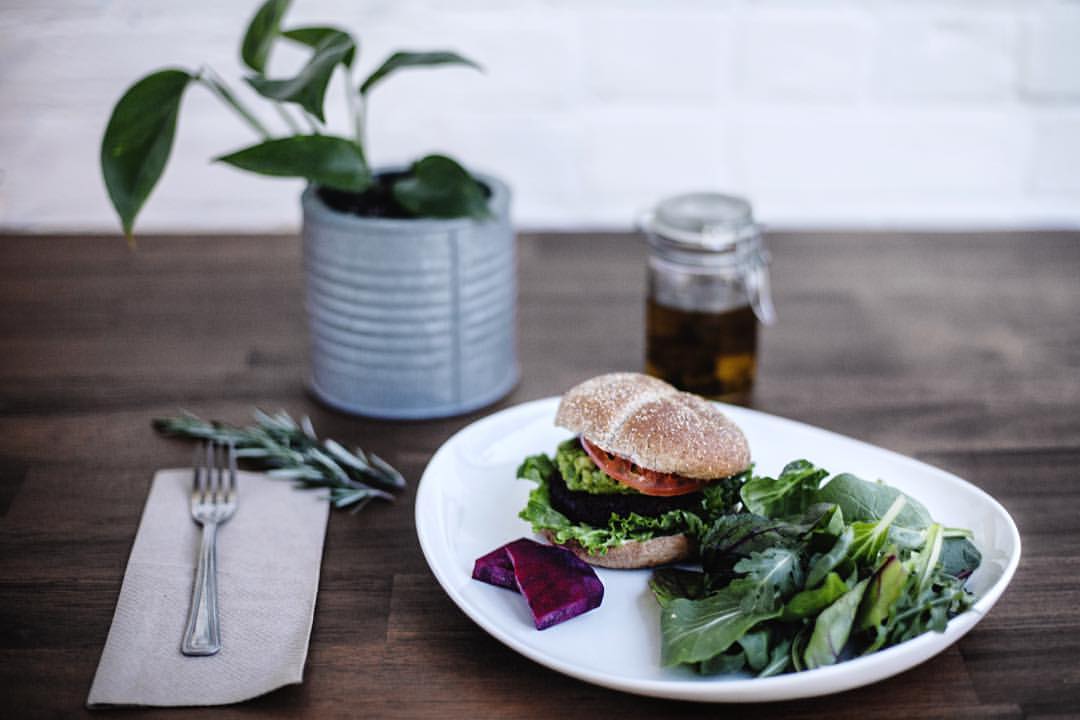 Tori’s Bakeshop
Okay, so this was supposed to be about healthy eating – but if we’re going to eat desert, we might as well eat responsibly. This bakery in the Beaches offers vegan pastries and other delicacies – all organic and free from gluten and refined sugar. Offering cupcakes, brownies, cookies and cinnamon buns, there are treats for every kind of sweet tooth out there. They also have some amazing spelt sandwiches if you’re feeling virtuous.