Toronto comes alive in the summer with outdoor food festivals taking place every other day.

Summer food festivals are the perfect opportunity to get a taste of our city’s diverse culinary scene while soaking up some sunshine and hopefully discovering some new favourite dishes.

This summer, you can expect your calendar to be jam-packed with BBQs, street festivals, and plenty of meat sweats.

So grab a fork, these are the foodie events to have on your radar this summer.

CraveTo
Date: May 27th
Where: The Burroughes Building
CraveTO celebrates Toronto’s dining movement by highlighting the best street food and craft beer the city has to offer. There will be plenty of local DJs spinning the best summer tracks to keep the party going from morning to night.

Mac and Cheese Festival
Date: June 3rd – 5th
Where: Ontario Place
A team of the best chefs in the 6ix will be serving up Canada’s favourite comfort food for this un-missable food event. Aside from all the cheesy goodness you can expect to find, there will also be a wide selection of craft beer and cider available as well as an outdoor cinema under the stars, a carnival with a huge ferris wheel, tasty food trucks, an artisanal market, and a cooking stage by Dairy Farmers of Canada and Metro. 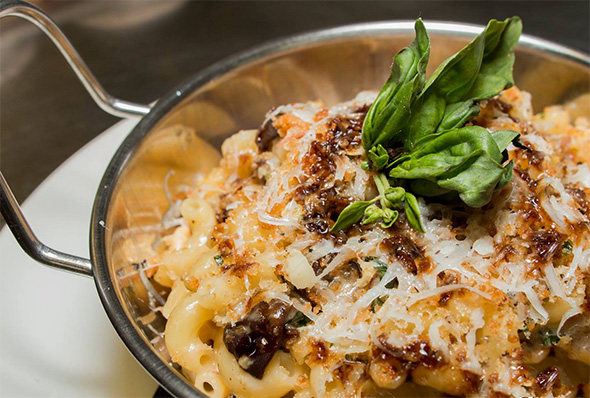 Riverside Eats and Beats Street Festival
Date: June 4th
Where: Queen Street East
For ten vibrant blocks, the community of Riverside will be hosting its annual Street Festival that will showcase its unique food outlets. The streets will and sidewalks will be filled with live blues, jazz, and local restaurants offering signature eats.

Toronto Taste
Date: June 12th
Where: Corus Quay
The 26th annual Toronto Taste brings together the city’s top chefs and spirit manufacturers for the Second Harvest food rescue program. The event will feature lavish dishes and drinks from over 90 of the most sought-after restaurants and beverage purveyors. 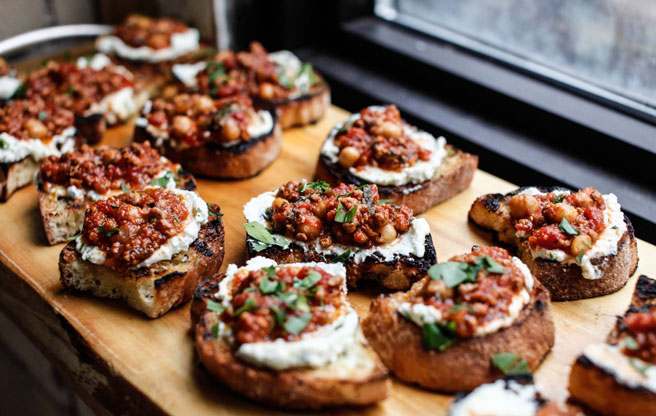 Taco Fest
Date: June 17th – 19th
Where: 99 Sudbury
This is Toronto’s first (and hopefully not last) taco festival showcasing authentic Mexican street food from some of the city’s most prominent chefs and vendors. Taco aficionados can sample some of Toronto’s top tacos, margaritas, and sangria from the in-house bar, enjoy nacho and salsa samplings, as well as indulge in Mexican street corn and churros.

Taste of Little Italy
Dates: June 17th – 19th
Where: College St between Bathurst and Shaw
The annual Taste of Little Italy festival transforms College Street into an Italian piazza, with walking access to restaurants, shops, and music on every corner. Guests can expect to find plenty of veal sandwiches, burgers, vegetables, grilled chicken, and shrimp dishes. 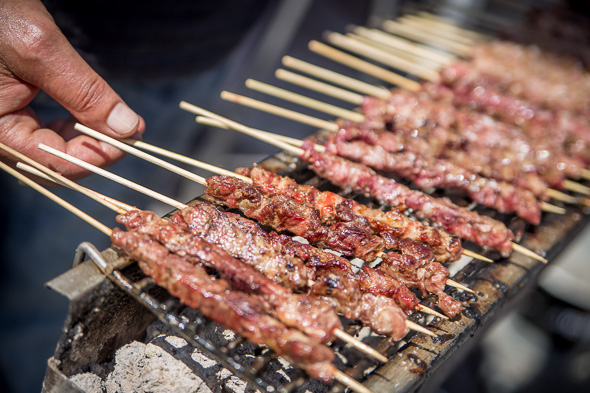 Taste of Toronto
Dates: June 23rd – June 26th
Where: Fort York: Garrison Common
For three incredible evenings, foodies and Torontonians alike can indulge on signature and featured dishes from some of the city’s top chefs and restaurants. Make sure to bring your appetite and make sure to try and sample as many of the 54 signature dishes offered.

Taste of Asia
Date: June 25th
Where: Kennedy Road and Steeles Avenue
It’s no secret that Asia has some of the most delicious foods in the world, and this festival is your chance to try as many of them. In addition to food, there are also live performances, vendors, and a number of other chances to connect with Asian culture. 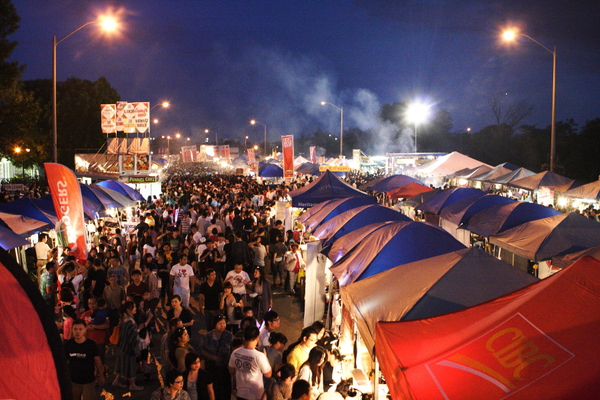 Toronto Rib Fest
Date: June 30th – July 3rd
Where: Centennial Park
Meat lovers, rejoice! One of the highlights of summer is the sweet smell of BBQ. Make your way to Etobicoke’s Centennial Park to try some of the best meat and ribs in Toronto. 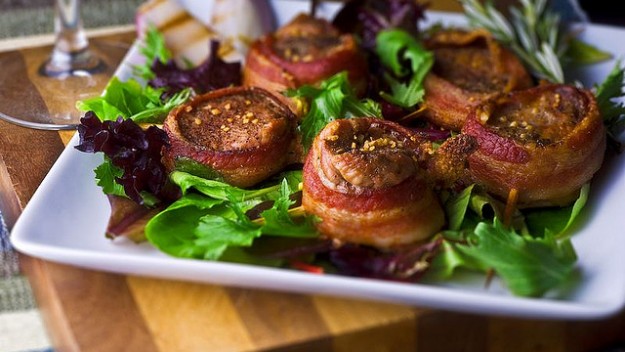 Taste of Lawrence
Date: July 8th – 10th
Where: Wexford Heights BIA
This three-day food festival is the largest of its kind in Scarborough that showcases foods from a number of different cultures. There will also be midway rides and live music, as well as dancing in the streets and activities for kids.

Photo – To Do Canada

TO Food Fest
Dates: July 9th – July 10th
Where: Chinese Cultural Centre
This free outdoor food festival is ideal for local foodies who want to food from the best hidden gems in the city. TO Food Fest features food from both established and aspiring chefs, giving the local community a taste of unique and delicious cuisine. Donations or a non-perishable food item for Second Harvest are appreciated. 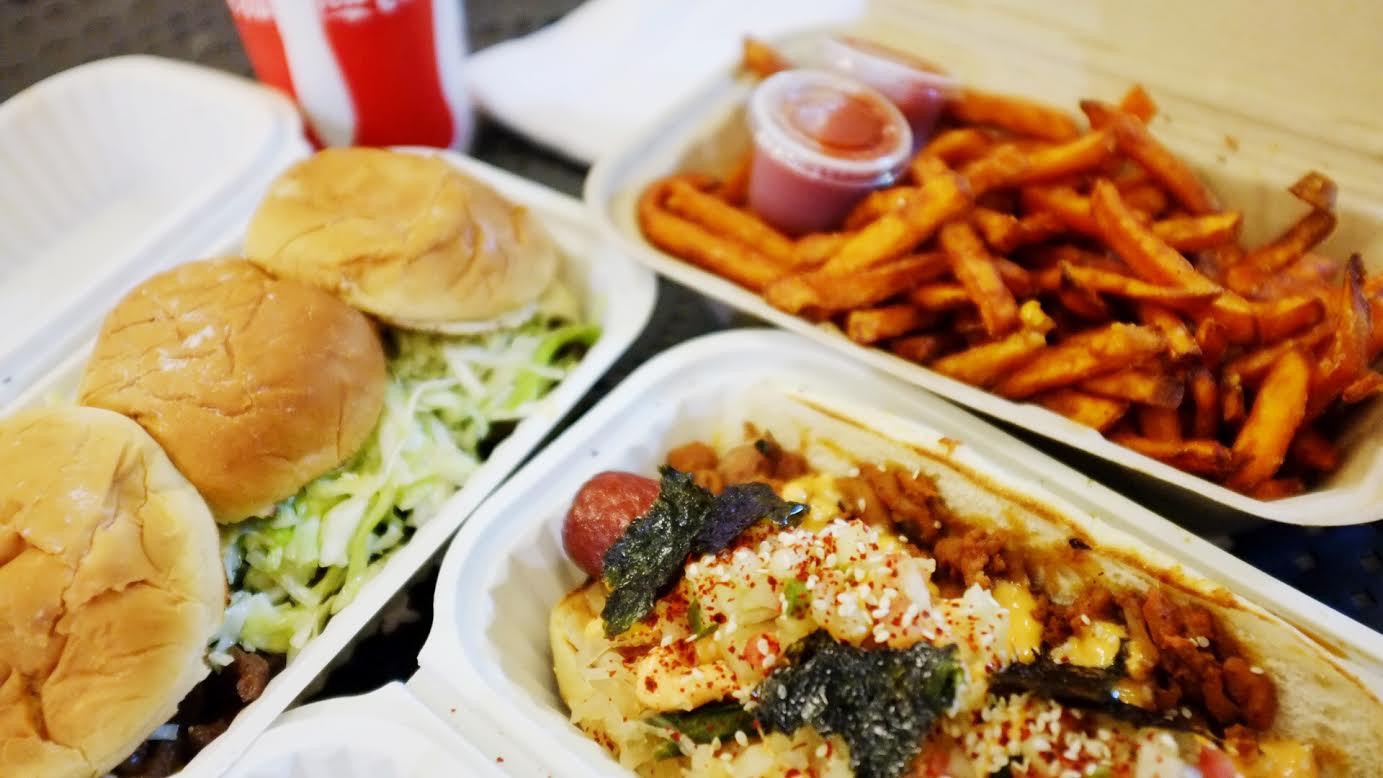 JerkFest
Dates: August 6th – 7th
Where: Centennial Park
There are few things in life more flavourful than authentic jerk chicken, which is why Toronto’s JerkFest was voted one of the top 100 food festivals in the city. JerkFest celebrates jerked cuisine and will have a wide range of jerk food like chicken, pork, rabbit, and even alligator. 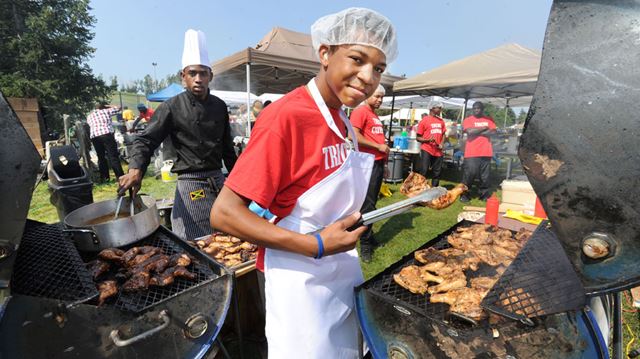 Toronto Vegan Food and Drink Festival
Date: August 13th
Where: Fort York: Garrison Common
For one night only you can dine on the best meatless and dairy-free snacks in the city. You don’t need to be a vegan to appreciate the tacos, pizza, and BBQ dishes that will be up for grabs. When you’re done stuffing your face, you can quench your thirst at the many beverage stations and check out the live music. 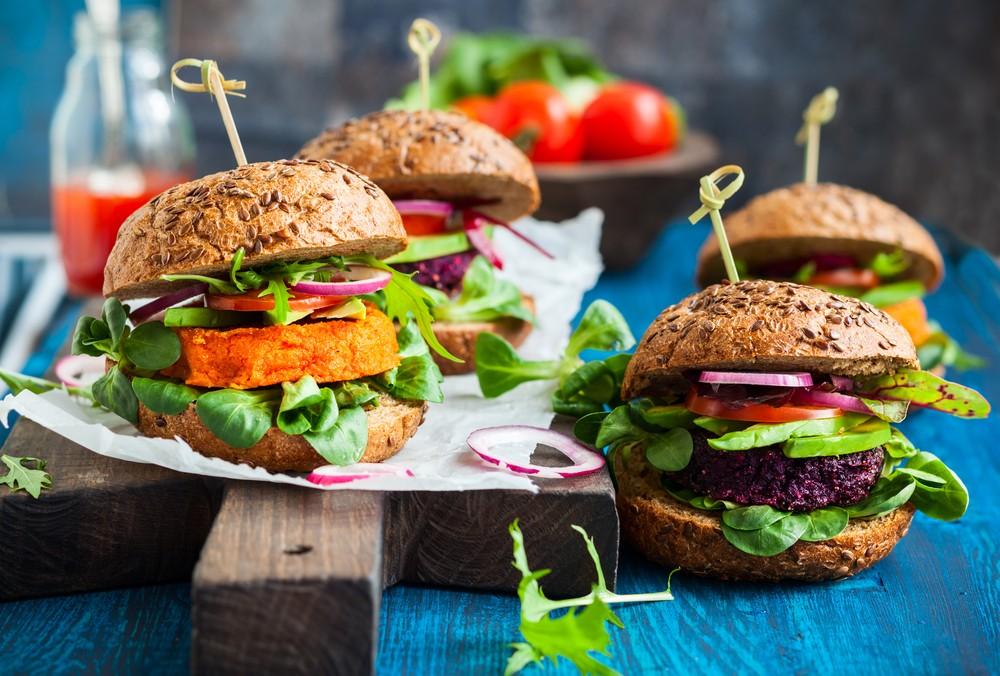 Pan American Food Festival
Dates: August 13th – 14th
Where: Daniels Spectrum
This one of a kind gastronomic experience takes place in the heart of Toronto and celebrates food from 41 countries including North, Central, South America, and the Caribbean. Each summer, the Pan American Food Festival features one country and this year, the focus will be on Ecuador.

Sweetery Toronto
Date: August 20th – 24th
Where: David Pecaut Square
Calling all sweet tooths: mark your calendars, this is a confectionery festival you won’t want to miss. Sweetery Toronto will be teaming up with local chefs, artists, food enthusiasts, critics and students to create an engaging experience that is both unique and affordable – solely focusing on sweet treats. Hopefully, someone will have these incredible doughnut ice cream cones available. 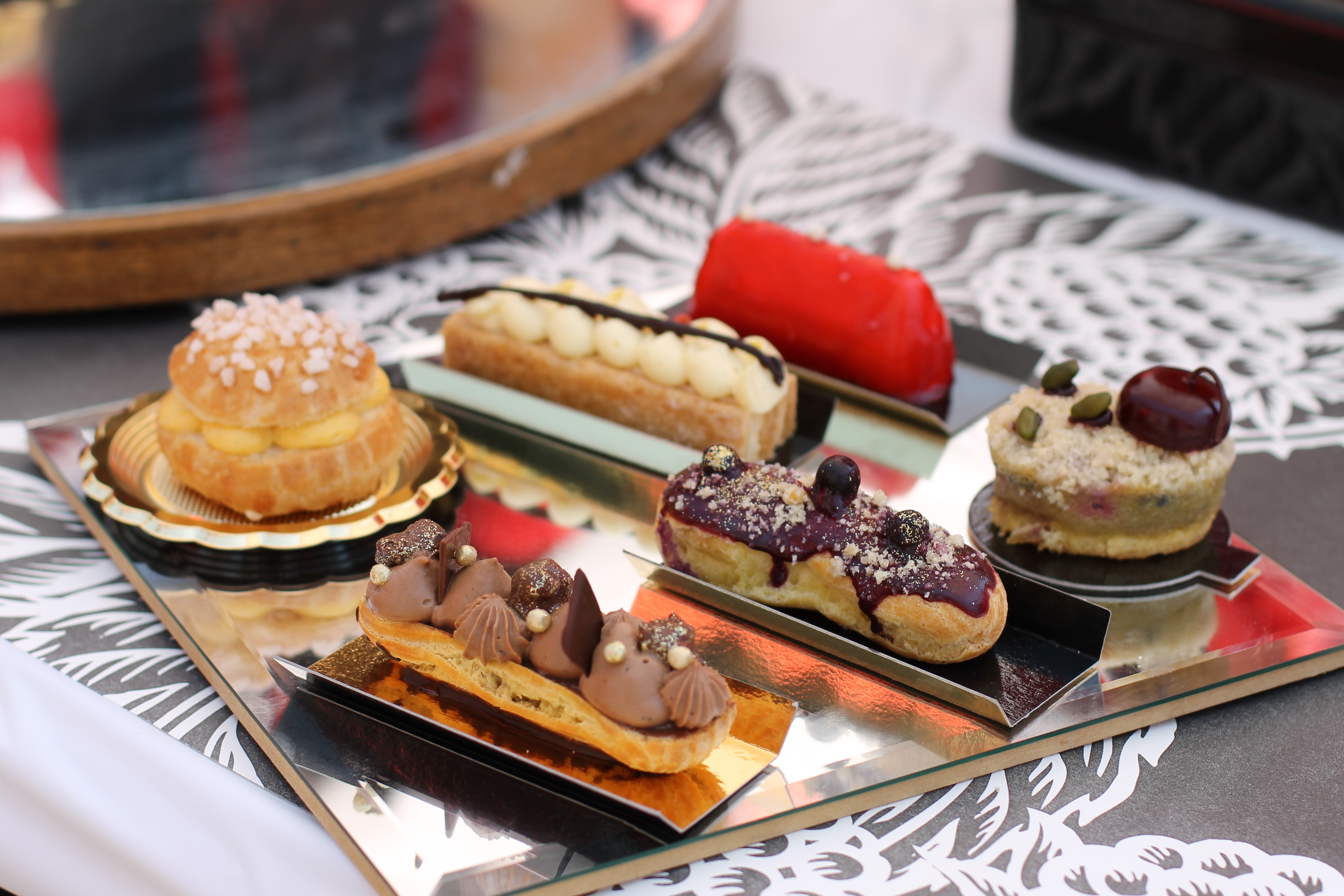