These days, smoking in a car with a child while you casually fire off a few texts as you drive would simply never be ok.

But it once was acceptable.

In fact, many things that now seem dangerous, dumb, or downright nuts were all seen as being completely normal.

1. Smoking Indoors
Back in the day, you could light up a cigarette pretty much anywhere – from restaurants to planes. A night out at a bar was guaranteed to make your pillow smell like smoke, even if you weren’t a smoker. Of course, now, you can’t even smoke on patios in most provinces.

2. Seeing the Cockpit of a Plane
With current airline restrictions tighter than ever before, it seems pretty absurd to think that children – perhaps even you – once got to sit in the cockpit of the plane as a form of in-flight entertainment.

3. Calling Someone
Admit it – it’s an increasingly rare occurrence to hear your personal cell phone ring unless it’s a family member, significant other, or best friend calling. Especially after a first date, calling someone can be a little weird. But that wasn’t always the case. Once you made it past the parents, you and your junior high or high school crush would practically fall asleep while on the phone with one another.

4. Getting Married By 18
Back in the day, you were considered a full, functioning, mature adult by the age of 18. Naturally, that meant you were ready to get married and have kids shortly after. These days, not only are many 18-year-olds still living under their parents’ roof, for today’s refusing to settle (or settle down) young professionals, 30 is indeed the new 20.

5. Spanking Kids
Odds are, you were spanked at least once as a kid. Odds are also that you’d never think of doing so to your own child now. In fact, doing so in a public setting will likely result in a video that goes viral and subsequent social media shaming campaign against you.

6. Fat Jokes
From Fat Albert to Chris Farley, there was a time when the fat guy was the brunt of countless jokes. Now, with “fat shaming” the apparent buzz term of the month, we need to be more careful than ever not to stigmatize people who are overweight.

7. Texting and Driving
There was once a time where everyone would text and drive – it was multitasking at its finest. But that was before the accidents started occurring, coupled with a growing list of texting and driving stats that basically make it seem as stupid as drinking and driving.

8. Walking with Your Face in Your Phone
Believe it or not, there was once a time when cell phones were actually a new concept, and the etiquette for how and when to use them had yet to be established. But times have changed and – especially if you’re on a busy street during rush hour – walking with your face in your phone without watching where you’re going is going to earn you more than a few angry glares.

9. Saying “Indian Summer”
In case you didn’t get the memo, it’s no longer politically correct to use the term “Indian summer” when referring to a stretch of beautiful fall weather. This is particularly useful information right now.

10. Over Sharing on Social Media
We should all have the hang of social media by now. Whereas, when Facebook was still new, many of us would have an entire album for every single occurrence in our lives, now, most of us have come to understand that a single picture or two to capture the moment will suffice. Nobody needs to see an album of 100 shots of your day in the park.

12. Tagging People in Irrelevant Photos
Speaking of social media, most of us have moved past the phase of tagging people in irrelevant photos. Though we were once “tag happy,” you should have learned by now to be selective in who you tag and what photos you tag people in. And you should expect the same in return.

13. Watching Videos or Playing Games at Full Volume in a Room Full of People
When watching videos at our fingertips on our handheld devices was a novelty, it didn’t really matter where you did it. Now, it’s not only taboo, it’s annoying as hell – especially on public transportation.

14. Being Technologically Illiterate
Whereas it was once ok not to own a cell phone or a computer, these days it’s virtually unheard of – especially when it comes to young professionals. When our cities are more fast-paced than ever, everybody should know the basics about computers, smartphones, electronics, wearable tech – and should always have an app for that. 15. Cat Calling
With sexual harassment issues front and centre in today’s society, old-fashioned cat calling is less acceptable than ever as women refuse to accept such objectification of themselves. Not to mention, a catcall could quickly go viral should someone choose to whip out their phone to document it.

16. Recording Concerts with Your iPad
When tablets were a novelty, concertgoers revealed in the fact that they could bring them into concerts and record the whole thing to watch at home later or send to friends to make them jealous. And fellow concertgoers put up with it because they didn’t know what else to do. Now, if you’re blocking someone’s view with a tablet, you’re pretty much the most hated asshole at the concert. 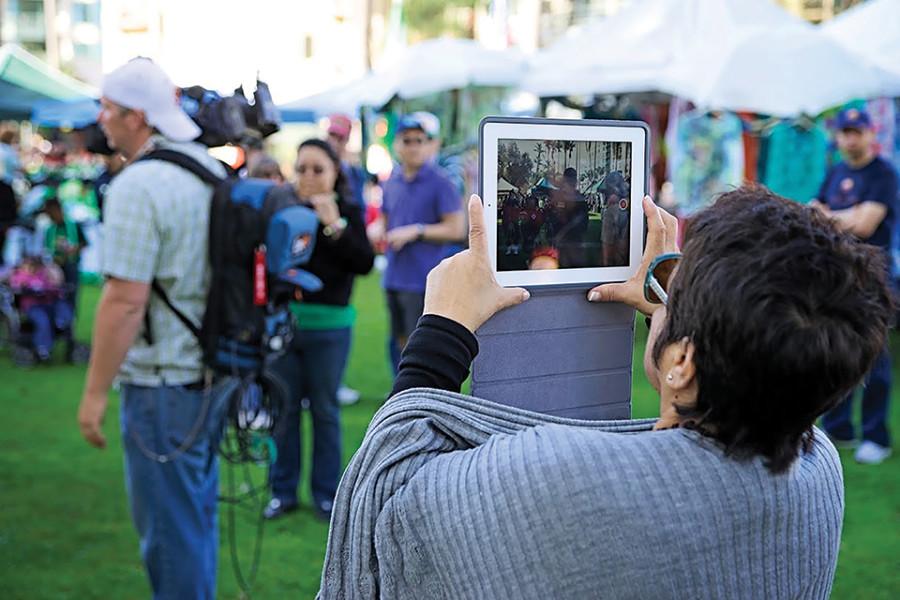