Straying from the norm to follow your passion takes a lot of courage, but getting to do what you love every day makes it all worth it. Of course, it also doesn’t hurt to get a little help along the way. And not just financially.

The RBC Canadian Painting Competition will award $85,000 in prize money to aspiring artists across Canada, but ultimately it works to empower young artists with both financial and industry knowledge they need to succeed in their career.

This year’s group of finalists is a truly diverse bunch, hailing coast to coast. They were selected from hundreds of applicants so, needless to say, they are also extremely good at what they do.

Here are the 15 young artists that will be the talk of the town in the years to come. 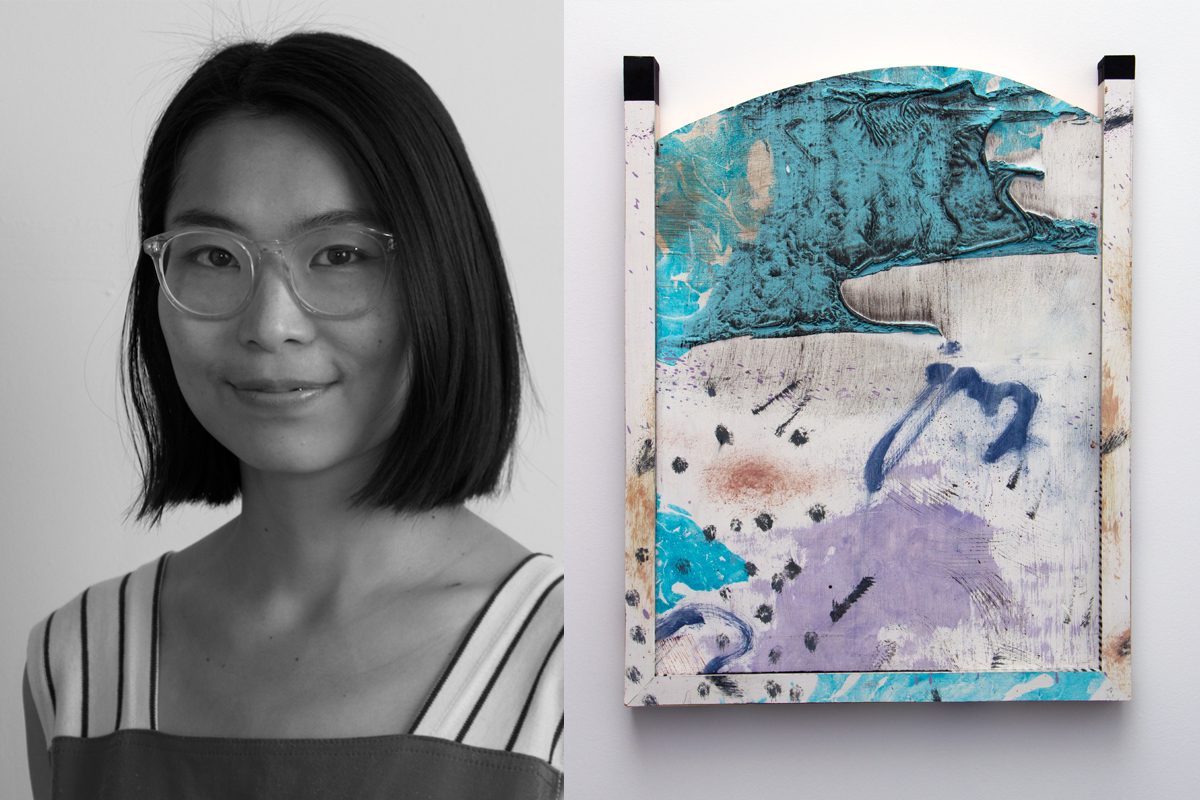 This Toronto-based artist is also a member of VSVSVS, an arts collective and artist-run centre. “Painting allows me to compress banal and ordinary events into lavish visual experiences with a sense of purpose,” says Wallis Cheung. 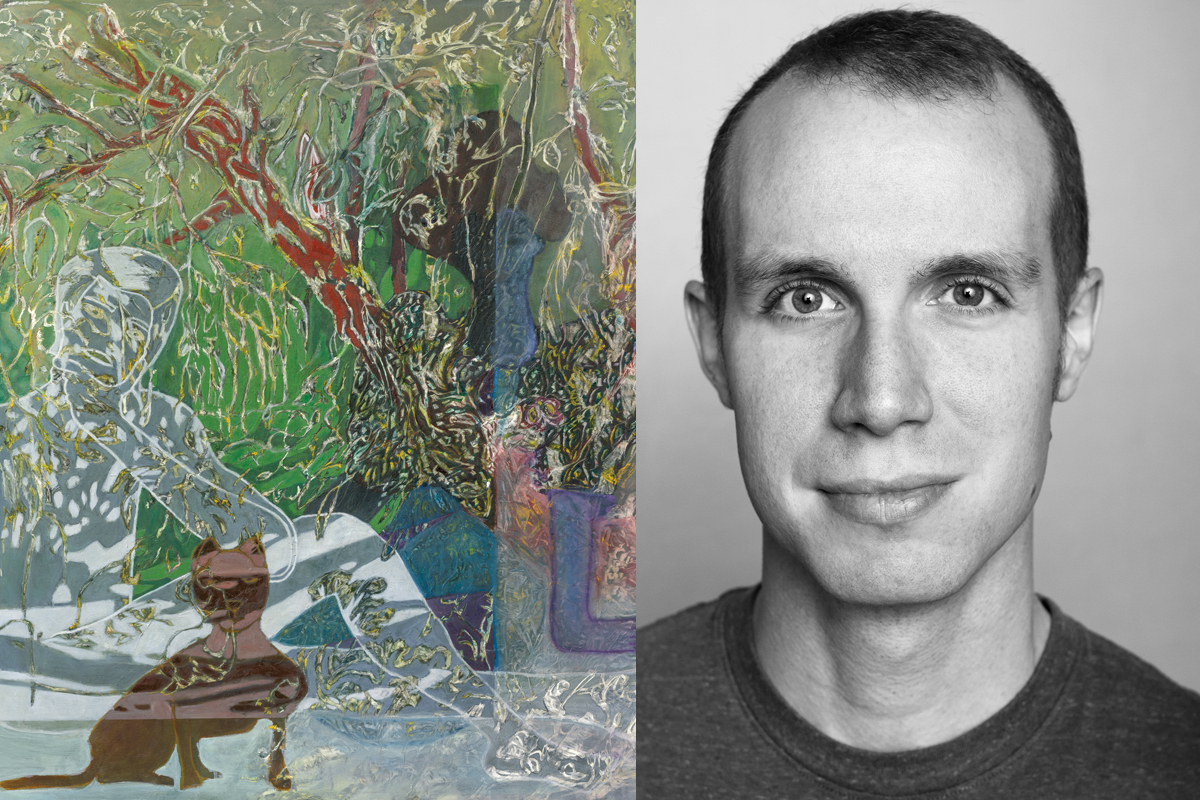 Fischer’s signature style involves using advanced digital imaging techniques to map out complex layers and patterns from dozens of reference images. He says he considers “a riot of possible techniques and subjects” when working on a single piece of art. 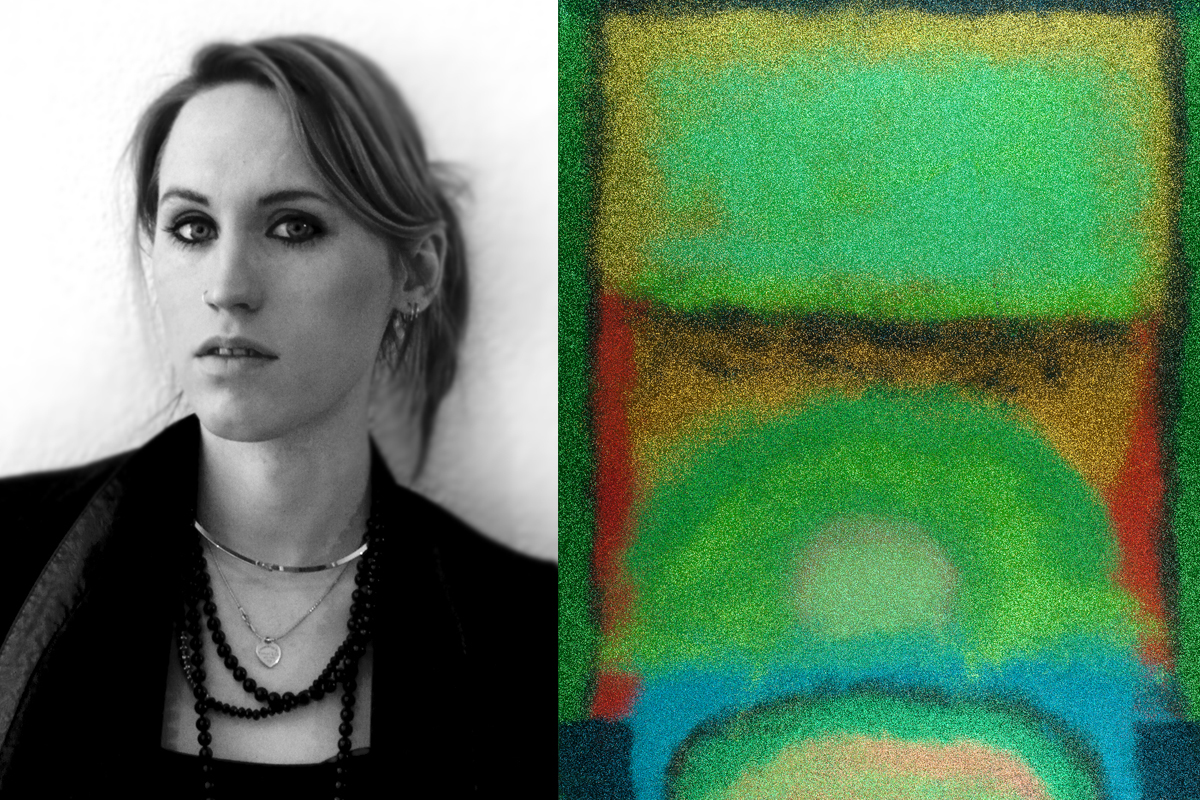 Berlin-based Nika Fontaine’s work is kind of like art history meets kitsch. Her composition and colour palette are reminiscent of Mark Rothko, but she uses glitter pigment to make the art come alive, reacting and changing according to the lighting and the viewer’s movement. 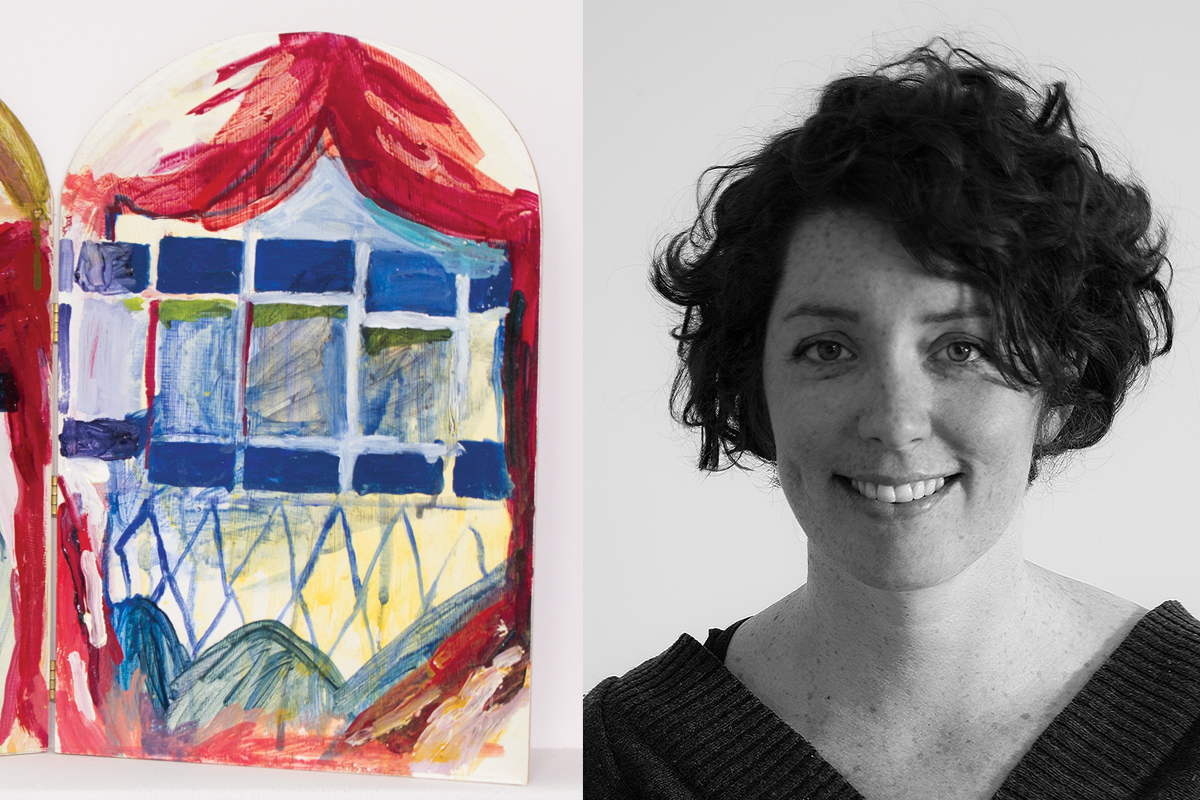 “I paint as an act of engagement, with space and with people. My paintings are a way of contemplating place,” says Cameron Forbes about her relationship with the medium. The Saskatoon native is currently completing an MFA at Concordia University. 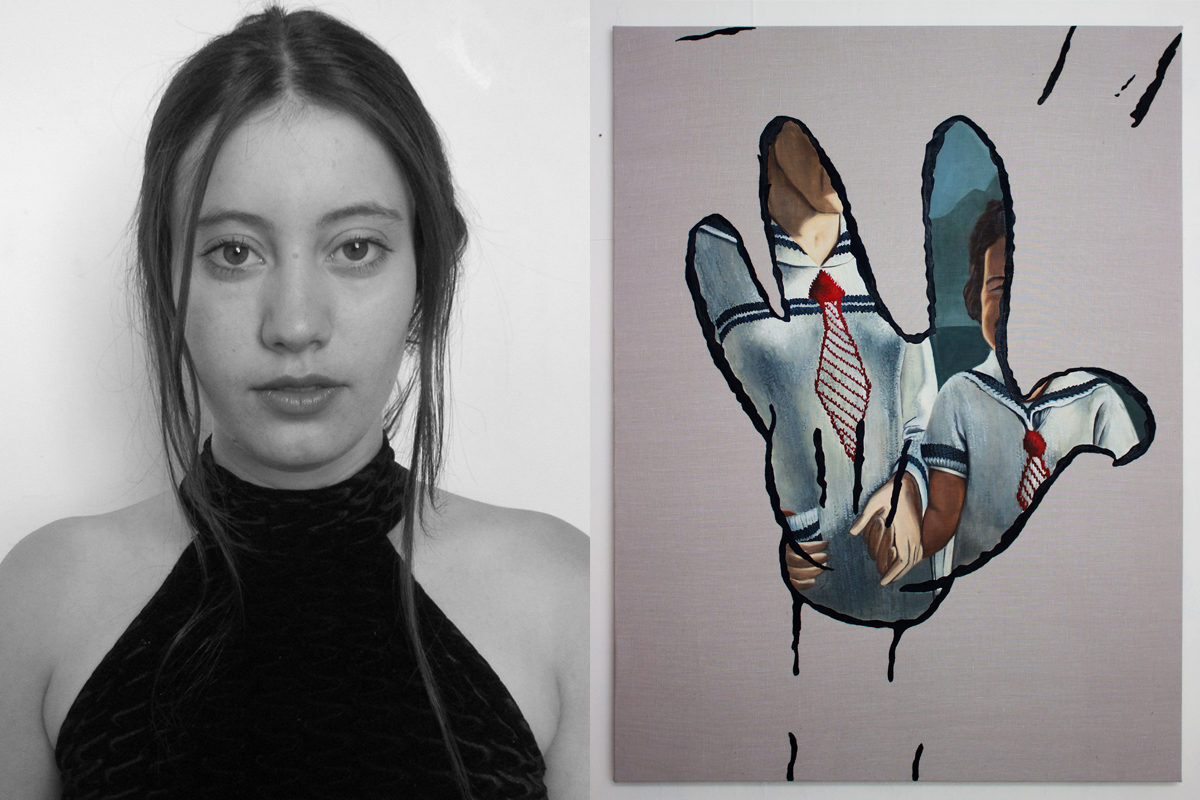 Hier’s work juxtaposes past with present (think classical painting paired with clip art) and often contains multiple references to internet culture. “The Internet and digital media,” she writes, “are integral to understanding the ways in which the 21st-century spectator absorbs information, images, and thus painting.” 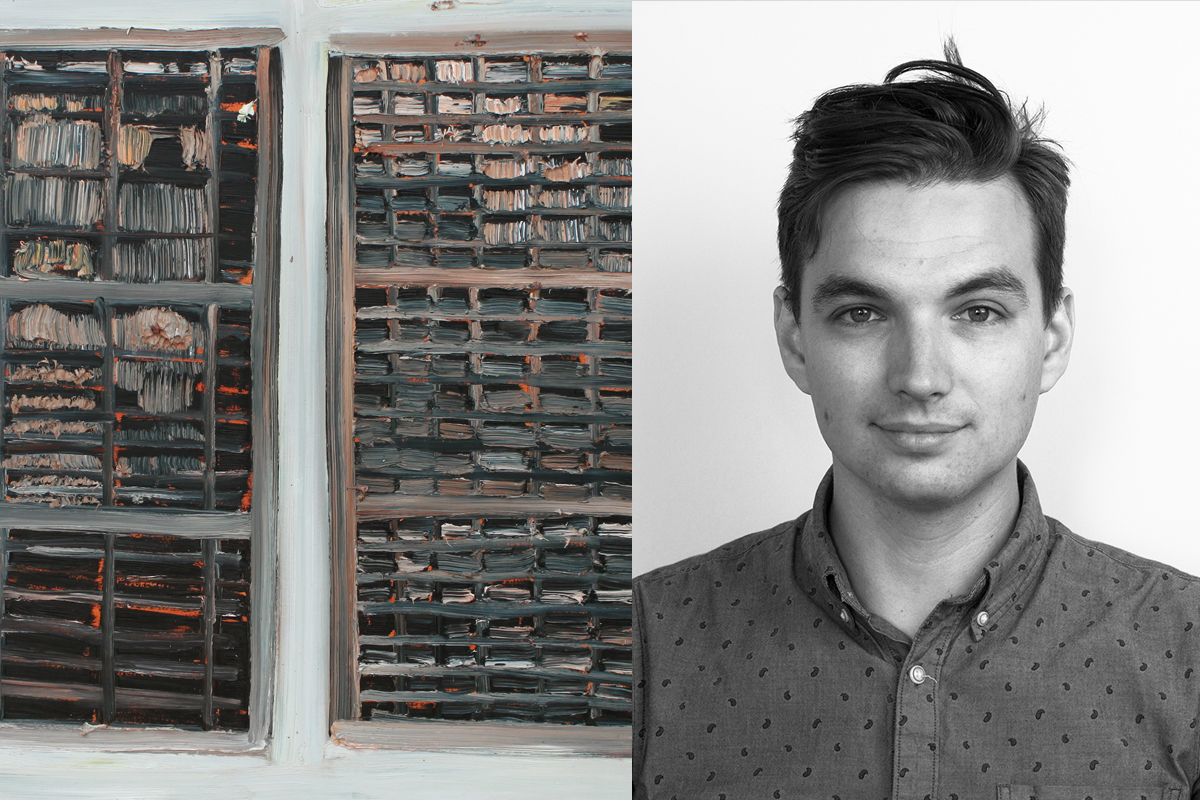 While Hunter’s work, on first glance may seem simplistic, he says his use of humble objects can be both mysterious and nostalgic. “I’m interested in how the power and importance of an object can be transformed through time,” he says. 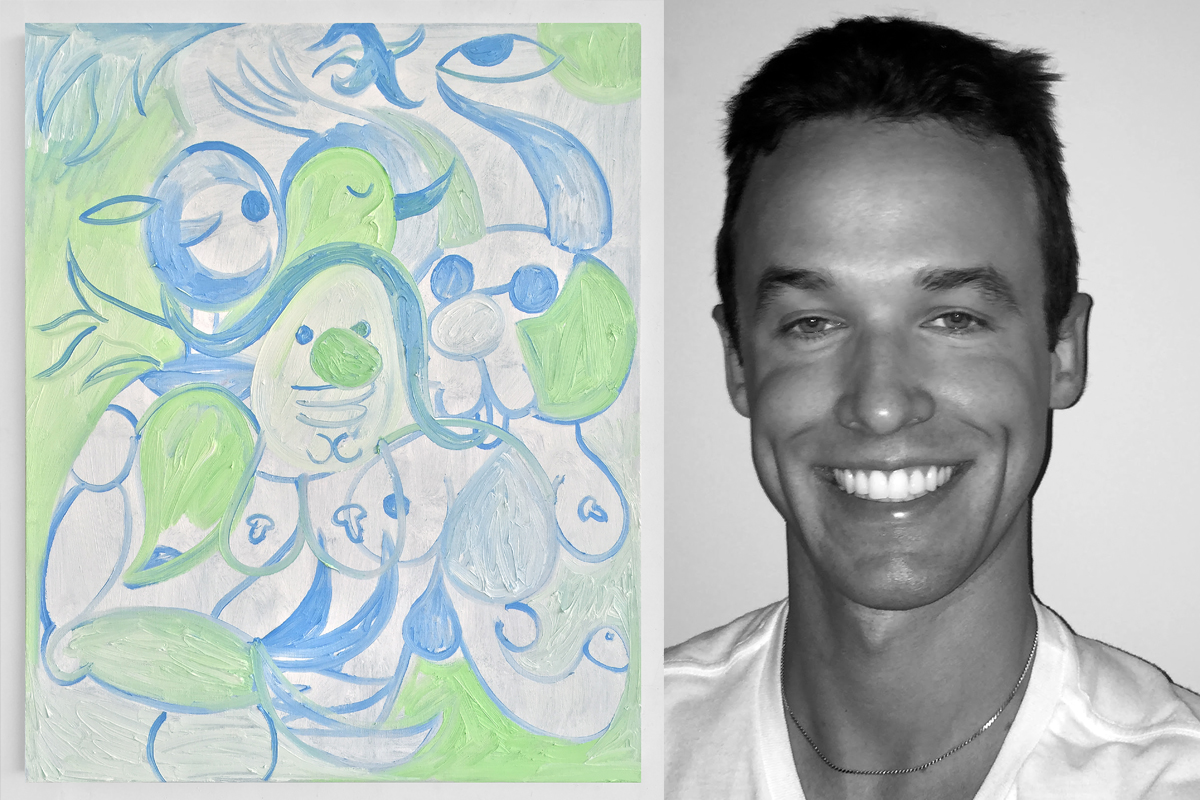 Brian Kokoska says his paintings offer “a challenging take on contemporary painting that he describes as “poetic, playful and distorted.” His dark cartoon-like images can be both pleasing and unsettling, and the tension these opposing forces create is truly thought-provoking. 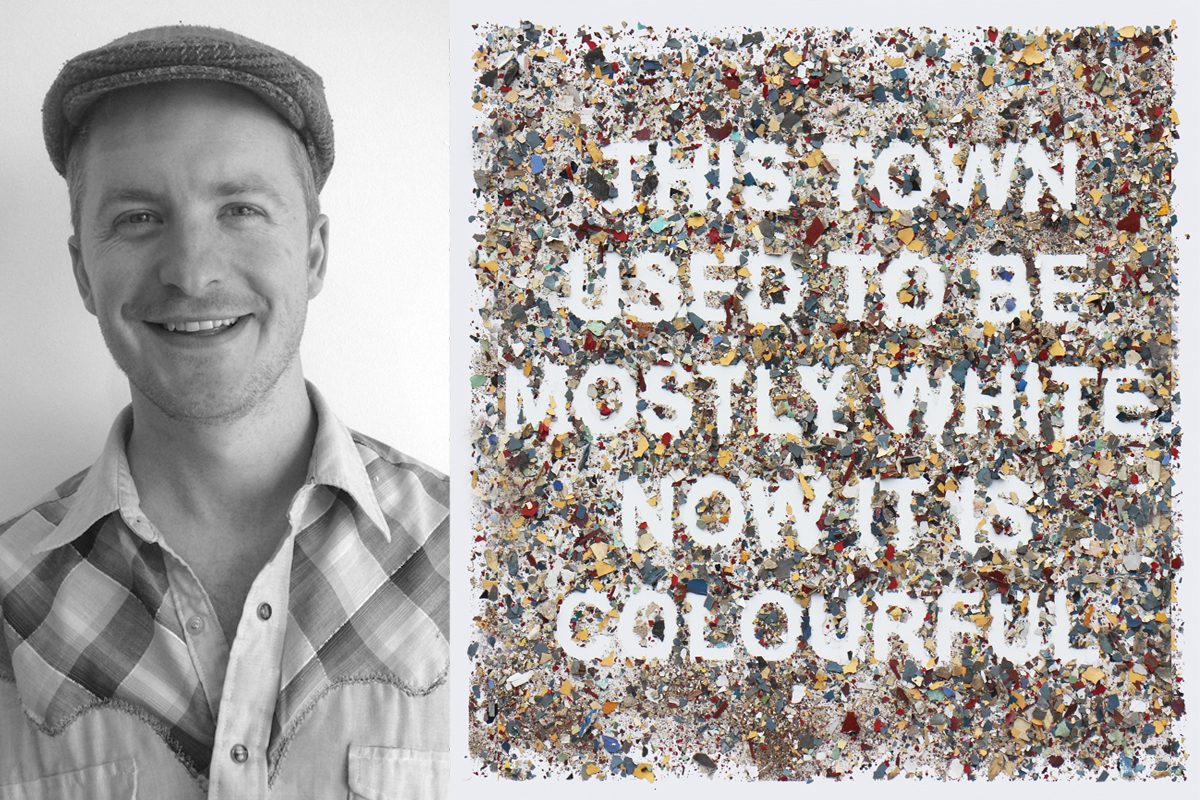 While many artists’ works are rooted in their own heritage, Maize explores this theme quite literally. For instance, for his Lunenburg House Paint Project, he went door-to-door in his local community collecting chips of paint. “I am exploring the relationship of heritage and progress in the local context while engaging with paint itself: its qualities, limits and history,” he says. 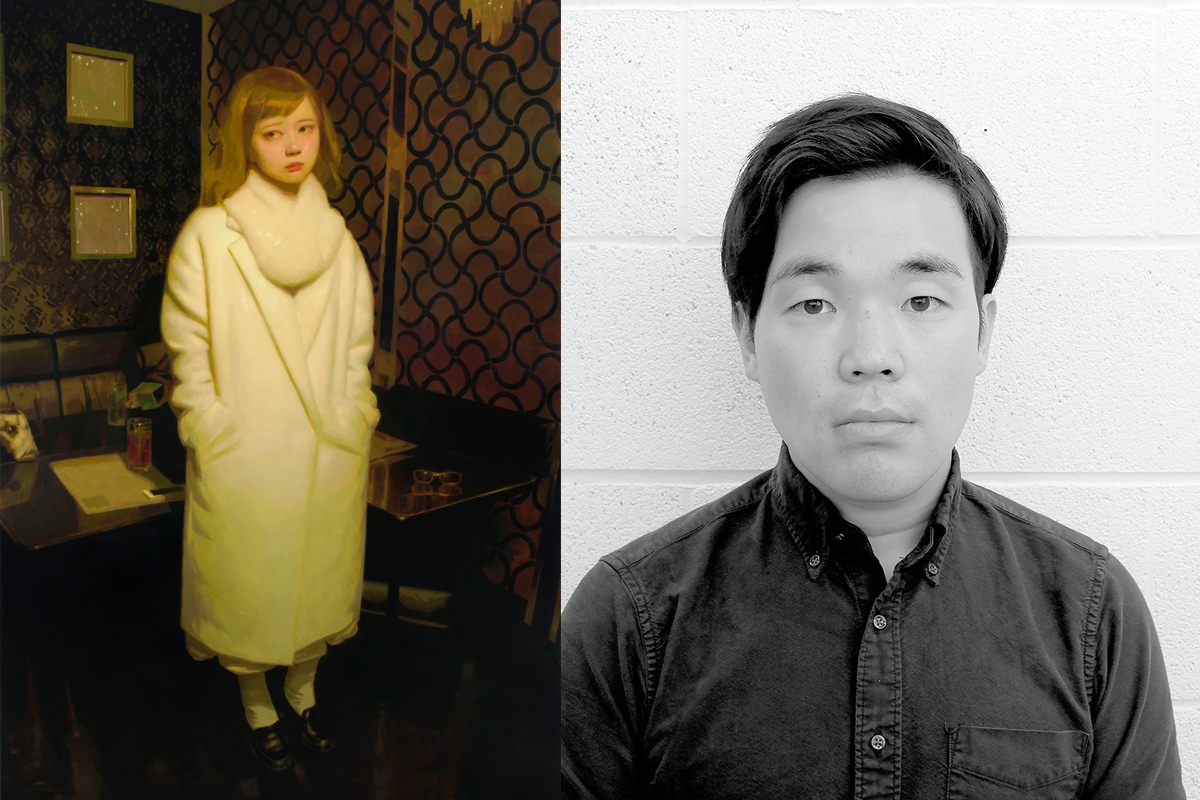 Morimoto’s work is a juxtaposition of several contrasting themes: East meets West, Old meets New, Aristocracy meets Poverty. The result is a provocative and multilayered piece of art. He describes it as “a mixture of my cultural and aesthetic ties to Japan, and my fascination with the tradition of Western Realism.” 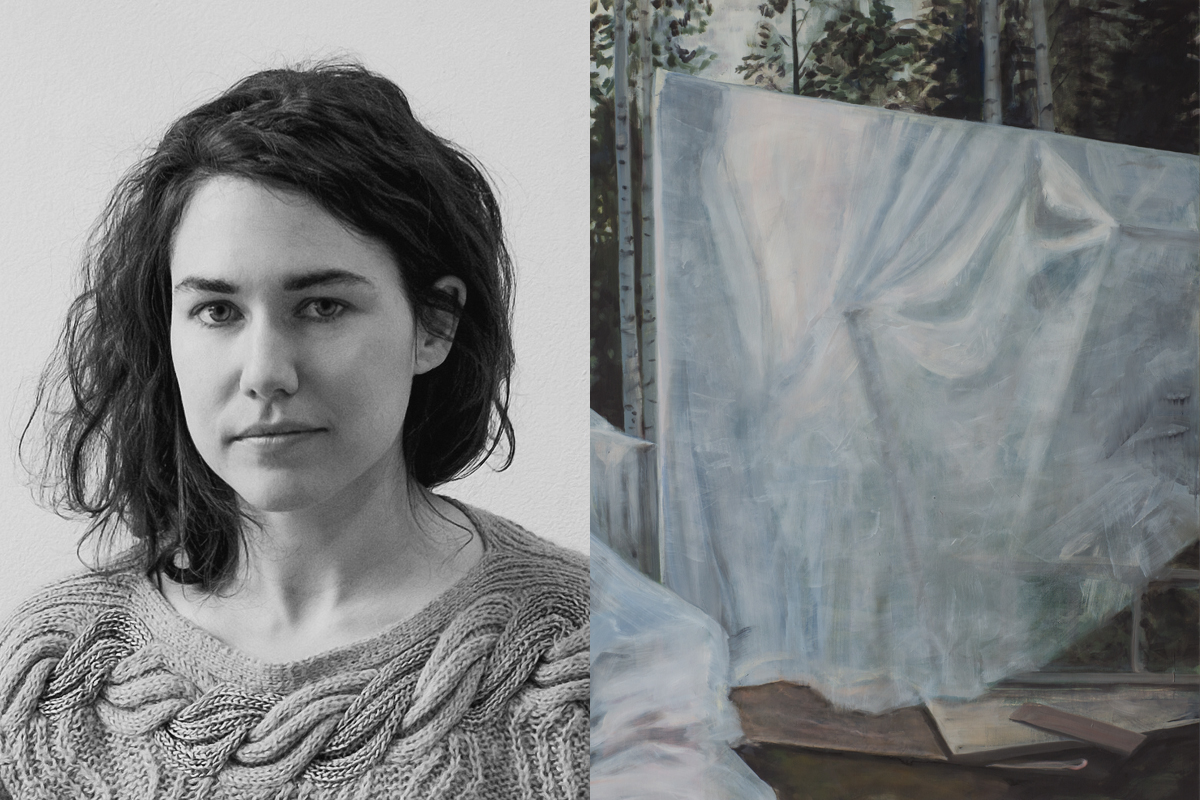 Justine Skahan’s art is greatly inspired pop culture and the suburban landscape. “Painting is a physical and mental process that allows me to deconstruct the subject matter that I am addressing,” she says. These subjects are what she calls the “seemingly mundane or overlooked fragments” of modern, daily life. 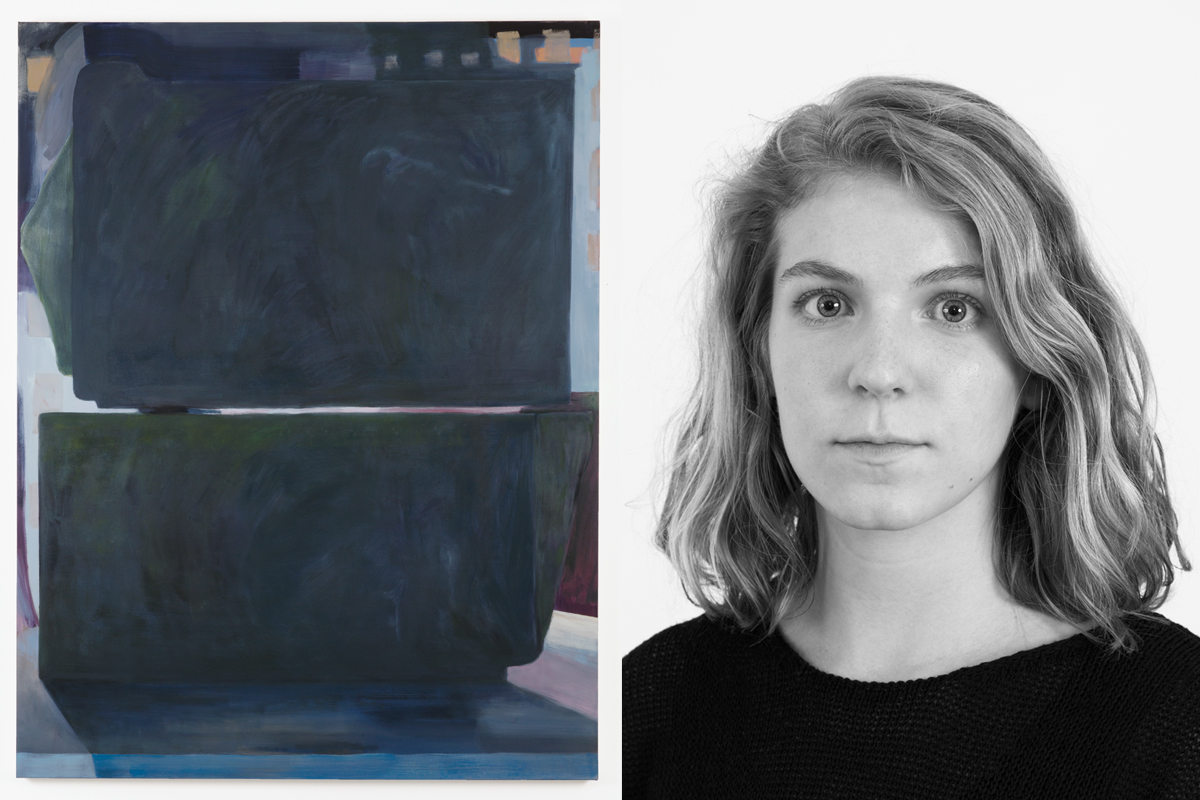 For M.E. Sparks, a painting is more than just a material thing – it’s also a kind of window into another space. Which is why it’s no surprise that a major theme of her work is to attempt to urge the viewer to see alternative ways of looking and engaging with art. 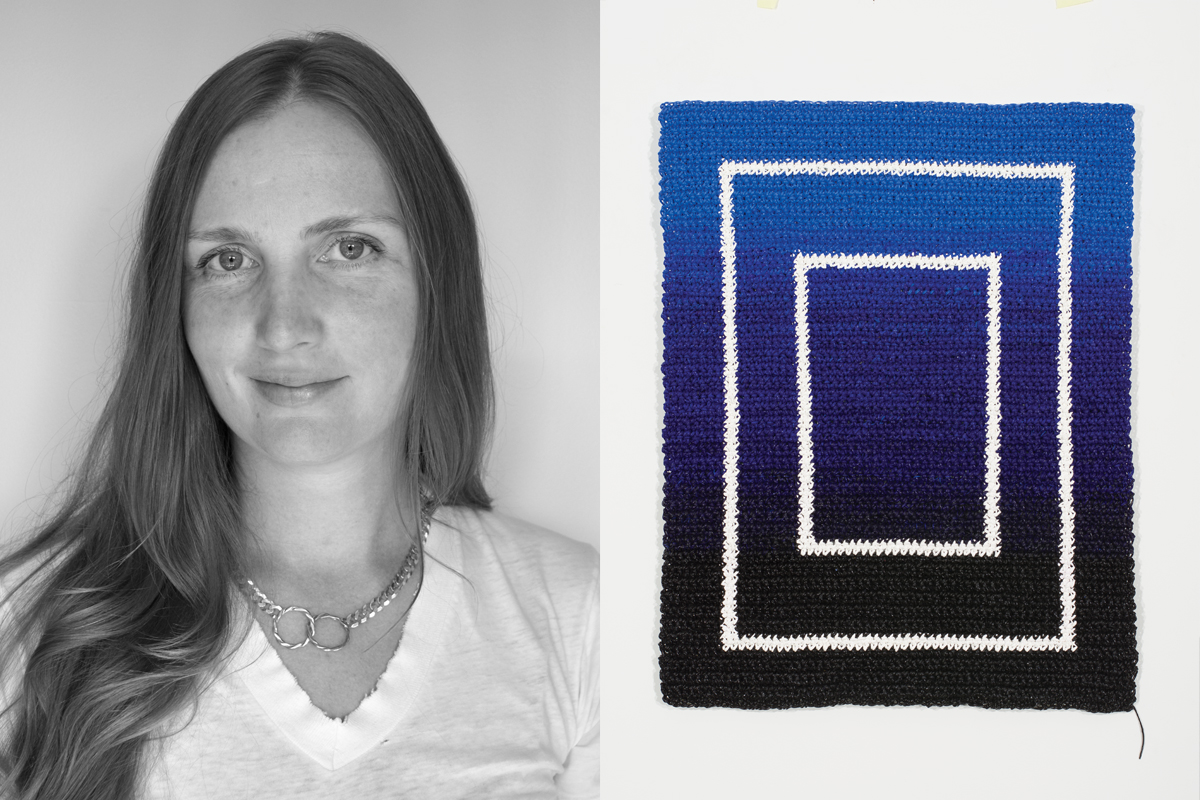 Paintings are usually seen as a flat, one-dimensional object, but not for Angela Teng. She’s developed unique ways to combine paint with crochet in order to push the boundaries between painting and sculpture. 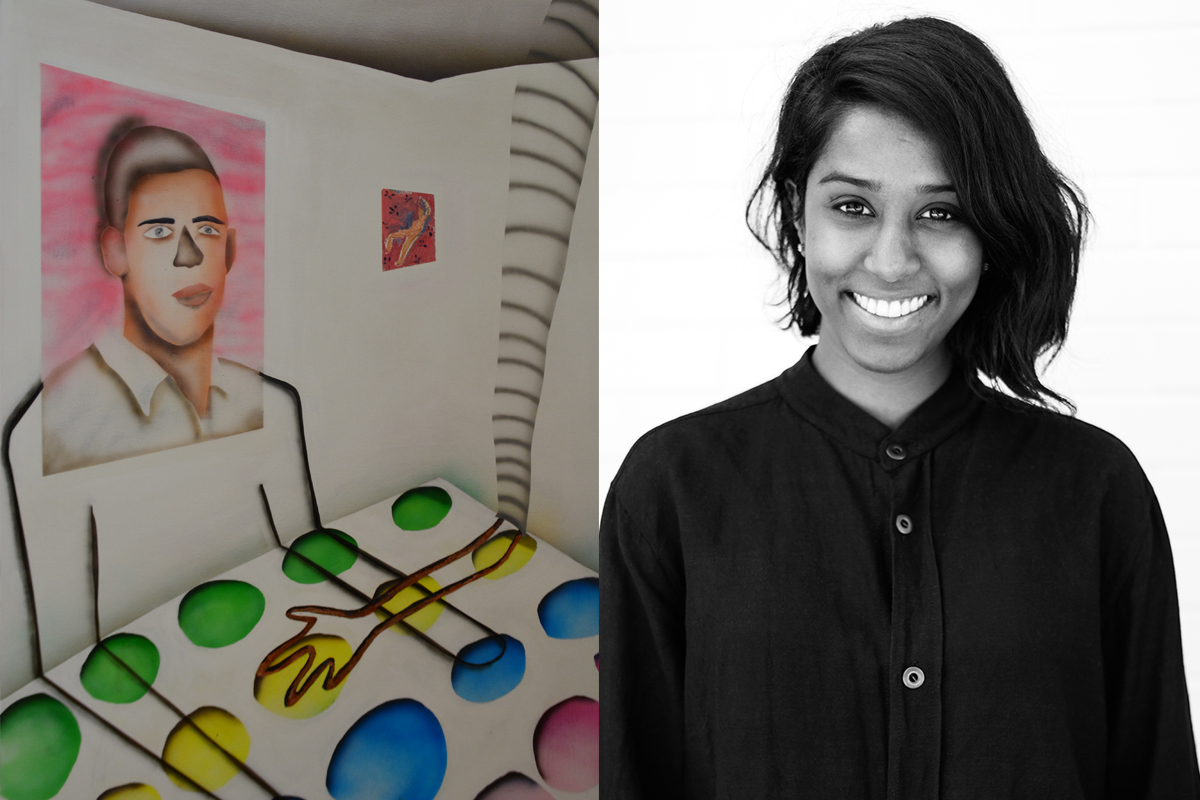 geetha thurairajah uses her work to explore her diasporic experience through a digital lens. Using what she calls a “futuristic visual language,” she treats her painting as though she were an avatar navigating a virtual world. 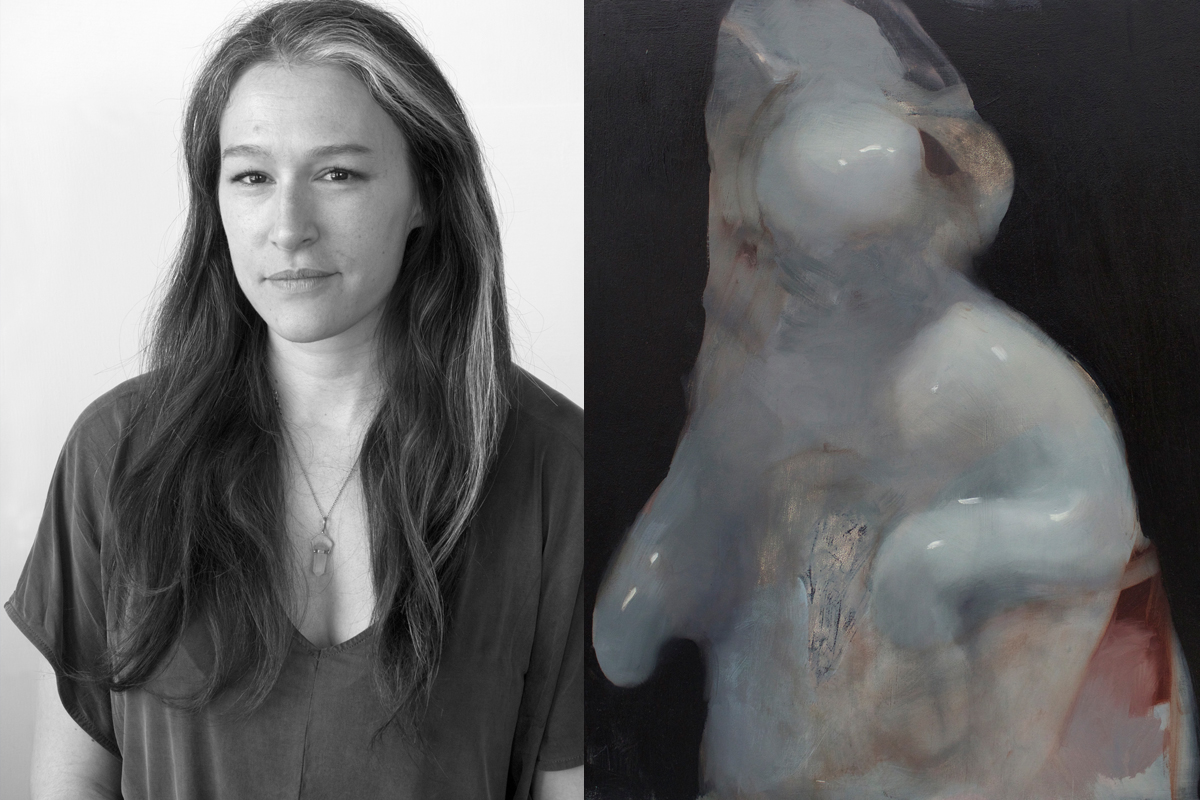 Amber Wellmann is a recent recipient of the Joseph Plaskett Award and a graduate of the MFA program at the University of Guelph. She uses the visual motifs of mid-19th century painting and the medium of porcelain to critique the era’s representations of women.