Lying is never okay…except, you know, when it is.

Understanding the fine line that separates this oxymoronic balance and knowing when to cross it separates the good-hearted from the cruel, the Mother Theresas from the Frank Abagnales.

There are also certain situations that invite complete disregard for the moral compass that governs your decision to lie or tell the truth. Here are 14 times it’s acceptable to compromise honesty…

1. When you’re in danger.
When someone’s threatening to rob you with a knife, there should be no guilt about making up the fact that you have a gun. (But you should be making this up, otherwise, why are you carrying a gun? No, seriously – don’t lie…)

2. To get out of a harmful relationship.
Someone who tries to keep you in a relationship against your will is a prime candidate to be justifiably lied to. Do what you have to do to get out.

3. That you can’t spare any change.
Giving a few coins to those in need every once in a while is great – doing so every time someone asks because you’re too honest to say “I have no change” is something out of Liar! Liar! 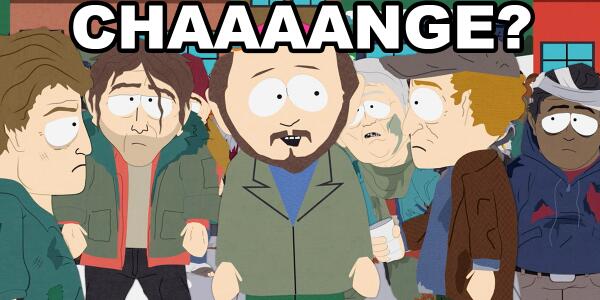 4. To turn down a vice.
Telling someone you don’t smoke, drink, or gamble because you don’t feel like it right now is totally cool. Choosing when to indulge in your vices should never be determined by peer pressure.

6. When someone asks your age.
Unless you’re talking to someone who has a legal right to ask, this is about as white lie as it gets. Rarely ever does one’s (adult) age determine anything of significance. Also, people just need to stop asking this question.

7. When speaking to a layman.
Let’s just call it simplifying…

8. When a child can’t be guided any other way.
“The whole family will drop dead unless you eat your kale salad.” Totally harmless. Won’t have any ramifications on the child’s psyche whatsoever (please note: we are not child psychologists).

9. To withhold unnecessary details.
Telling your best friend that their crush isn’t ready for a commitment is just as effective – and significantly less hurtful – than saying “he/she’d rather sleep around a bit before dating you.”

10. When you’re playing poker.
If we need to tell you this, you should probably never play poker.

11. When your partner asks if they look fat in anything.
Any answer that isn’t ‘No’ is the wrong answer. Anybody who asks this question is not looking for the truth.

12. When you’re the one who farted in a crowded room.
We’re adults now – farts aren’t trophies.

13. When you ate the last ___.
Why draw scorn onto oneself without reason? It’s not like knowing who actually ate the last cronut is going to bring it back.

14. When you’re planning a surprise party.
Lie, cheat, steal – whatever. Just make sure you’re not the one to ruin the surprise. You will never live it down. Ever.