It’s cold outside and you’re on a January detox.

We understand. But don’t let that get in the way of checking out some of these amazing events going on around Calgary.

There’s plenty to see, hear, eat and drink this January, and we’d hate for you to miss out on any of it because you were busy hibernating in your apartment…

Vance Joy
It’s a far cry from Melbourne, but James Gabriel Keogh, aka Vance Joy, will be playing in Calgary on the 17th at the Southern Alberta Jubilee Auditorium, removing any winter blues we might have had with his beach-y songs and ukulele melodies.

SPIN
Award-winning Toronto artist Evalyn Parry is bringing her unique brand of theatre and music to Calgary with her mesmerizing show, SPIN, and the humble bicycle as her muse. Partly inspired by Annie Londonderry’s ride around the world on a bike in 1984, it’s mixture of songs and monologue.

Calgary I Love You, But You’re Killing Me
As part of the 30th anniversary High Performance Rodeo, Calgary’s International Festival of the Arts, Blake Brooker’s hilarious musical comedy is landing this January. Performing at the One Yellow Rabbit Performance Theatre from Jan 12-23, it’s an ode to the city that asks Calgary, what animal would the city be?

Rufus Wainwright
The American-Canadian singer songwriter will be stopping by at the Southern Alberta Jubilee Auditorium on January 13 and playing songs from his back catalogue alongside the Calgary Philharmonic Orchestra.

National Geographic Live
There won’t be a safari at the symphony, but this is pretty much the next best thing at the Jack Singer Concert Hall. Emmy award-winning cinematographer Bob Poole takes us on a journey to the African wild, showing how his conservation project helped save Mozambique’s Gorongosa National Park.

Eat Breakfast at Dinner Time
There’s a new guy in town over in West Springs, and he’s serving up pancakes or bacon and eggs whenever you feel like it at this all day breakfast café. Try Ace’s breakfast burger from a table or booth in the newly opened eatery.

Best of Banff Mountain Film Festival
If you didn’t get to the film event back in November, you haven’t missed the opportunity to see the best movies from this year’s festival. A selection of films will be screened at the university and John Dutton’s theatre including, 55 Hours in Mexico and The Important Places.

Inflatable Art and Design Workshop
This musical explosion of images and colours brings The Little Prince to life on stage as part of the High Performance Rodeo. The story follows a plane crash in the Sahara Desert, where the pilot meets a young prince from a distant asteroid.

Jack Bush in Studio
The Canadian abstract painter will be launching the 2016 season at the Esker Foundation when he displays his work starting January 23. This exhibition explores how working space informed the art production of one of the most impactful Colour Field painters.

I’ll Crane For You
Listed in The Globe and Mail’s top 5 dance events of 2015, I’ll Crane For You will be performing on Saturday the 9th and Sunday 10th at the F.R Matthews Theatre. Veteran dancer and choreographer Christopher House performs without music for about an hour in an absurd piece that asks questions of the whole body on stage – and all in a red wrestling singlet.

Deep Aerobics
It’s dirty work, but someone’s gotta do it. That someone is Death Electric Emo Protest – and you, if you’re brave enough. It’s a participatory spectacle that sees New York choreographer Miguel  Gutierrez break a sweat (in costume of course).

The Motorcycle Show
Dalton Timmis Insurance presents the 2016 Motorcycle Show, live from the BMO Centre at Stampede Park. Featuring the latest products, demonstrations from manufacturers, celebrity racers, prize giveaways and freestyle shows, this is one the motorcycle aficionado won’t want to miss. 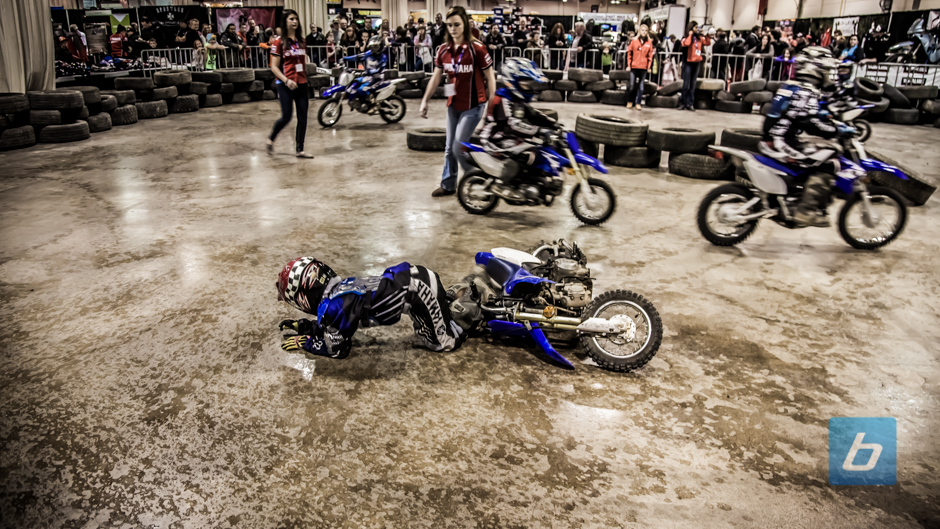