If you’re looking for a little steamy summertime action, you may want to look no further than your local jam session, monologue slam, or art gallery opening.

While they may not be for everyone when it comes to dating (they’re a bit of a handful), the creative set typically has one thing in common.

They’re amazing in bed (yeah, we said it).

Here are 11 reasons why creative people are better between the sheets:

One thing all artists and creative souls have in common is an insatiable passion – and a desire to express that passion. They tend to put their entire heart and soul into the task at hand – whether we’re creating a painting, writing the lyrics to a song, or in bed with friends, lovers, and significant others.

2. They’re Not Calculated
One thing that a right-leaning mind usually isn’t is overly calculated. Creative people tend to let that heart and soul lead over their sense of logic. And there’s no place in bed for being calculated – it’s never good for everyone. You can’t be in the moment if you’re planning you’re always planning your next move.

3. They’re Impulsive
When it comes to being in the moment, not only are most creative people not calculated, most are also pretty impulsive. While acting on impulses isn’t always the brightest idea when it comes to business, it usually works out in the bedroom.

4. They’re Up for a Little Adventure
Creative people are typically not the type to play it safe in life. They take risks, steer clear of the mundane, and thrive on adventure and excitement. That can only mean good things when it comes to the bedroom (right?).

5. Creative Minds are Sexy
There’s a reason you fall even harder for your musician crush when you see him or her perform live, complete with that raw passion that resonates from their being. Passion is sexy, and people are attracted to creative people. When you feel desired, craved, and wanted by the other person, you’re going to want to perform better.

6. They’re More in Touch with Their Emotions
The artsy type is by default in touch with their emotions. When it comes to the bedroom, this may translate to everything from strong eye contact, pre-sex cuddling, or – if the connection runs strong enough – some sensual lovemaking. 7. They Have More Time for Morning Sex
Sometimes, the best sex is morning sex – and not just on the weekends. Unlike someone in finance who’s usually in the office shortly after sunset, the creative set often has later start times to the day. Of course, this means more time to start your day properly.

8. They’re Imaginative
That perpetually daydreaming mind can come in handy when it comes to sex. Whether it means getting creative with locations of choice, or engaging in a little role-play (if that’s your thing) after a wine-filled dinner – they’re usually game to put that seasoned imagination to good use.

9. They’re more experienced
A 2005 study found that creative people tend to have a higher number of sexual partners that their left-brained counterparts. Even among our peers, the more liberal, creative set is more sexually active than those who aren’t. While we’re not promoting promiscuity, a little experience doesn’t hurt. 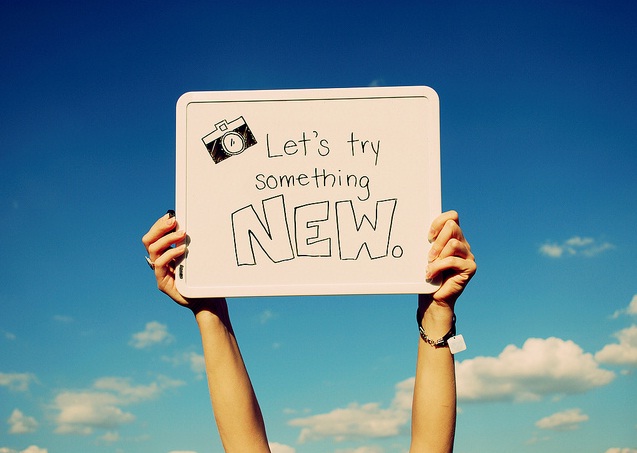 10. They Aren’t as Judgmental
Unlike the more straight-edge, corporate types, the artsy set – and yes, we’re generalizing here – is less likely to care about legs that could use a shave, old boxers, or smudged eye makeup the next morning. Even if the sex did leave something to be desired, creative people – with their perpetually open mind – are willing to explore the whole thing again until it’s mind-blowing for both.

11. They Don’t Care About Looking a Little Disheveled
Most in the creative set don’t subscribe to an overly rigid, too put-together look. Think: wearing Converse to the office. That’s why they’re totally cool with rocking a little post-quickie bed-head or a wrinkled t-shirt after the fact. They might even just be happy to do so.