For the past several weeks we’ve been working with MINI Canada to help celebrate the launch of their heart-pumping 2015 MINI 5 door.

But we’ve also saved the best for last.

‘Cause getting behind the wheel of the MINI 5 door will only make you want to drive it – forever. So in the spirit of hitting the open road, here are 11 unforgettable road trips waiting for you in our own backyard.

1. The Cabot Trail, Cape Breton, NS
If you’re looking for both quaint and picturesque, hit Nova Scotia’s Cabot Trail the next time you find yourself on the east coast. Of course, hugging these sharp corners with MINI’S legendary handling will also make you feel more alive than diving for fresh lobster. Speaking of which, you’ll enjoy a seafood-filled journey on the road as it completes a seaside loop of Cape Breton Island. You can expect to pass through several cute communities on the way that may just inspire you to slow it down a notch as you take a moment to inhale the salt air. 2. The Sea to Sky Highway, Squamish to Whistler, BC
If you’re the type to make videos from the passenger side, you better ensure your cameras and devices are fully charged before a trip along the Sea to Sky Highway – one of the most beautiful roads you’ll ever drive down. The winding drive takes you deep within the Coast Mountains, through rainforests, and over crashing waves below. Take your time with the drive, and stop for a hike or a fishing break along the way, should you be so inclined.

3. The Icefields Parkway, between Banff and Jasper National Parks, AB
A quintessential Canadian road trip involves the Canadian Rockies. The 232-kilometre Icefields Parkway winds right through our stunning mountains, complete with views of waterfalls, meadows, and piercing lakes, and offers no shortage of outdoor activities along the journey. Don’t worry, the extra cargo space in the MINI will allow you to pack all sorts of gear, from camping to sleeping bags, you’ll have space for it all. Another perk of the ride is the historic Banff Upper Hot Springs, where you can treat yourself for all that time spent behind the wheel.

4. The Viking Trail, NF
The Viking Trail – the largest themed road trip in Newfoundland & Labrador – runs from the west coast of Newfoundland through to southern Labrador. You can learn about the long history of the land, its original inhabitants, and the Vikings who landed there at heritage sites along the journey. In addition to some newfound Viking insight and rich historic sites, the drive is full of stunning bays and icebergs for some worthy Instagram material. You’ll also want to snap a shot of the tallest lighthouse in Atlantic Canada.

5. The Dempster Highway, Yukon to the Northwest Territories
If you’re a confident driver with a desire for an adventurous ride, head north to the The Dempster Highway from Dawson City, Yukon across the Arctic Circle to Inuvik, Northwest Territories. The rugged terrain (flat tires are the norm) and unpredictable, sometimes muddy road conditions make for a more challenging drive than your typical highway. Who wouldn’t love an exhilarating challenge anyway? And when you get behind the wheel of a MINI, you know this drive will be that much more fun. The drive offers views of some of the most remote areas you’ll ever see, with mountains, sprawling terrain, and Canadian wildlife as a backdrop.

6. Gourmet Route, QC
If you’re a self-proclaimed foodie with a love for country drives, you need to hit Quebec’s Gourmet Route this summer. Not only does the drive take you through some of the province’s most stunning countryside – complete with spectacular shots of the St. Lawrence River – your road trip won’t have to involve the inevitable fast food stop thanks to the goodness you can find along the way. The road is full of local artisans, chefs, and producers who will share their dishes and expertise. Expect a drive full of farms, vineyards, cheese factories, bakeries, chocolate shops, and restaurants.

7. The Yellowhead Highway, from British Columbia to Manitoba
You’ll find the best of the west coast on the Yellowhead Highway, which runs across all four of the Western provinces. Along the highway, you’ll find the best of lake country, quaint and historic communities, boreal forest, and picture-worthy parks complete with glacial deposits and the leftovers of lava flows. Just keep your eye out for wolves and moose along the way. 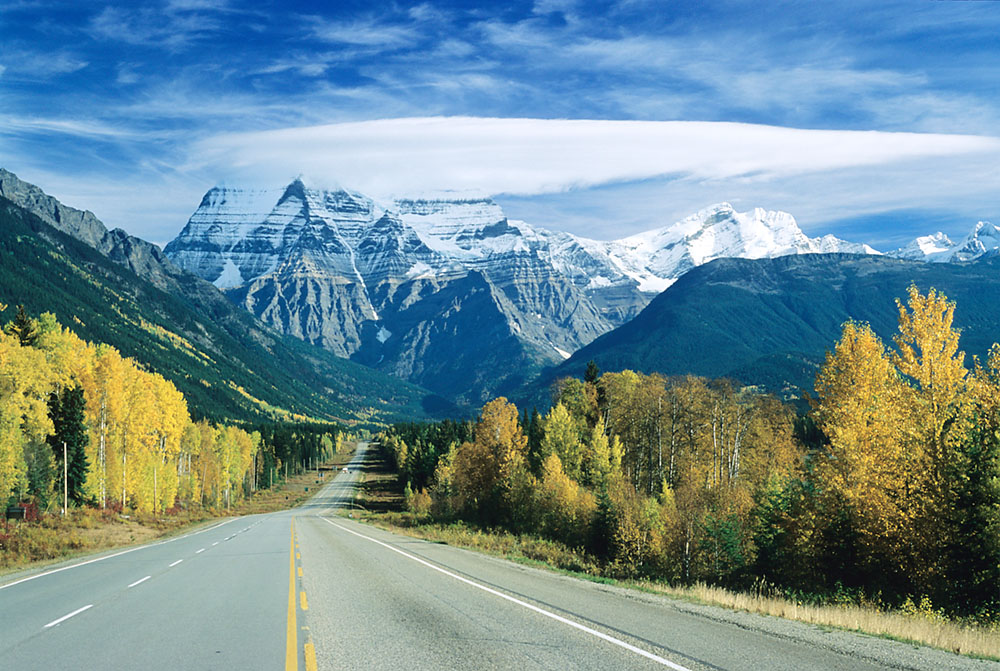 8. North Cape Coastal Drive, PEI
Don’t go to Prince Edward Island without taking a cruise down the North Cape Coastal Drive. You’ll cruise through rolling hills alongside rugged red cliffs, sandy beaches, fishing and farming communities, and the limitless ocean. And if you like oysters, you’re in luck – the coast is home to some of the world’s most famous.

9. The Fundy Coastal Drive, NB
The Bay of Fundy is definitely one for your travel bucket list – it’s one of the Marine Wonders of the World and in our own backyard, after all. The drive puts you right in the centre of the quintessential Canadian landscape. It stretches along the entire southern shore of New Brunswick, and can include things like whale watching, walking on the ocean floor, and touring local villages. Oh – and no shortage of lighthouses.

11. The Trans-Canada Highway, From British Columbia to Newfoundland
For the ultimate Canadian road trip, you could always drive from one coast to the other the full way along the Trans-Canada Highway. The world’s longest national highway will take you from Victoria, British Columbia to St. John’s, Newfoundland – offering the best of the west coast, prairies, and Maritimes along the way. Of course, road trip highlights include the Rockies, the Bay of Fundy, and the historic villages along Quebec’s Route 132, just to name a few.