Attending a live sports event is always a memorable experience.

From the pre-game warmup, to the over-priced drinks and fans in attendance, very few things change from city to city.

And in Toronto, it doesn’t matter if you’re cheering on the Leafs, the Jays or the Raptors, you will notice that the fans in attendance generally stay the same.

These are the 10 types of people you’re guaranteed to see at a Toronto sports game.

The Bay Street Corporate Guy:
If this guy’s $5000 suit doesn’t stand out in the sea of colourful jerseys, his lack of focus on the game probably will. He either hasn’t looked up from his cellphone or made his way back to his seat from the Air Canada Lounge.

The Bandwagon Fan:
It’s a well-known fact that Toronto has some of the biggest bandwagon fans as consistency isn’t really one of Toronto’s strong suits. These fans cheer the loudest when their team scores and coincidentally will boo the loudest the second their team makes a mistake. They enjoy their team’s success, but only until things go wrong. 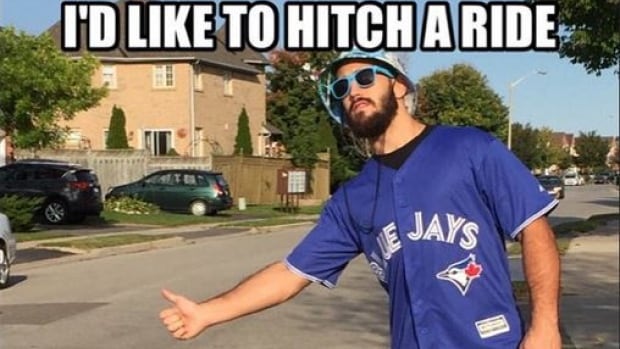 The Lifer:
This fan has probably been a season ticket holder well before the Leafs’ last run at the cup.  This fan’s undying support for their team will never be phased, even during the darkest days.

The Drunk:
There will always be more than enough of them in attendance and are an excellent source of additional entertainment. From chirping the players and refs to starting fights with the opposing team’s fans, you never really know what a drunk fan might get up to.

The First Date:
While Toronto sports tickets can cost a pretty penny, taking someone on a first date will definitely score you some brownie points. Carrying a full conversation during play is a bit of a challenge, so the only real chance for talking will come during the intermission. You can spot these guests a mile away as they inhale their beers and awkwardly avoid the kiss cam.

The Out-of-Towner:
This fan will most likely be the first one in his or her seat. They travelled far to get to the game and they are overjoyed with excitement for getting the chance to be at a game. They will always become pals with the people sitting around them and they will never leave their seat in the chance that they happen to miss an exciting play.

The No Clue:
These guests have no clue what’s going on in front of them and chances are they don’t even know the teams’ names.  Despite their lack of sports knowledge, they’re always cheering and chanting whenever something happens… even if its accidentally cheering for one of the opposing team’s goals.

The Die-Hard:
This fan’s passion is contagious and they’ll always be the one leading the wave and pumping up the crowd with chants.  They wear head-to-toe sports memorabilia, a flashy wig, or an attention grabbing costume, and are no stranger to the Jumbotron. Chances are they have a tattoo of the team’s logo or their license plate supports the team at the very least.

The Enemy:
Of course there will be opposing fans in attendance, but these fans are relentless when it comes to booing and mocking the home team. They’re typically the ones that get into arguments with the drunk fans and we all secretly love it when they get kicked out.

The Wifey:
These are the ladies that most females would love to be… or the ladies that most males wish they were with. Their perfectly coiffed hair and professionally styled outfits look impeccable among the crowd of sports fans. It’s no wonder the players locked these women down.