No summer would be complete without an unforgettable weekend away with your closest friends.

Alas, there’s nothing quite as special as escaping the city for a few days and sharing some laughs with your buddies under the stars.

But instead of staying at a predictable summer cottage or your family’s trusty campsite this summer, you could consider switching things up and staying at a more exclusive getaway – perhaps at a retreat owned by one of your favourite celebrities?

We all know how hard it is to actually meet someone famous, so why not go the extra mile and stay in one their homes?

If you’re in the mood to live like a celebrity, here are the 10 pads that you can rent this summer.

Aaron Paul
If you prefer the outdoors, this stunning Boise, Idaho pad needs to be at the top of your summer travel bucket list. The Breaking Bad star’s gorgeous two bedroom, two bathroom abode goes for around $525 CDN a night and comes with an indoor pool, wood-lined interiors, and a geothermal hot spring that powers the entire home. And no, there isn’t a meth lab on site. 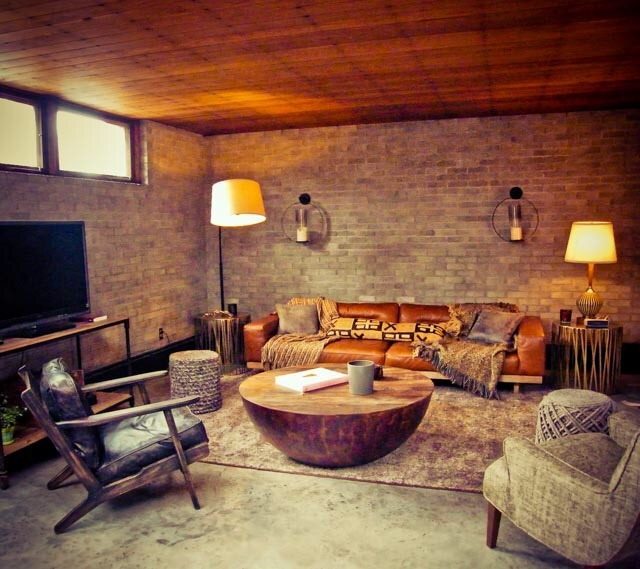 Wendel Clark
He might not have dazzled on the big screen, but he definitely did on the ice. This summer you and 14 of your friends can stay at the former Toronto Maple Leafs captain’s cottage, which comes equipped with 10 bedrooms, eight bathrooms, fishing gear, BBQ, pool table, and breath-taking views of Lake Rosseau. 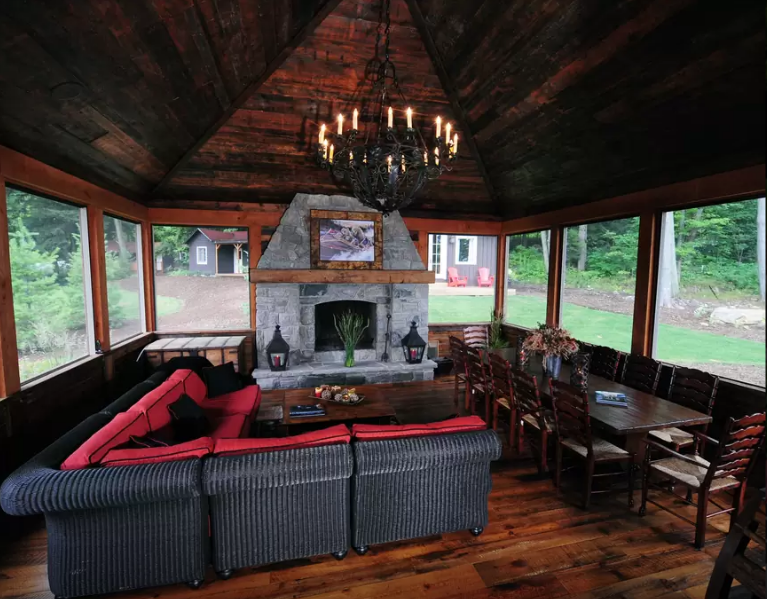 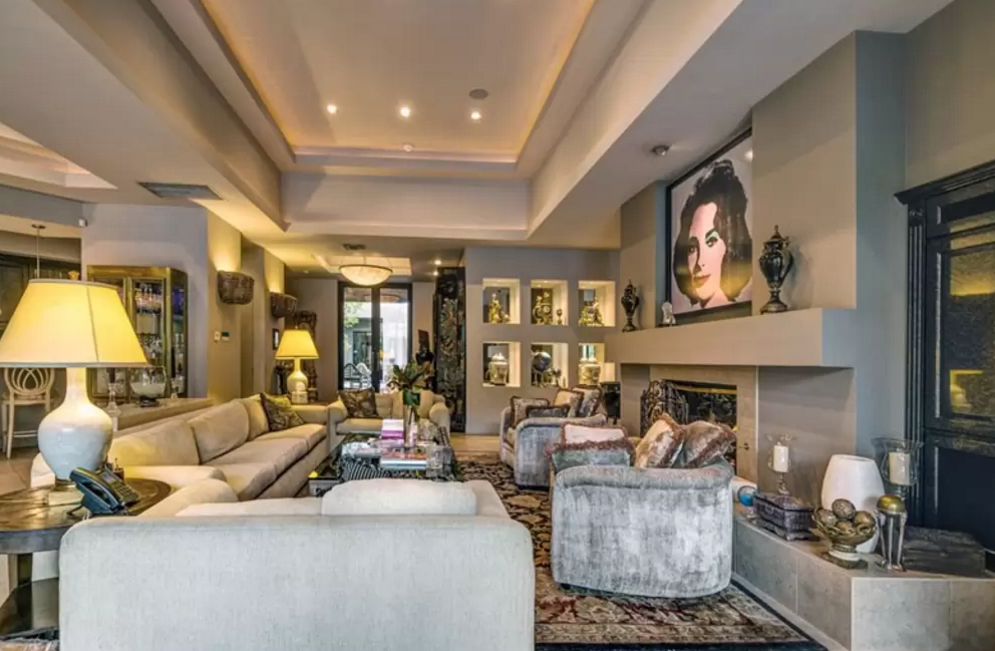 Karl Lagerfeld
The Villa “La Vigie” is one of the most prestigious villas on the Côte d’Azur and was home to Chanel creative director Karl Lagerfeld for more than a decade. The villa offers a magnificent panoramic view of the Mediterranean and boasts six bedrooms, four bathrooms, high-end appliances, and elegant décor. This lofty residence overlooks a stunning terrace, is surrounded by a tree-covered park, and has a jacuzzi that overlooks the sea.

Merv Griffin
The home of media mogul and entertainer Merv Griffin is available for rent. The property, which is known as the Merv Griffin Estate, is a Moroccan-inspired 13-bedroom home that sits on 39 acres in La Quinta, California. But you won’t just have access to Griffin’s house; in addition to the 5,400-square foot main house, there are four guest “pods” and two guesthouses, which will comfortably accommodate you and 16 of your friends. 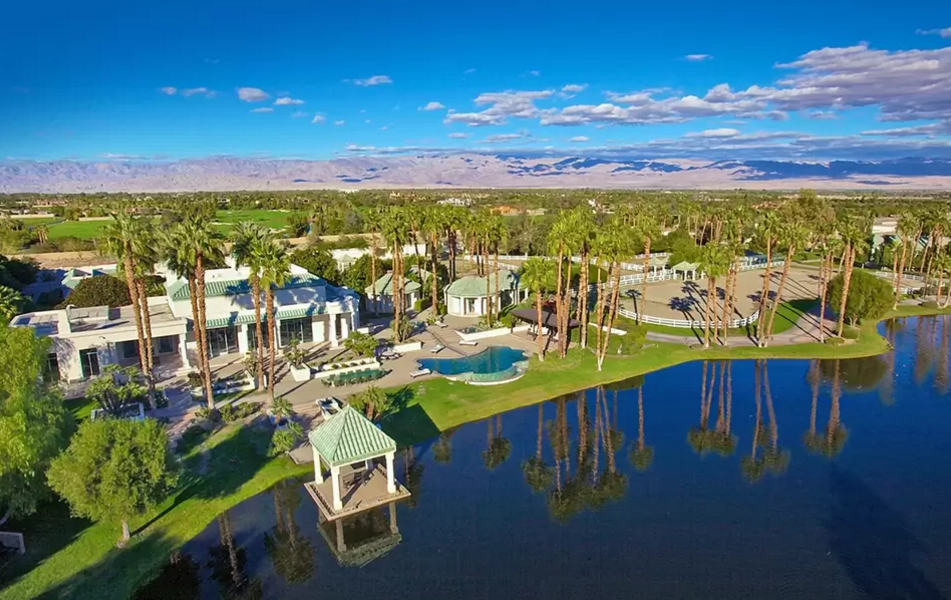 Richard Branson
No one does island living quite like Sir Richard Branson. You and your friends can either stay in one of Branson’s breathtaking rooms, or you can rent the entire 74-acre island for yourself. Located on Necker Island, this tropical paradise is unlike anything you’ve seen before. Branson bought the island when he was 27 years old to impress his soon-to-be wife and has since turned it into a tropical paradise for some of Hollywood’s biggest stars.

Frank Sinatra
Here’s your chance to stay in Ol’ Blue Eyes’ dream house. Sinatra had his stunning Twin Palms abode built in 1947 and it was where he hosted the valley’s most glamorous parties with Hollywood’s brightest stars — oh, if these walls could talk. The four-bedroom estate features a piano-shaped pool, plenty of Sinatra memorabilia and famous artworks, and pool house with a wet bar. Leonardo DiCaprio
If you’ve dreamed of meeting Leo, this might be the closest you’ll get to being in the same room as him. The A-lister and environmentalist has his swanky Palm Springs pad available for rent. Designed by renowned architect Donald Wexler in ’64, this modernist estate exudes luxury and comes with six bedrooms, seven baths, a sauna, a guest house that overlooks the pool, and the tennis court. 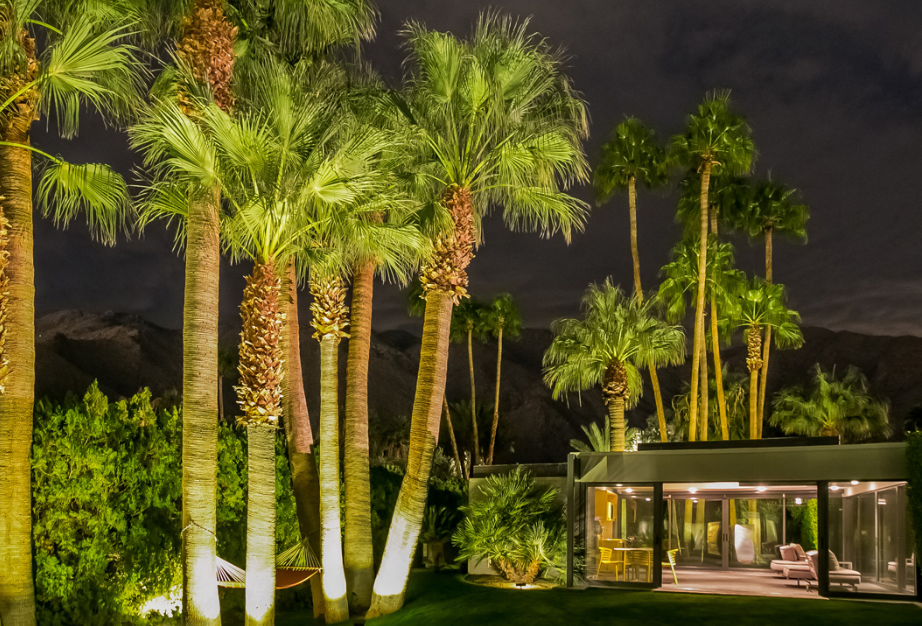 Bing Crosby
This iconic 1934 hacienda is located in the old “Movie Colony East” district of Palm Springs and was owned by legendary crooner Bing Crosby. The White Christmas singer’s swanky pad comes equipped with a heated swimming pool, fireplace, state-of-the-art chef’s kitchen, and its own private citrus grove. The former homes of Frank Sinatra, Bob Hope, and Howard Hughes are nearby. 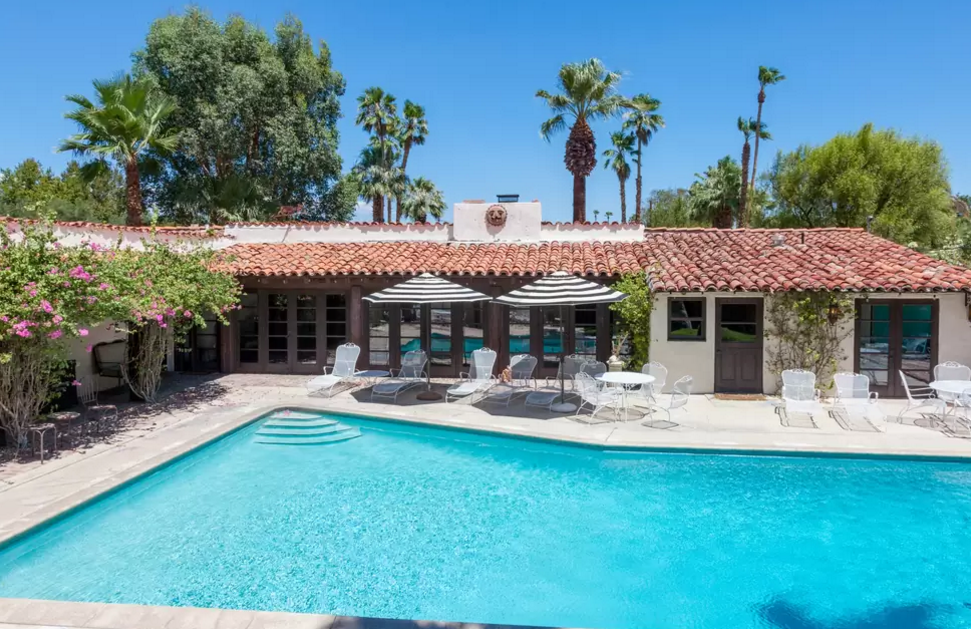 Jimmi Hendrix
Walk the same halls as one of rock n’ roll’s greatest musicians. Hendrix lived in the Hawaiian getaway while he filmed Rainbow Bridge. The Gingerbread House is a studio cottage located on 4.5 acres of land that features a stream, vegetable farm, fruit trees, and is adjacent to Maui’s Sacred Garden. 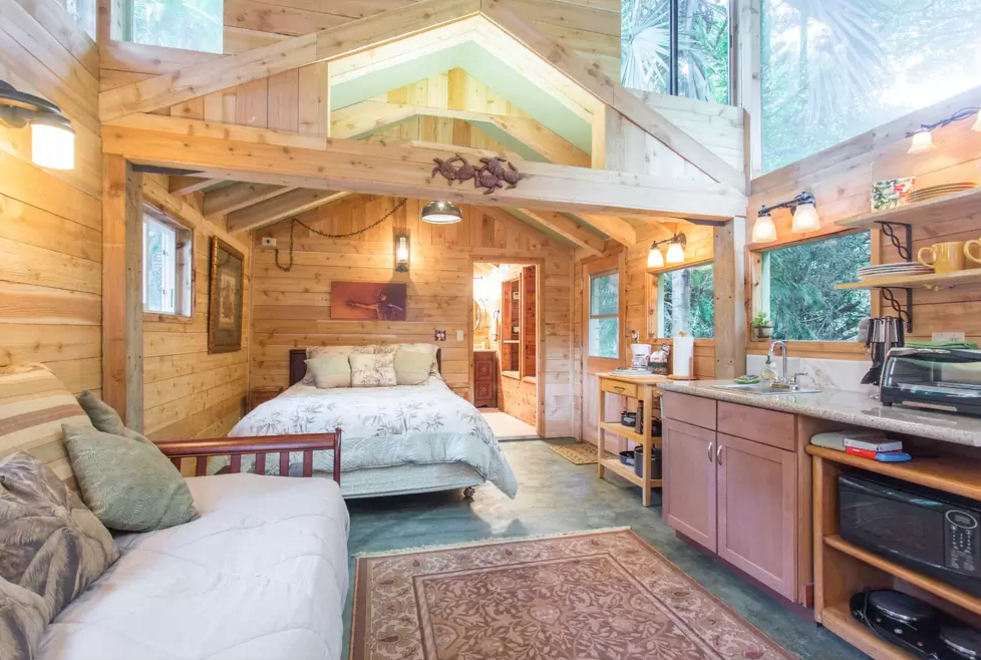